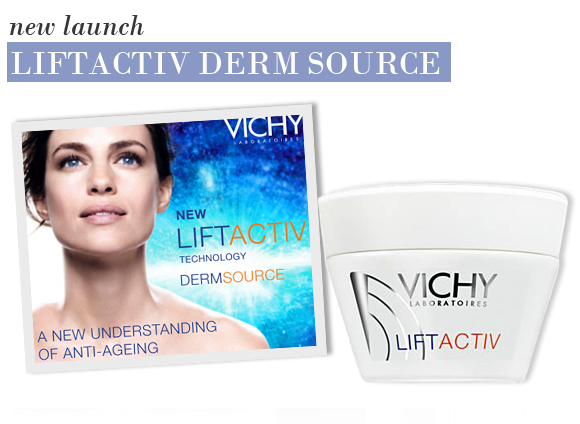 It’s the unassuming anti-ageing cream that’s being hailed as the facelift in a jar, the secret to beating wrinkles, and a means to ageless skin. It’s been widely covered in the press, notably the Sunday Times, the Daily Mail, the Daily Express and the Daily Telegraph, and best of all it’s being backed by scientists. The wonder cream in question is the Vichy LiftActiv Derm Source, and it’s gotten everybody in a flutter.

The innovative formulation has a 5% concentration of the sugar compound Rhamnose, which is derived from a tropical species called uncaria. That whole sentence may well have just drawn up a gigantic question mark for most people, and if it did I don’t blame you in the slightest! The bottom line is that Rhamnose is the most effective naturally occurring anti-ageing chemical out of 50 molecules tested. That shortlist of 50 was itself whittled down from a database of thousands, so it really is the best of the best.

The other intriguing thing about the product’s formulation lies in its targeting of the Derm Source, a layer of the dermis solely responsible for the regeneration of all the layers of the skin. That includes new cells, new fibres, new connections… everything that plays a part in skin’s vital make-up. Vichy identified the Derm Source and tested the Rhamnose’s ability to stimulate activity in this vital layer. Needless to say they were impressed with the results!

And now for the facts and figures – in trials, wrinkles were reduced by:

Impressive, no? I’ve got a sample that’s itching to be reviewed and there’s a press day on Monday, so no doubt you’ll be hearing loads about this cream in the coming weeks!

This entry was posted on Friday, March 18th, 2011 at 3:00 pm and is filed under New products, Skincare, Spotlight On. You can follow any responses to this entry through the RSS 2.0 feed. You can skip to the end and leave a response. Pinging is currently not allowed.

@escentual Trying to make it to January payday... #Valentino We have so much love for Kristen McMenamy and @MaisonValentino… https://t.co/Lr664ECUEn
1 day, 23 hours ago • reply • retweet • favourite