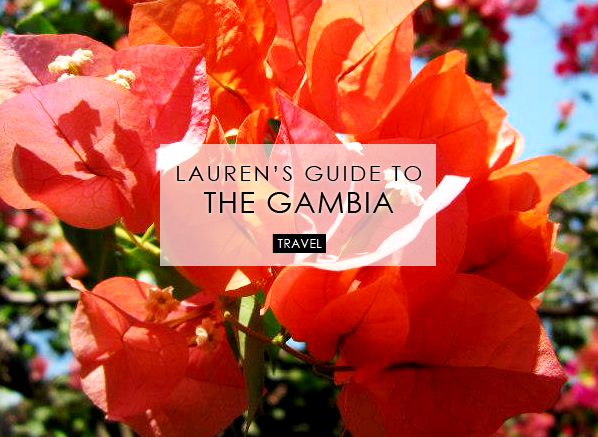 At the end of February I was lucky enough to be taken on a lovely free holiday to The Gambia courtesy of my Folks. Excitingly we stayed at Footsteps Eco-Lodge just outside of Gunjur which is fully dedicated to finding the best in eco-solutions and is powered throughout by solar panels.

The first thing that hit me when I got off the plane was the heat! That sounds naive I know, of course it was going to be hot, I was in Africa, but it really did knock me for 6! Once leaving the airport (and having my passport stamped for the first time ever!) we were picked up by an employee and escorted directly to Footsteps which was around an hours drive away from Banjul. 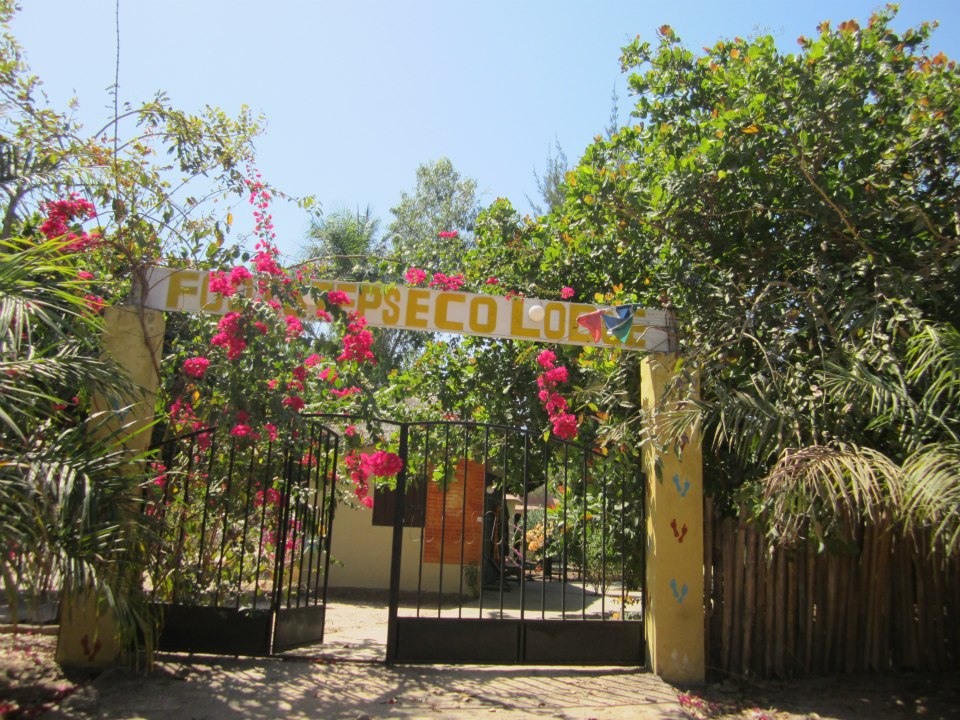 As soon as we got out of the car we were warmly welcomed by a vast array of different staff members and immediately shown our lodgings for the week. As there were three of us we were put in ‘Kaira Kunda’ cabin which had two lovely double rooms, kitchen, bathroom and living area, as well as a charming porch to sit on and watch the sun go down. We dropped our bags and changed into something more comfortable and went to explore our surroundings. At this point we were then greeted by the two lodge dogs who I fell in love with immediately!

First there was Annie (the orphan) who is 11 years old and is the designated guide. If you want to go to the beach, she will not only escort you there and back, she will sit with you and guard your belongings if you want to go and have a dip in the (freezing) Atlantic ocean! 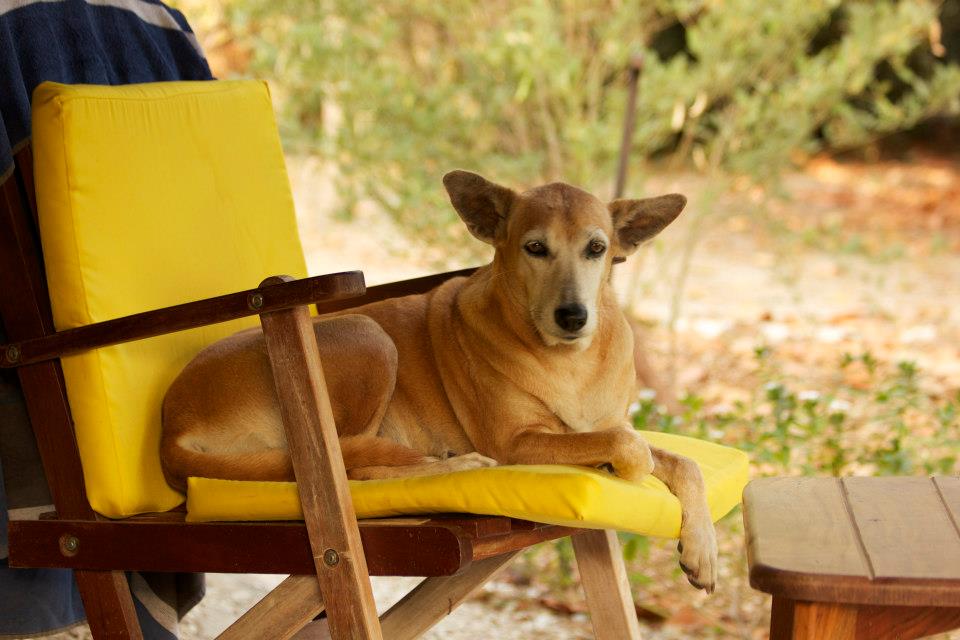 Then there is ‘Seven’ who funnily enough was seven weeks old when we visited. Another orphan, she was left on a beach with her brothers and sisters as her mother had passed away. Luckily she was rescued and had the number 7 tattooed on her ear to identify her, she was taken in by Lodge owners David and Linda and is growing at an exceptional rate! She was a little ball of fun and followed me everywhere, I was even given the responsibility of looking after and cwtching this cute pooch for the night when David and Linda had plans! 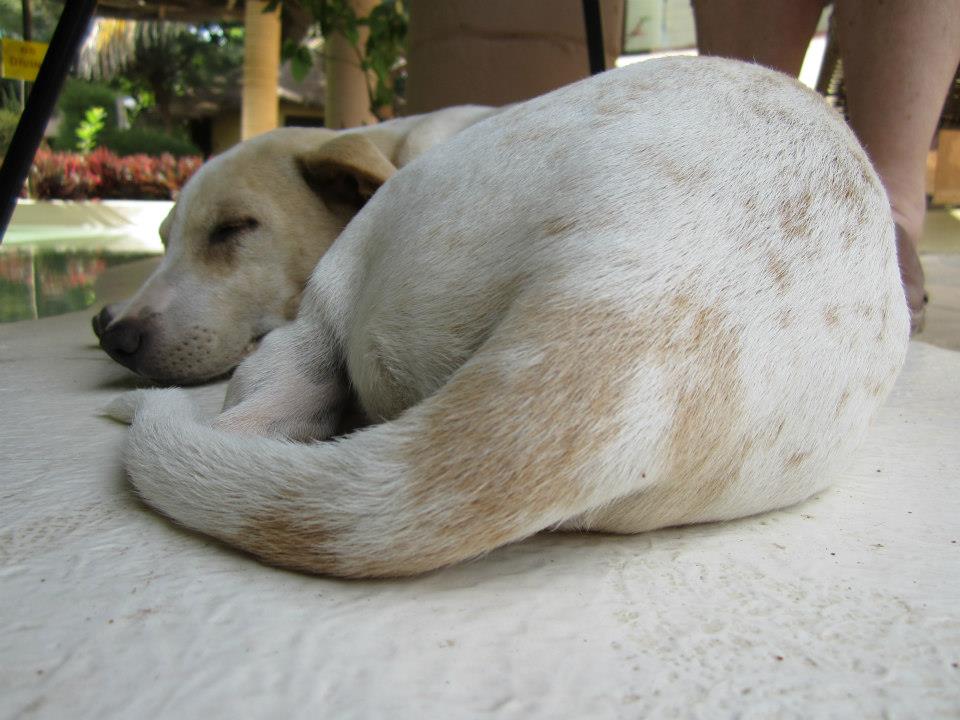 Every morning we would wake up naturally early because of the glorious sunshine coming through the curtains and would trundle off to get breakfast. It’s always nice when you go into a certain restaurant and you know the food is sourced locally and is fresh, but this was food with a difference. Not only do Footsteps grow as much of their produce as they can onsite, they pick it in front of your very eyes! There I was on my first morning taking in my surroundings, I’d ordered a fruit salad for breakfast and the chef came out of the kitchen, climbed a ladder and picked a few grapefruits from the tree in front of me. Moments later I had fresh grapefruit juice and a fruit salad that looked so good I felt guilty eating it.

After a filling breakfast Annie would take us to the beach and we’d spend a good couple of hours there until it became too hot and every day we went we were the only people there! It was just miles and miles of beautiful empty beaches! 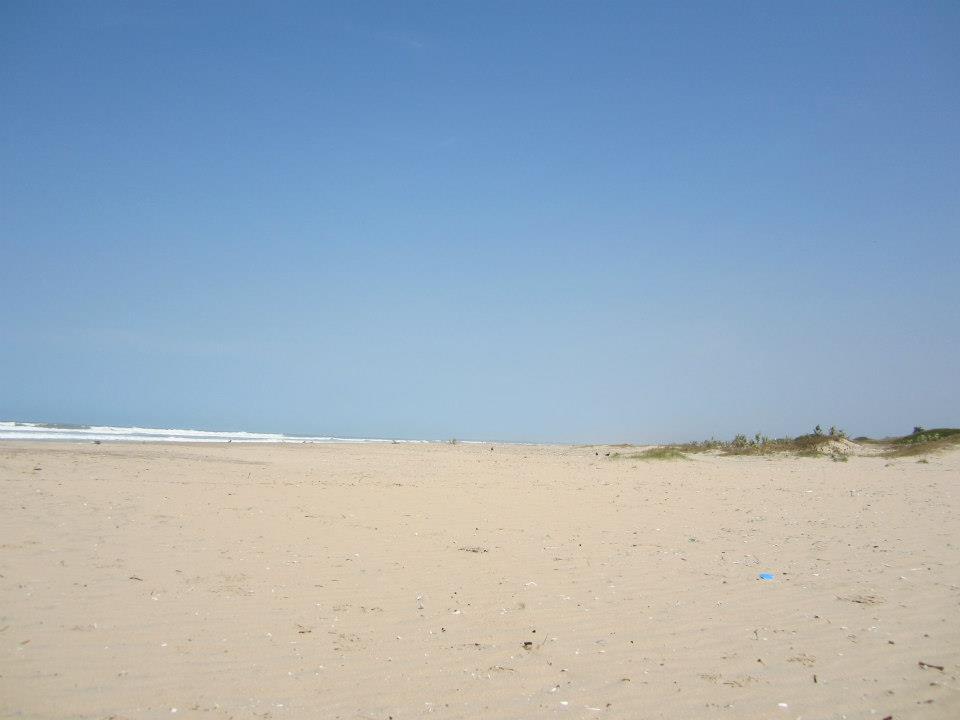 Obviously it’s always best to avoid the midday sun, but as I’m particularly fair and burn easily, I didn’t want to take any chances, even with the factor 50 I was wearing from La Roche Posay. After getting back from the beach my afternoons would be spent lying in a hammock reading my Kindle by the freshwater pool, with maybe the occasional bird spotting thrown in. Sounds taxing doesn’t it?

This holiday came at exactly the right time for me because you lot definitely got busy when you were ordering for your loved ones at Christmas! I was a little bit frazzled and in desperate need of some Vitamin D. I was not disappointed as all 7 days we were there were gloriously sunny and extremely hot, win!

The staff and guests at Footsteps Eco-Lodge were so helpful and polite and The Gambia is truly one of the most beautiful countries I have ever been to. It is full of conscientious, kind people who will go out of their way to make you feel welcome, wherever you are and this is something we really take for granted in the UK. For example if I got on a bus and a stranger said hello to me, I’d be hesitant to engage in conversation, but in The Gambia this is commonplace and not intimidating in the least. If you’re looking for some winter sun at a very reasonable price then please check out The Gambia because it makes a nice change from the typical holiday resorts we all know and love. Trust me, you won’t be disappointed.

A big thank you to David, Linda, Annie and Seven for an amazing experience x

Here is a photo of the happy holidayers after a week of detox, relaxation and sunshine! 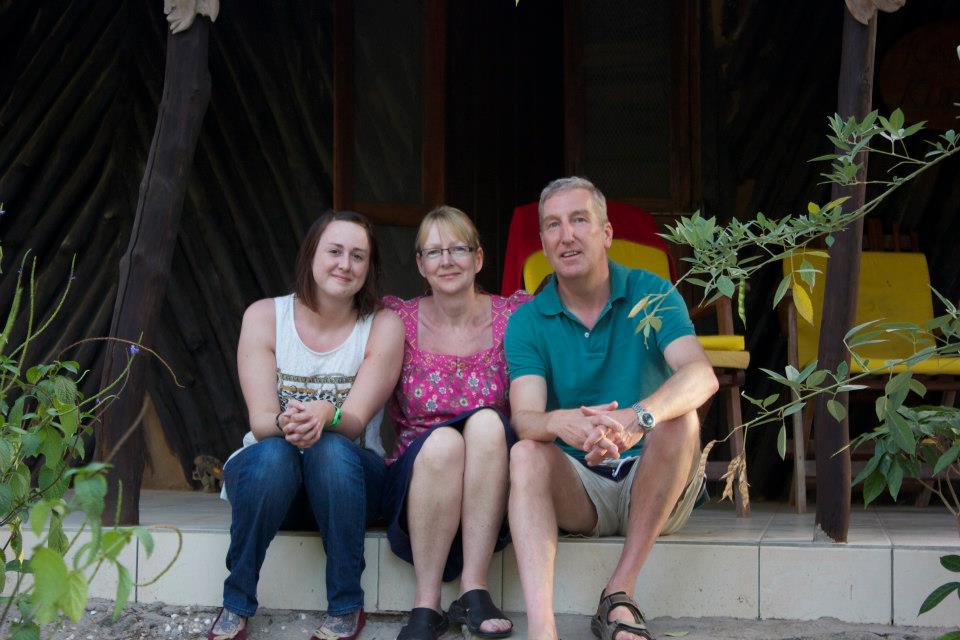 This melt in aftersun cream/gel really does melt into my skin. The fragrance is fresh and subtle which I love especially as it smells natural rather than synthetic. My sun kissed skin feels moisturised & soft. Its the only thing I want to wear after a day on the beach

This entry was posted on Wednesday, April 3rd, 2013 at 9:00 am and is filed under Guest bloggers, Lifestyle, Special Post. You can follow any responses to this entry through the RSS 2.0 feed. You can skip to the end and leave a response. Pinging is currently not allowed.

@escentual Did you know that we're a Cardiff based premium beauty retailer? 🏴󠁧󠁢󠁷󠁬󠁳󠁿
33 minutes ago • reply • retweet • favourite