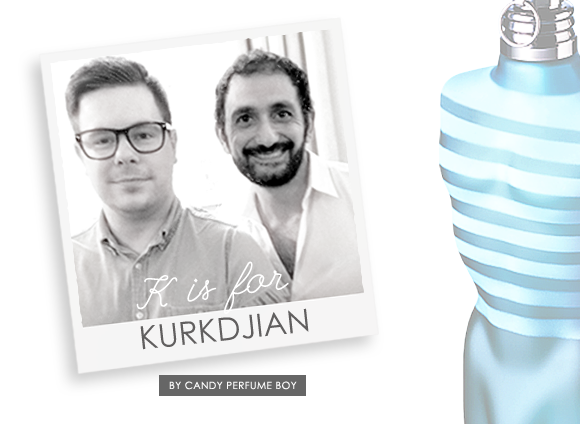 Perfumers are a fascinating breed with a rare ability to craft smell into their very own 3D worlds that can be and possess anything they wish. Some opt to create exclusively for others, crafting scents on behalf of designers and beauty brands whereas others put their name to their very own brands. There are of course those that do both, such as venerable perfume rock star Francis Kurkdjian.

You may not know Francis Kurkdjian’s name but you can bet you your bottom dollar that you have smelled or worn one of his creations. In his illustrious career he has created some of the most famous and highly praised perfumes on the market, and in that respect is a force to be reckoned with.

I had the great fortune of being able to meet Francis at a recent Perfume Lovers London event where he discussed the beginnings of his career as a perfumer in addition to some of the many perfumes he has created. As a speaker Kurkdjian is refreshingly candid and unafraid of speaking his mind. He may, at times be accused as coming across as a tad grumpy but personally in a world where perfume is either sold as a great mystery or with a good degree of, shall we say ‘fluff’, he is reassuringly direct and honest.

For such a talented and well-respected perfumer Kurkdjian’s olfactory beginnings were surprisingly humble. He described his first olfactory memories as being the scent of his mother and father – memories that are shared by almost every other human being on the planet.

Kurkdjian explained that his father was a fur dealer meaning that the women in his family had and wore an incredible amount of fur, the smell of which was “leathery, soft and lipsticky”. This, matched with the fact that his mother was an ardent fan of Guerlain’s classic chypre Mitsouko, makes for an impressive olfactory foundation, however It wasn’t until he was 14 that he became aware of perfume, an age that he says; “should be the right age “ for such a discovery.

Despite his huge successes in the field, becoming a perfumer wasn’t Kurkdjian’s first choice of career, having trained as a ballet dancer and with his initial preferences lying with the prospect of being a couturier. It seems that a number of perfumers find the world of olfaction when exploring the path of fashion, Mark Buxton too said he wanted to go to fashion school, and it’s understandable, the crafts of cloth and scent are inextricably linked.

But it was the world of perfume he chose, being attracted to the stories behind the smells themselves – the myths that make perfumes synonymous with their names. As Kurkdjian explains:

Kurkdjian is not one to create perfume for perfume’s sake and with each perfume he makes he tells a story, whether it be his take on the fantasy of the desert in Lawrence of Arabia or a crazy, sweaty night out in leather trousers, one can guarantee that whatever the story is it will be told in carefully considered words with messages that evoke strong emotions. 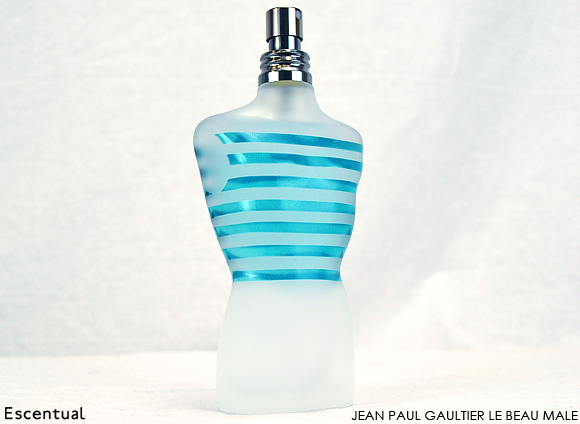 Kurkdjian’s debut on to the perfume scene was, as debuts go, rather extraordinary. The first perfume he created to be sold commercially was Jean Paul Gaultier’s Le Mâle in 1995 – a perfume that literally exploded (in more ways than one) onto the scene. The success of Le Mâle was unprecedented and it’s fair to say that it is responsible for placing both Kurkdjian and Gaultier firmly on the olfactory map.

Whilst creating Le Mâle, Kurkdjian gave it the nickname ‘New Beat’ in reference to the house music of the ‘90s, Gaultier’s stint on filthy-fun TV show Eurotrash and the soundtrack he released entitled ‘House Couture’. For ‘New Beat’ Kurkdjian created a masculine scent that defined a decade – a whopping great big barbershop fougère that speaks of muscle men in night clubs and high energy dance music.

Le Mâle wasn’t Kurkdjian’s only outing for Gaultier, in fact in the last 20 years the perfumer has created a number of fragrances for L’Enfant Terrible of fashion including the fizzy vinyl fruit of Ma Dame (2009), the ice-cold & faceless tuberose of the sadly discontinued Fragile (1999) and the gourmand skin musk of Gaultier2, not to mention the bitter absinth of this year’s Le Beau Mâle.

Whilst Kurkdjian has created a wealth of excellent fragrances for Jean Paul Gaultier he has also penned a vast number for other brands, all in a variety of styles but with each possessing his fastidious attention to detail.

Perhaps one of his most respected works is 2003’s Narciso Rodriguez For Her (a collaborative effort with perfumer Christine Nagel), a fragrance that started a trend for soft, blushing florals such as Sarah Jessica Parker’s Lovely and Guerlain’s Idylle. What makes For Her so wonderful is a delicate balance between sweet rose, patchouli and musk, that creates the impression of a pale pink bouquet of roses seen behind a veil of ethereal gauze.

The note of rose was also explored by Kurkdjian in Lady Vengeance (2006) for niche line Juliette Has a Gun – albeit in an entirely different manner. Lady V is a rose that is on the opposite end of the spectrum to the tenderness displayed in Narciso Rodriguez For Her and where the latter could be described as ‘delicate’ the former is more likely to be bestowed the moniker of ‘full-bodied’. Lady Vengeance is a bold blend of rose and patchouli entirely enveloped by a cloud of face powder and rouge – it may not be exactly vengeful in its nature but it sure knows how to dress up and most certainly paints the town red.

Kurkdjian’s more recent works have followed a theme of clean, light-bearing flowers and none have captured the essence of this style more perfectly than Elie Saab’s Le Parfum. Easily one of the best designer feminine releases in recent years, Le Parfum takes the narcotic note of orange blossom and transforms it into a white-hot beam of light, accented by sticky fruits, honey and a solid base of warm woods. 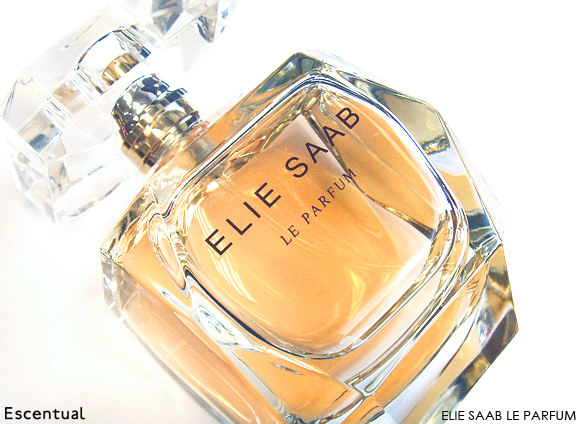 “Perfume is a trace of yourself you give to other people. A part of the wearer.”

In 2009 Kurkdjian was to open a brand of perfumes under his own name allowing him to take creative control (something not often offered to perfumers who usually work to strict briefs) over a line of fragrances that create a perfumed lifestyle for the wearer.

In his name the perfumes explore the globe, scent your home and your linen. They offer a complex simplicity that is easy to love and range from the refreshing clarity of Aqua Universalis to the transcendent (and surprising) beauty of OUD and the crazed honey beast of Absolue Pour Le Soir.

Whether he is creating for himself or other brands Francis Kurkdjian shows an unmatched understanding of the many expectations consumers have for perfume. He has the rare ability to craft both the sublime and the ridiculous, and all that’s in-between, making him easily one of the greatest perfumers of our time.

This entry was posted on Wednesday, August 7th, 2013 at 9:01 am and is filed under Candy Perfume Boy, Fragrance, Guest bloggers, Men, Spotlight On. You can follow any responses to this entry through the RSS 2.0 feed. You can skip to the end and leave a response. Pinging is currently not allowed.

@escentual Do you find applying SPF to your little one tricky? Try these three ways for making sure you apply SPF correctly to… https://t.co/Kw1Z1INnxA
5 days, 13 hours ago • reply • retweet • favourite

@escentual Looking for that #FridayFeeling? Prada Paradoxe is the perfect floral scent to carry you through whatever you have… https://t.co/ZzU00dQGmY
6 days, 6 hours ago • reply • retweet • favourite

@escentual If you cringe when we say: orange lines, white patches, tiger bread skin, streaks, and an orange hair line, then yo… https://t.co/pKqar5xzYg
3 hours, 17 minutes ago • reply • retweet • favourite