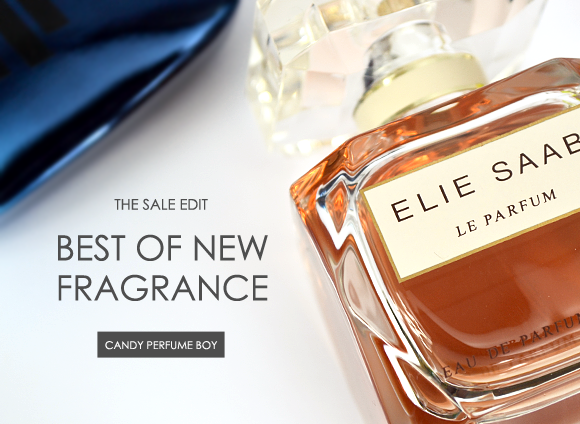 What’s that you say? At least 20% off all fragrances* on Escentual you say? Hold on one moment whilst I try to find my credit card…

It turns out that the news of a 20% sale at Escentual is enough to bring a huge smile to one’s face but also enough to send one’s credit card into hiding. In all seriousness, however this fragrance sale is the perfect opportunity to splash out on a new perfume for your collection.

On top of this, the great thing is that there are also lots of interesting and shiny new launches to get one’s hands on and with 20% off there is absolutely no excuse not to grab something new and exciting. Here you’ll find The Candy Perfume Boy’s pick of the wealth of new fragrances launched for this season at Escentual, in particular three fragrances that will satisfy one’s nose as well as one’s wallet. 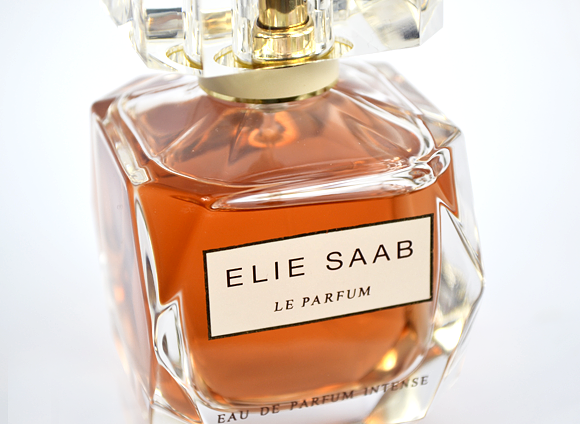 The first thing one’s greedy little fingers would be grabbing for is the brand new Elie Saab Le Parfum Intense. This richer, headier and altogether more intoxicating interpretation of the Elie Saab signature scent takes the effervescent light of the original and turns it into a cashmere wrap of golden warmth.

Orange blossom is still the key theme but in Le Parfum Intense the sunny white flower is supported by a velvety layer of creamy vanilla. The result is a decadent, plush and wonderfully enveloping oriental that strikes just the right balance between couture and comfort.

When Elie Saab released Le Parfum in 2011 one thought that it would be difficult to improve upon such a blindingly good formula, but goshdarnit they’ve only gone and done it! Lovers of the original Elie Saab should consider Le Parfum Intense as a must-sniff (especially as the weather turns cooler) and with 20% off in the Escentual sale there is absolutely no excuse not to give it a whirl. 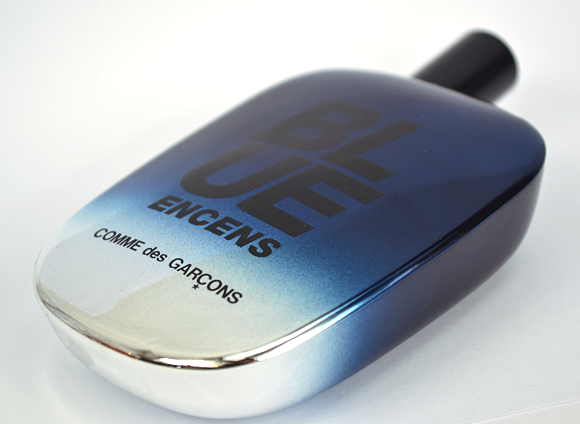 The plucky people over at Comme des Garçons are well known for their cerebral yet functional perfumes that are, for the most part, excellently crafted and superior in intelligence when compared to many other designer launches. This year they have released their latest collection – ‘Blue Invasion’ – a line of three fragrances that are unusual and very ‘Comme des Garçons’ takes on the colour blue.

Blue Encens, one’s pick of the bunch, is a spiky, peppery incense with warm ginger, cinnamon and clove-y notes that transitions to an equally spicy base of cool juniper and woods. Like all three of the fragrances in the ‘Blue’ collection it doesn’t evoke the colour as such, but rather it creates the image of a vast blue sky over miles of expanding grey forest.

With Blue Encens, and the entirety of the Blue Invasion line (Blue Santal and Blue Cedrat being the others) for that matter, Comme des Garçons proves that a ‘blue’ fragrance doesn’t have to be aquatic, oceanic or generally water-based. Instead the colour blue can represent a richer tapestry of sights, sounds and smells. 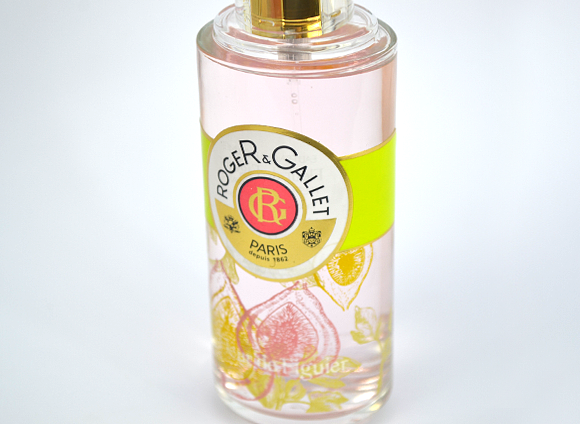 Roger & Gallet are famous for their simple yet pretty fragrances that are worn like a second skin. Scents that don’t demand a particularly large amount of attention and have an easy-going, every day feel about them.

Fleur de Figuier, the brand’s latest launch is possibly their prettiest yet and it most definitely feels like the most fully worked-out fragrance in the line. Created by venerable perfume Francis Kurkdjian (Elie Saab Le Parfum, Jean Paul Gaultier Le Mâle and Juliette Has a Gun Lady Vengeance) Fleur de Figuier presents the humble fig note in all of its tart, jammy glory.

The green leaves, purple skin and bright red pulp are all neatly captured in a darling little package of sweet fruit. The ‘floral’ aspect is downplayed significantly, opting instead for a milky blend of transparent musks that give the whole thing a great big lift and allow it to diffuse in the air.

Fleur de Figuier is best described as a ‘no-fuss fragrance’ one that can be spritzed on at a moments notice for any occasion. Sometimes a scent just needs to smell good and in that respect Fleur de Figuier definitely hits the mark.

What are your favourite new launches?

What will you be picking up in the fragrance sale?

Please leave your thoughts in the comments box below.

This entry was posted on Wednesday, September 18th, 2013 at 9:00 am and is filed under Candy Perfume Boy, Fragrance, Guest bloggers, Offers. You can follow any responses to this entry through the RSS 2.0 feed. You can skip to the end and leave a response. Pinging is currently not allowed.

@escentual Want to #win all of these niche fragrances worth over £1000? Enter on Facebook: https://t.co/W2bXuhBWos https://t.co/Bhf2tVDl5d
1 day, 3 hours ago • reply • retweet • favourite

@escentual NIOD are all about research and innovation, which is why Kate thinks that they’re a brand you need to know about if… https://t.co/Bh8HIGKtp9
3 days, 1 hour ago • reply • retweet • favourite