A Guide to Oriental Fragrances by The Candy Perfume Boy 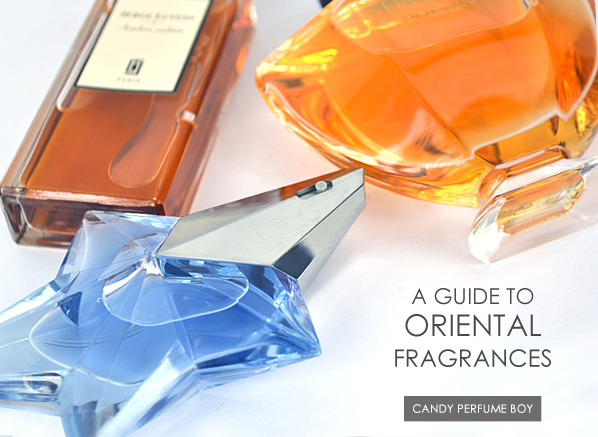 It’s at this time of year that one stashes away the summer scents and breaks the emergency glass to seek warmth in a plethora of rich, heavy and balsamic scents – perfumes often known as the Orientals. For such a beloved genre, the origin of the Oriental is slightly harder to pinpoint than that of the Chypre. It very much appears to be a genre that has evolved over time and one that continues to change and develop today.

Unlike the Chypre, the Oriental doesn’t have a signature accord or a specific and small cluster of ingredients. Instead the world of the Oriental is much more wide-reaching, encapsulating types of ingredients such as; spice (cinnamon and clove specifically), wood, resin, vanilla and benzoin, in addition to any style of fragrance that serves to evoke images of exotic lands.

This article looks at three different perfumes that map the trajectory of the Oriental from its humble beginnings to the present day. Here you’ll find one classic, one modern and one contemporary example of the Oriental genre, showing just how the genre has evolved over the years and covering perfumes from three of perfumery’s most well-respected houses.

The absolutely most famous and classic Oriental is Guerlain’s Shalimar, a perfume that has defined the genre since its release in 1925. Shalimar’s creation, much like the birth of the Oriental, was a relatively organic process and legend has it that the perfume was born when venerable perfumer Jacques Guerlain accidentally poured an overdose of vanillin (a compound of the vanilla bean) into the house’s abstract fougère ‘Jicky’.

Whether this story of happenstance is fact or fiction is beside the point as the release of Shalimar was instrumental in bringing the dream of the exotic Orient in to the mainstream of French perfumery. Named after the Shalimar gardens in Lahore, Pakistan, Guerlain’s flagship fragrance tells the tale of the legend of Shah Jahan and Mumtaz Mahal – a love story of epic proportions told by an equally impressive perfume.

In Shalimar, the brightest of bergamots shines in the opening, capturing the idea of a bright Pakistani morning. Iris powder and vanilla are used to give the impression of sweet dust in the air and as things develop this sweetness subdues, allowing the vanilla to reveal its smokier facets, before making way for the heavy and animalic balsamic base of robust, civet-soaked resins.

Shalimar is the Queen of all Oriental perfumes and is often considered as Guerlain’s magnum opus. It speaks of the orient whilst evoking the image of flapper girls in the ‘20s and raucous, jazz-filled nights out on the town. Sniffing Shalimar is an essential part of any perfume-lover’s olfactory education and in its Parfum Extrait composition it could quite easily be described as one of the most pleasing smells on the entire planet. 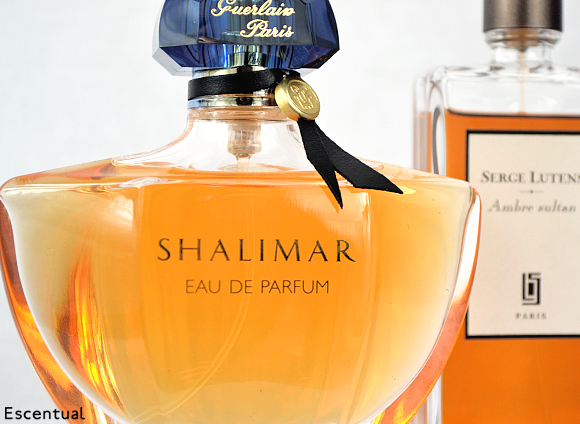 If Shalimar is the Queen of the Oriental then Serge Lutens is her beloved king. Growing up in France but now residing in Morocco, Lutens has a thirst for the richer, deeper and more exotic side of perfume, presenting a wealth of unique and surprising takes on the genre amongst his stable of fragrances.

Perhaps the best example of Lutens’ foray into the world of the Oriental is ‘Ambre Sultan’. Despite being launched in 1993 it still feels decidedly modern and shows the difference between the Orientals of the early and late 20th century. Here the oriental is seen as drier, more herbaceous and somewhat harsher, creating a less idealised and more vivid interpretation of the Orient.

The funny thing is that Lutens’ wouldn’t classify Ambre Sultan as an Oriental, in fact he rather pompously states (in true Uncle Serge style –we’d have him no other way, of course) that it is “not an Oriental, but an Arab and a Lutens”. But the truth is that this particular Oriental, not only uses the key ingredients of the genre such as amber, labdanum and vanilla, it also captures the spirit of a foreign place, in true oriental style, making it a thoroughly modern perfume that captures the best of both worlds. 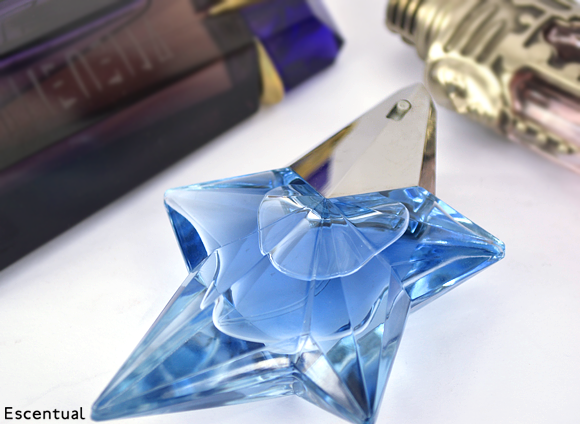 When it comes to being daring with perfume, no brand is more successful than Thierry Mugler. All three of their pillar fragrances – Angel, Alien and Womanity – are entirely unique compositions that are definitely the most distinct trendsetters within the industry and each fragrance is created to divide opinion rather than cater to the lowest common denominator.

Launched in 1992, Angel was Mugler’s first fragrance and it is still one of the best selling perfumes in the world today. Created by perfumers Olivier Cresp and Yves des Chiris, it is an avant-garde Oriental structured with the same angular lines as Mugler’s fantastical fashions. But Angel is no straightforward Oriental, far from it in fact, instead it holds the hallowed status of being the first fragrance of its type – the Gourmand Oriental.

This contemporary take on the Oriental genre sees the classic notes of vanilla and patchouli paired with delectable dark chocolate, caramel, exotic fruits and gorgeous white flowers. The result is a drag queen of a perfume where the plushness of intensely sweet gourmand notes is contrasted against the bitterness of patchouli and severity of flowers. Imagine a 10 foot Glamazon, capturing the best of both masculine and feminine characteristics, clad head to toe in fierce Mugler couture and you’re on the right track.

The key to Angel’s success is its divisive nature – meaning that one will either love it or hate it. It’s often said in fact, that Angel chooses her wearers and once this contemporary Oriental has her victim in sight there is simply no escape. Whether this would be death by chocolate or Oriental heaven is down to you…

Another masterpiece from Monsieur Lutens. My first impression, when i first tried Ambre Sultan, beside the aroma, was the superb quality of the raw materials used to built it. This is orient in a botlle. The fragrance strikes with all its splendour, warmth and exotism due to the glorious combination of vanilla, benzoin and labdanum. Patchouly gives it earthiness and sandalwood makes it creamy, the atmosphere is dry, sweet and sexy. This sultan can take you into a memorable journey in his flying carpet, a dust of gold surrounding you.

This entry was posted on Wednesday, October 23rd, 2013 at 9:00 am and is filed under Candy Perfume Boy, Fragrance, Guest bloggers, Special Post. You can follow any responses to this entry through the RSS 2.0 feed. You can skip to the end and leave a response. Pinging is currently not allowed.

@escentual Looking for that #FridayFeeling? Prada Paradoxe is the perfect floral scent to carry you through whatever you have… https://t.co/ZzU00dQGmY
13 hours, 8 minutes ago • reply • retweet • favourite

@escentual If you cringe when we say: orange lines, white patches, tiger bread skin, streaks, and an orange hair line, then yo… https://t.co/pKqar5xzYg
1 day, 10 hours ago • reply • retweet • favourite

@escentual @CharlotteScan11 Hey Charlotte, So sorry for any inconvenience this has caused you. If you speak to our customer se… https://t.co/VmIKaNDuWS
1 day, 19 hours ago • reply • retweet • favourite