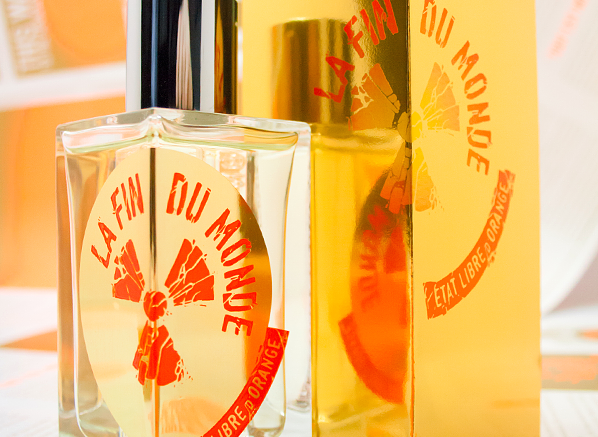 Extra! Extra! Read All About It! The Apopcornalypse is Nigh!

The end of the world. Doomsday. The Apocalypse. Judgement Day. Armageddon. The end of days. No matter what one calls it, one cannot deny that the human race has a morbid obsession with predicting, envisaging and romanticising the end of life as we know it on Earth.  Poets have written about it, musicians have sung about it and directors have brought their visions of apocalyptic destruction to the big screen.  Now it’s time for this most final of events to be captured in the transportive medium of perfume – so if one isn’t quite content with merely reading about or watching visions of the apocalypse, it’s now possible to smell the end of the world.

It will come as no surprise then, that the brand behind this olfactory representation of death and destruction is none other than Etat Libre d’Orange – the very same people that bottled the unforgettable (no matter how hard you try) smell of bodily fluids (Secretions Magnifiques); the squeaky clean, leather-clad bear (Tom of Finland); and the odour of filthy hotel sheets (Putain des Palaces) – so in reality, scenting the apocalypse is rather tame for our good friends over at the Orange Free State.

The perfume is called ‘La Fin du Monde’ (The End of the World) and is intended as Etat Libre d’Orange’s olfactory take on the most final of all events – the apocalypse.  But what exactly does it smell like? Well, as with anything these punky purveyors of perfume pop art do, this smelly doomsday isn’t what one would expect and the signature ingredient the brand has opted for is surprising, intriguing and more than just a little bit baffling – popcorn.  That’s right folks, in the weird and wonderful world of Etat Libre d’Orange and the mind of perfumer Quentin Bisch, the apocalypse smells just like popcorn. 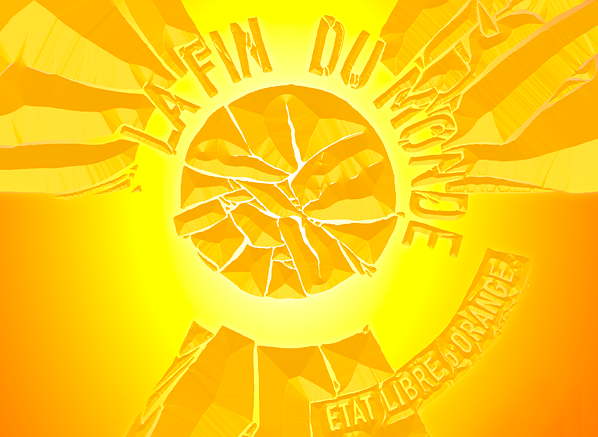 Popcorn is an odd choice and one that the brand doesn’t really explain.  For this blogger the link appears to be inspired by our love for apocalyptic movies.  From the high octane disaster action of Armageddon to the dream-like manic depression of Lars Von Trier’s Melancholia, us willing movie goers have spent many an hour glued to the silver screen, scoffing down bags of popcorn and watching the world burn.  This is La Fin du Monde.

The popcorn accord in La Fin du Monde is immediately recognisable.  The stale, sweet and musky smell of cinema snacks is omnipresent but abstract enough not to be entirely evocative of bags and bags of popcorn.  The most surprising thing about it is its overall subtlety, in the sense that it is both quiet in volume and in statement, meaning that one can wear it without feeling as if one is covered in sickly sweet kernels of savoury goodness.

In terms of death and destruction though, La Fin du Monde doesn’t entirely deliver.  One will find no blood and guts, no catastrophic explosions and a distinct lack of adrenaline-pumping fights for survival.  It does however, have a flinty, mineral aspect to it that feels like cold stone, almost as if the key image created here is of piles of cold grey rubble.  Lurking amongst this rubble is solitary blades of vetiver, softly burning in the embers of what used to be buildings – monoliths of the old world.  Carrot and orris add a rooty and vegetal sense of cold that floats free of the popcorn and rubble, creating an added sense of depth and hinting at something rather unsettling.

La Fin du Monde definitely isn’t as bold a statement as many of Etat Libre d’Orange’s other scents, instead opting for a warm, understated and autumnal vibe similar to the one found in Like This (Tilda Swinton in a bottle) rather than the shock value pop art of the brand’s many other offerings.  It’s also relatively linear with a slow burning development that wears very close to the skin, meaning that what one has when one first sprays is pretty much what stays throughout the fragrance’s lifespan.

All-in-all La Fin du Monde is an interesting little curiosity.  The popcorn accord, despite already being used in Serge Lutens’ Jeux de Peau, is joyfully novel and surprisingly wearable when combined with the fragrance’s more flinty aspects.  That said, it doesn’t quite convey the promised vision of the apocalypse, instead merely hinting at doomsday carnage.  But perhaps that’s the intention, and one would be a fool not to note the subtlety of hand here, and subtlety from a brand that is not used to such an approach lest we forget is definitely intriguing and refreshing.

Whatever their intentions with La Fin du Monde, Etat Libre d’Orange continue their reign as one of perfumery’s most renegade brands.  They do not fear the weird and unpleasant, in fact they actively embrace it, and it’s this fearlessness that makes for such enjoyable, thought provoking and wearable perfumes.  So if you’re not content just watching the end of the world on TV, why not grab a bottle of La Fin du Monde, spritz on a healthy dose and let the perfume take you on a journey.  Whether you’ll find chaos and destruction or a popcorn oddity is all down to your nose’s imagination.

The competition is now closed. Thank you to all who entered and join us in congratulating Susan, Ali, Kristen, Caleb and Freddie!

I had been lucky enough to sample Jeux de Peau while in France a few weeks ago and had to own a bottle of it. I was charmed by the slight burnt note, the milky facets and the drydown very akin to a skin scent. On me, sillage is quite low, but it is such an intimate scent that I don't care for projection. I find the scent difficult to classify, and am sure it is not to everyone's taste. However, as with most of Lutens's creations, those who love it will want to own it.

This entry was posted on Thursday, October 31st, 2013 at 11:20 am and is filed under Candy Perfume Boy, Fragrance. You can follow any responses to this entry through the RSS 2.0 feed. You can skip to the end and leave a response. Pinging is currently not allowed.

@escentual Do you find applying SPF to your little one tricky? Try these three ways for making sure you apply SPF correctly to… https://t.co/Kw1Z1INnxA
2 days, 21 hours ago • reply • retweet • favourite

@escentual Looking for that #FridayFeeling? Prada Paradoxe is the perfect floral scent to carry you through whatever you have… https://t.co/ZzU00dQGmY
3 days, 14 hours ago • reply • retweet • favourite

@escentual If you cringe when we say: orange lines, white patches, tiger bread skin, streaks, and an orange hair line, then yo… https://t.co/pKqar5xzYg
4 days, 11 hours ago • reply • retweet • favourite