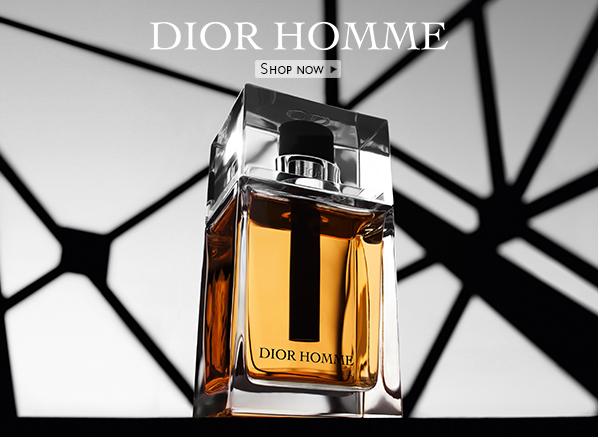 So far in our travels across the brutish and dandy-esque landscape of masculine fragrances in celebration of Movember, we have come across scents that can only be considered as classics – and deservedly so! After all, scents such as Guerlain’s Habit Rouge and Yves Saint Laurent’s Kouros are iconic pillars of the fragrance world worthy of the adoration they so regularly receive.

But perfumes don’t necessarily have to be over a certain age to be considered classic, in fact a select few that have been released within the last 10-years are so good, so distinct and so transcendently stylish that they can be classed within that honourable group of modern classics. A prominent case in point being Olivier Polge’s (Dior’s Pure Poison, Diesel’s Only the Brave and Van Cleef & Arpels’ Midnight in Paris) 2005 outing for Dior – Dior Homme.

Dior Homme, as the name attests, is Dior’s flagship masculine fragrance and was created as a blend of “tradition and modernity”, with the ‘tradition’ coming from the use of old-school perfumery materials such as iris, and the ‘modernity’ being the new and contemporary twist on a familiar theme. More importantly though, Dior Homme brings a touch of the feminine to a mainstream masculine fragrance, again through its surprising use of iris in a manly setting. It’s this soft touch of femininity that make Dior Homme one of the most intelligent and captivating fragrances around.

Iris is a flower that doesn’t smell particularly floral, due mainly to the fact that it is the roots rather than the petals that provide the scent. Instead, iris smells grey, powdery and earthy, with the most extreme examples (I’m thinking of Serge Lutens’ ode to Miss Havisham – Iris Silver Mist) smelling like cold carrots and turnips and the more wimpy examples (i.e. the light but very good Infusion d’Iris by Prada) falling at the sweeter, fizzier end of iris-dom. Generally speaking though, most fragrances that utilise the note fall somewhere comfortably in the middle of the spectrum and in terms of root vegetables, Dior Homme is no exception – but what it lacks in minerals, it more than makes up for in powder.

In the opening Dior Homme is cold, airy and dusty evoking the strange but pleasant aromas of face powder and old lipsticks. Right from the outset the iris is present and it feels unmistakeably luxurious with a finely milled and silky texture that gives the impression of the finest suede. Lavender is present too and is cleverly used as a support act during the opening. I say ‘cleverly’ because as far as fragrance notes go there are few that are as foghorn-esque and domineering as lavender, but here the lavender is used for its herbaceous and sweet facets – on the one hand adding sharpness to the tanned iris powder, whilst on the other providing an undercurrent of translucent caramel.

The use of lavender (thanks to its diverse spectrum of cold menthol and warm sweetness) allows for a smooth costume change, in which Dior Homme slips off the suede brogues and pulls on a dark brown leather jacket. At this point things warm up, slowly but surely, and what started out as the cool air from mother’s make-up bag shifts focus to cosy hints of cracked leather and bitter dark chocolate. This suggest that there’s a good degree of shape shifting in Dior Homme’s development and that assumption is pretty accurate, however the whole thing is so masterfully composed and the changes are so subtle that one barely notices that with time the fragrance has undergone an exceptional transition.

In the base, Dior Homme maintains its trajectory of change and settles to a silky veil of translucent iris with a barely-there base of velvety woods and pillowy musk. Touches of dusty/sweet vanilla push things into bookshop territory, presenting a highly stylised but rather accurate take on the odour of old books. How’s that for intelligent and captivating?

Dior Homme is, as you will have guessed by now, entirely unisex. It exists in the modern world where men are more concerned with their fashion and grooming habits than ever before. Through its use of traditionally feminine materials such as iris and lavender, Dior Homme borrows from the female sex much in the same way that the man it evokes acquires his skincare regimen from his girlfriend, and this makes for a fragrance that is as modern as it is in touch with its emotions.

If Dior Homme were to sport a moustache for Movember he’d go for something small and subtle. A mo that didn’t draw too much attention but instead fit seamlessly with his style. It’s understated elegance that makes Dior Homme not only one of the best modern masculine fragrances but one of the absolute greatest of all time (not to throw too much hyperbole around, but it’s true) so any moustache he rocked would be meticulously thought out and groomed within an inch of its life.

This entry was posted on Wednesday, November 20th, 2013 at 9:11 am and is filed under Candy Perfume Boy, Fragrance, Guest bloggers, Men. You can follow any responses to this entry through the RSS 2.0 feed. You can skip to the end and leave a response. Pinging is currently not allowed.