O is for Olfactory Oddities – The Fragrance A-Z 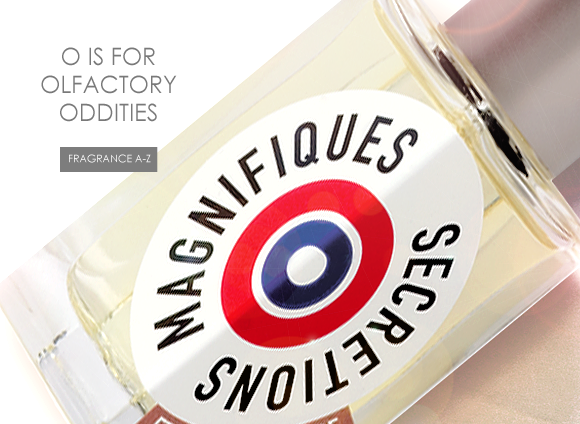 There is much debate over whether the craft of perfume is considered as an art form or not.  Some argue, that because it is ultimately a functional product created to ultimately make people smell good, a fragrance cannot be seen as a piece of art.  Whilst others are more adamant that the level of creativity involved in crafting a perfume means that it really cannot be considered as anything less than art.

My opinion sits somewhere in the middle.  Perfume is first and foremost a functional product but who is to say that something with a practical purpose cannot be artistic?  After all, what is a painting if it’s not a visual stimulus to entertain the eye?  A perfume is there to make a person smell nice but at the same time it can be so much more that that and seeing that one’s sense of smell is the closest link to one’s memories, it makes sense that a scent can be designed to evoke strong images and emotions, much like many forms of art.

Not all perfumes are artistic however, and it would be fair to say that those that have high artistic value are the ones that make a bolder and more unique statement.  In this post I have gathered together some of my favourite olfactory oddities – a selection of highly artistic fragrances that use shock tactics, unconventional pairings and bizarre inspirations to make for some of the most wonderfully bizarre scented experiences on Earth.  So if you’re a bit of a weirdo yourself (said with love, of course – I too am a weirdo), you may just find more than few things below to tickle your olfactory fancy.

Etat Libre d’Orange’s Sécrétions Magnifiques is one of the most infamous perfumes to have ever been created and its olfactory signature most certainly lives up to its shocking reputation.  Taking its inspiration from bodily fluids, namely; blood, sweat, sperm and saliva, this most intense and unique fragrant experience pushes the boundaries of what is acceptable as a functional perfume and as an artistic statement

What makes Sécrétions Magnifiques so interesting from an olfactory point of view is its mixture of harsh metallic, ozonic notes and creamy white flowers.  Together this blend of ingredients creates an unsettling accord that is uncomfortable but compelling at the same time.  Yes it smells a bit like wet dog and it might not be right up there on the wearability scale but it is just so darn audacious that one can’t help admire its, erm, err ‘boldness’.

Every perfume nerd should own a bottle of this fragrance for reference, oh and to shock their friends of course. 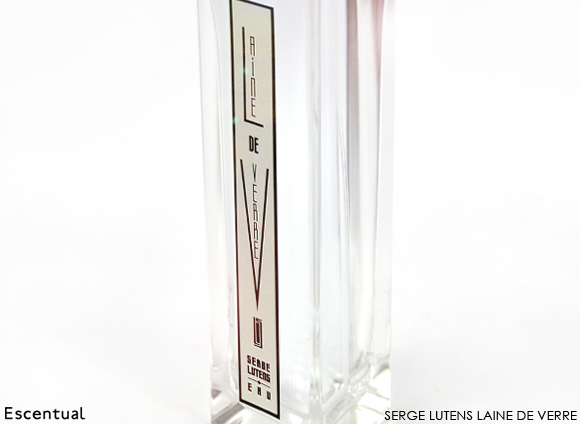 Serge Lutens is well known for speaking in riddles and launching fragrances that defy convention.  Most of his fragrances are hedonistic Orientals or deadly Florals that enrapture and sometimes bite.  He’s also well known for bucking the trend with his ‘L’Eau’ collection – a series of perfumes that is the antithesis of everything else he’s ever done.  Dear Serge certainly has a sense of humour and isn’t afraid to troll his own fans with these anti-perfumes that are decidedly un-Serge-like.

The most striking of Serge’s L’Eaus is the recently launched Laine de Verre.  Now those French speakers amongst us will know that ‘laine de verre’ is the French term for fibreglass.  That’s right, you heard me correctly – Serge Lutens and his lifelong perfumer pal Christopher Sheldrake have created a perfume that is reminiscent of loft insulation.  Anything really is possible in the world of perfume…

What’s so entirely fab about Laine de Verre is that it does, in the opening stages at least, accurately capture the odd yet compelling texture of fibreglass.  Using aldehydes, musk and Cashmeran, Lutens has created the perfume equivalent of waterlogged cotton, accurately crafting the unsettling texture that sets one’s teeth slightly on edge.  It really has to be smelled to be believed.

Most of the fragrances that perfumer Mark Buxton has created for the Japanese purveyors of interesting shapes that are Comme des Garçons, has been a robust ode to woods, spices and incense.  Comme des Garçons 2 (named as such because it is the second perfume to have been launched by the house) is unique because it bucks this trend, but also because it is a floral perfume unlike no other on the planet – a metallic and inky take on flowers.

Depressing the sprayer of Comme des Garcons 2’s shiny silver bottle unleashes a whirlwind of aldehydes – the glitter of the fragrance world.  A strange and alien rose sits behind this sparkle, hiding in the haze and pretending that it is any flower but the one it was born to be.  It’s spicy, milky and metallic, making for a bizarrely inky experience that is weird but at the same time, absolutely delightful.  The overall feel is of mercury dewdrops hanging from sleek black and silver flowers.  Sounds perfect doesn’t it? 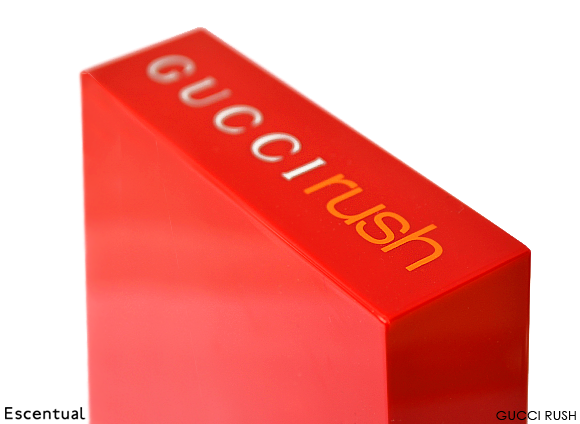 Ahh, Gucci Rush.  No perfume knows how to have a good time quite as much as thee.  Created in the late ‘90s (weren’t they fab? OK, maybe not…) under the artistic direction of the one and only Tom Ford, Rush is a perfume pumped full of adrenalin that intends to capture a euphoric hit of intense pleasure – it’s the olfactory equivalent of an ecstatic moment – of dilating pupils and arm hairs standing on end.

Whether it is intentional or not, Mr. Ford and perfumer Michel Almairac have created a perfume reminiscent of a raucous night out during the decade that fashion forgot.  Within Rush’s completely conspicuous red box there are tones of hairspray,milky body lotion, a whiff of amyl nitrate and a spray of vinyl-coated flowers.  Rush is a perfume with no grounding in nature – it smells entirely synthetic and is all the better for it.  What could be more enjoyable than a perfume that creates the image of entirely imagined and electrically charged flowers? Nothing.

Womanity doesn’t just have a weird name (a slightly clunky portmanteau of ‘Woman’ and ‘Community’); it’s also a complete oddball of a fragrance.  This will come as no surprise of course, after all Thierry Mugler is well known for bold artistic statements and Angel, Alien and A*Men are about as unique and divisive as perfumes come.  So Womanity follows Mugler’s oeuvre of loud, proud and iconic fragrances but does so in an uncharacteristically fresh and radiant manner.

In Womanity one finds a mouth-watering citrus accord that is sweet, sticky and aerial, paired with the milky pink and green tones of fresh fig.  This is all underscored by a salty shortbread note that is both buttery and biscuit-y in an unsettling yet intriguing way.  Now, if you’re reading this and thinking that a combination of materials such as this simply cannot work then you have seriously underestimated the power of Mugler.  In Muglerville anything is possible and Womanity serves as proof that a fresh citrus fragrance can be loud, unique and surprising.  God bless Mugler for making this wonder and for sticking by it.

this a lovely fragrance, really nice bottle and my husband has had so many compliments when wearing it.

This entry was posted on Wednesday, April 2nd, 2014 at 10:17 am and is filed under Candy Perfume Boy, Fragrance, Guest bloggers. You can follow any responses to this entry through the RSS 2.0 feed. You can skip to the end and leave a response. Pinging is currently not allowed.

@escentual Do you ever wear a particular perfume because it makes you feel a certain way? We certainly do! And we thought we'd… https://t.co/nnkFkKFwpp
5 days, 1 minute ago • reply • retweet • favourite

@escentual @Jack95862637 Thank you for reaching out. We are so sorry to hear you are experiencing problems with your order. Pl… https://t.co/kqOwj8mVDc
5 days, 22 hours ago • reply • retweet • favourite

@escentual A simple yet effective hydrating skincare routine for men, check! Have you ever heard of Lab Series? 🧴… https://t.co/A02ixAkXhK
6 days, 14 hours ago • reply • retweet • favourite