P is for Poison – The Fragrance A-Z

What makes a perfume a legend?  Is it simply success? Can the number of units shifted push something into mythical status? Or is it a case of something less tangible – character perhaps?  It would be true to say that those perfumes that possess a distinct personality tend to be revered, whereas those that aim to please all can fall by the wayside.  In fact, many of the world’s greatest fragrances are those that inspire feelings of both love and hate.  Divisive and legendary perfumes such as Thierry Mugler’s Angel and even Robert Piguet’s Fracas, are as such because they are daring and fearless – qualities that make for fragrances that break the mould and stand the test of time.

When one speaks of legends and olfactory-Marmite, they would simply be remiss not to speak about one of the most iconic of all – Dior’s Poison.  The house of Christian Dior launched Poison in 1985.  Scrap that, it’s not nearly accurate enough.  I shall rephrase: in 1985, the house of Christian Dior unleashed the olfactory diva that is ‘Poison’ on an unsuspecting public.  They thought that they were just making a perfume, but what they created was a scent that took on a life of its own and defined the decade.  Many fear Poison, and one can see why – she’s bold, brazen and, for want of a better term – ‘bad ass’.  But for each person that shies away from her perfectly manicured claws, there is one who embodies her forceful charm.  To be fair, she doesn’t offer up much of a choice. 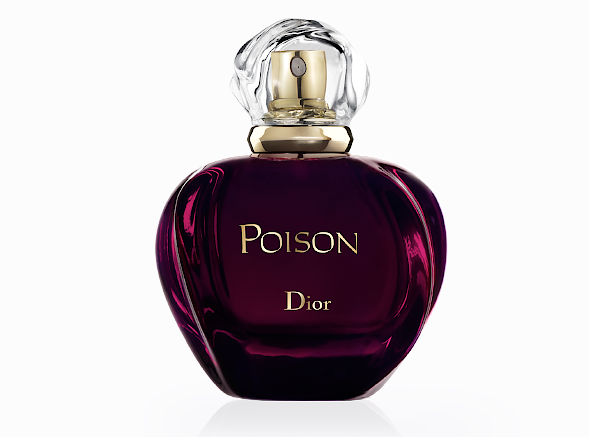 Edouard Flechier was the perfumer that penned the Poison and to make her as deadly as possible, he chose the most addictive and dangerous flower of them all – tuberose.  Blending the white hot, heady and narcotic tones of the flower that, in myth, was infamous for ensnaring virgins, with buckets of stewed plums and syrupy blackcurrant, Flechier fashioned a beast that prowled the streets, roaring vociferously so that all knew of her presence.  When fragrances in the ‘80s got so loud that nothing could stand out above the din, Poison simply snarled the loudest, silencing those lesser mortals with her fiercely floral voice.

What is perhaps most striking about Poison is that, underneath all of the noise – those big fruits and even larger flowers – she possesses an almost austere base of incense that feels icy cold and almost vulnerable.  Warm herbs and subtle spices provide an exotic touch that removes Poison from her French origins and portrays her as a curious potion found in the farthest corner of the earth – a peculiar venom unlabeled, yet impossible to resist.

To many, Poison is truly deadly.  But to others, she is a signature scent and a fabulous old friend that never leaves their side.  To me she is the fragrant equivalent of fabulous ‘80s fashion – all shoulder pads, gold lamé, big hair and ridiculously sized ruffles.  She’s the Alexis Carrington of the fragrance world and much like Joan Collins in this most infamous of roles, Poison may be vengeful and scheming, but boy is she stunning.  Just ensure that you make her your friend, because believe me when I say that you wouldn’t want her as an enemy.

Here’s to the fiercest fragrance of them all!

This entry was posted on Wednesday, June 25th, 2014 at 12:22 pm and is filed under Candy Perfume Boy, Fragrance. You can follow any responses to this entry through the RSS 2.0 feed. You can skip to the end and leave a response. Pinging is currently not allowed.

@escentual We joined Twitter 12 years ago today! Do we have any followers since then? #MyTwitterAnniversary https://t.co/hGNkVt0K8x
1 day, 7 hours ago • reply • retweet • favourite