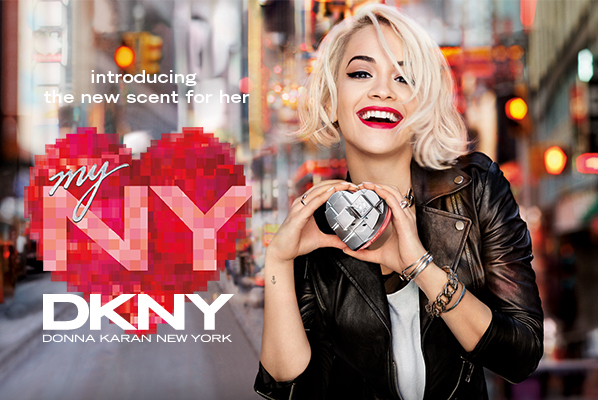 New York is a constant source of inspiration. Music and film, culture and fashion, architecture and poetry; it’s a city of dreamers, and a place where ideas and passions come to life. DKNY MYNY is DKNY’s tribute to the millions of women who call New York their home, and a fragrance that captures the energy and creativity of the fast-paced city.

Alongside fragrance behemoths DKNY Woman (1999) and Be Delicious (2004), MYNY is the third key pillar for DKNY. With this new addition, DKNY have created something of a “women of New York” trilogy: DKNY Woman is a classic stylista, and Be Delicious is a hedonistic trend-setter, and MYNY is the carefree and passionate creative. With its fresh fruity-floral scent, striking bottle and brand new face (the ever-gorgeous Rita Ora, no less) DKNY MYNY is a huge launch for the brand. So what did we think of the fragrance? 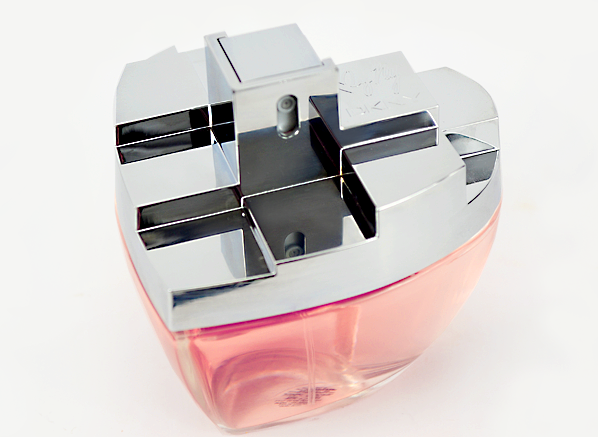 DKNY MYNY has an intriguing list of notes. Sure, it has the sweet fruits and vanilla accord that you’d expect of a modern fruity floral, but it also introduces richer, unexpected notes of galbanum, orris and ambergris, which enriches the fragrance with depth and texture. This textured frisson is the calling card of MYNY, reflecting the multiplicity of the geography, the culture and the people of New York. You could say it’s a little like an olfactory tour from neighbourhood to neighbourhood; from the refined floral heart of the Upper East Side with its delicate freesia posy, to the offbeat, fruity charm of the Village in the form of raspberry spiked with pink pepper.

Though the notes are diverse, there is a distinctive trilogy running throughout MYNY that makes the fragrance what it is: raspberry, vanilla and patchouli. Patchouli is the base from which the fragrance evolves, keeping the sweet flightiness of raspberry grounded whilst rounding out its tendency for sharpness, and giving the frothy vanilla note some ‘oomph’. The first half of the fragrance is characterised by this trilogy, almost dessert-like in its delectability, but I must admit it is the second half that is my favourite. About an hour into wear all traces of creaminess vanish, and you’re left with the most decadent orris, patchouli and amber combination. It’s the olfactory version of daytime giving way to velvet night, and it’s one of the most dramatic changes I’ve come across in a fragrance. MYNY is an intriguing scent indeed. 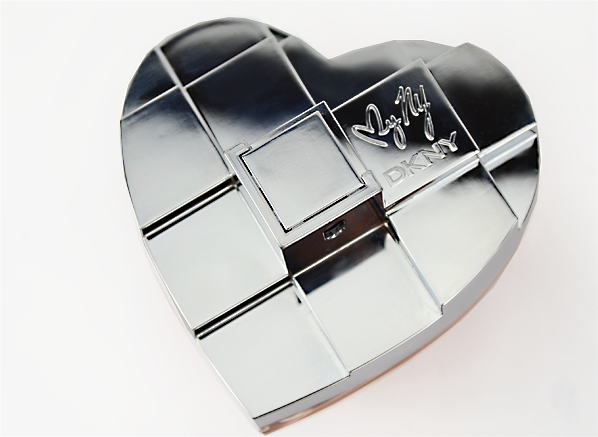 The bottle of DKNY MYNY is wonderfully clever. It gives a subtle nod to the sleek glass and metal fusion of Be Delicious, but with a distinctive new shape: a curvaceous heart crafted from pink glass in line with the pillar fragrance’s “I ♥ NY” message. The real show stopper is the metallic topper, which reflects the beauty of a New York skyline when looked at side-on. It’s a surprisingly tactile bottle to hold; simply push down on the tallest skyscraper to spray the fragrance.

And the muse of the new fragrance? Singer and actress Rita Ora, a woman every bit as dynamic as the City of Dreams. Born in Kosovo and brought up in the UK, Rita’s fairy tale of New York began when she moved to the city at 19, and she’s been living the dream ever since. As the face of both DKNY fashion and fragrances, Rita represents everything that is fresh, exciting and aspirational about the big city.

Congratulations to our winners Alison Clark and Heather Nixon!

We’ve got 2 gorgeous DKNY MYNY fragrance sets (RRP £73) to give away to 2 lucky readers! Each set includes:

To enter, simply comment below and let us know your favourite thing about the wonderful city of New York. The competition closes on Tuesday 26th August. Good luck!

No purchase necessary. A purchase will not improve your chances of winning. Contest begins 20th August 2014 and ends 26th August 2014. Winners will be selected in a random drawing on or about 26th August 2014. Two prize winners will receive the items stated above. If the winner doesn’t respond within 7 days, the competition will be redrawn. Prizes must be accepted as awarded; not redeemable in cash or credit.

This entry was posted on Wednesday, August 20th, 2014 at 9:43 am and is filed under Fragrance, New products, Tried & Tested. You can follow any responses to this entry through the RSS 2.0 feed. You can skip to the end and leave a response. Pinging is currently not allowed.

@escentual Our tip to get through #BlueMonday is to spray your favourite mood-boosting fragrance. What scent have you got on t… https://t.co/xzWEQURcKs
6 days, 1 hour ago • reply • retweet • favourite