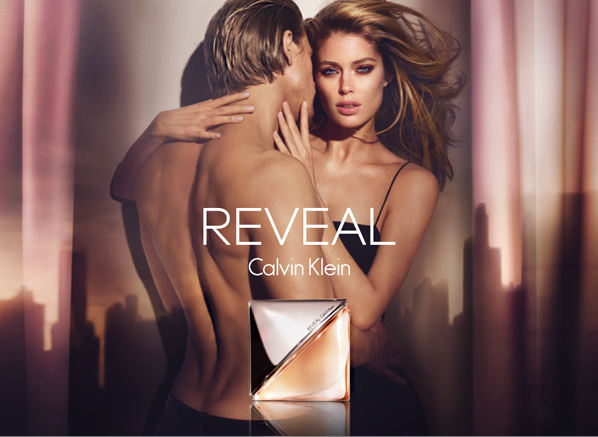 Speaking of interesting, the brand’s latest fragrance, Calvin Klein Reveal is most unexpected in the sense that it comes across as rather pretty in an entirely unconventional way. Nowadays a commercial fragrance must be a bit fruity, a bit floral and vague enough not to stand out. Reveal is unique because it avoids this and comes across almost demure when compared to much of the department store fare. Reveal strikes a chord because it is a subversive offering from a mainstream brand.

Developed by perfumers Bruno Jovanovic and Jean-March Chaillan, Reveal is described as being a “solar oriental” and merges an intriguing blend of flowers, spices and woods to create an unusual perfume that appears to straddle many genres. Reveal leaves one wondering what it is exactly. Is it Aquatic? Floral? Oriental? Maybe it is all of the above, but a perfume that leaves one guessing is most definitely worthy of a sniff.

Right from the outset Reveal is understated and comes out of the bottle with a muted sillage. The opening accord is a strange blend of fleshy fruit and sea salt that creates a novel, yet wearable marzipan effect that has just the right amount of freshness to it, to ensure that it is never overtly gourmand or sickly. Pepper adds a touch of snap, crackle and pop, but the overall effect is predominately warm and smooth.

The heart is a fuzzy figgy mélange of iris and fruit that feels almost sticky. There’s a golden glow to the warm and comforting feel of the heart that must be the ‘solar accord’, and it really does evoke the image of a glorious, burning sunset just as it dips below the horizon. The oceanic vibe hums along gently in the background and Reveal starts to develop a softer tone as it settles into the dry down.

That dry down is a multitude of woods in varying shapes and textures. There’s some sharpness thanks to cedar, but the main theme is plush and fuzzy woods, contributed by the creaminess of sandalwood and the velvety texture of cashmeran (an ingredient that is found in Mugler’s Alien). As the sun sets on Reveal’s development, one finds themself snuggling into its startling softness and golden, briny warmth – and it’s a really nice feeling!

Reveal isn’t a conventional Calvin Klein fragrance by any means and it doesn’t fit the mold of a generic feminine fragrance either. It treads a fresh, fruity and woody trail similar to that of Mugler’s Womanity, but in a much less bonkers manner and it manages to smell both unusual and comfortable at the same time. Reveal is a solid effort from a well-established brand that have, on this occasion, decided to celebrate the intriguing and the different, as opposed to stating the obvious.

This entry was posted on Wednesday, October 15th, 2014 at 5:30 pm and is filed under Candy Perfume Boy, Fragrance, New products, Uncategorized. You can follow any responses to this entry through the RSS 2.0 feed. You can skip to the end and leave a response. Pinging is currently not allowed.

@escentual Happy December 1st! 🎄 If you're ready to get in the festive spirit (or already in full festive mode), we think you… https://t.co/9z8q2WA6MK
18 hours, 17 minutes ago • reply • retweet • favourite

@escentual Kick off the Christmas party season with great hair and makeup! Choose your Christmas party look with the help of u… https://t.co/wDbqQGyKbL
2 days, 8 hours ago • reply • retweet • favourite

@escentual How are you going to wear your hair for the Christmas party season?🥳
2 days, 10 hours ago • reply • retweet • favourite