The Best Fragrances of 2014 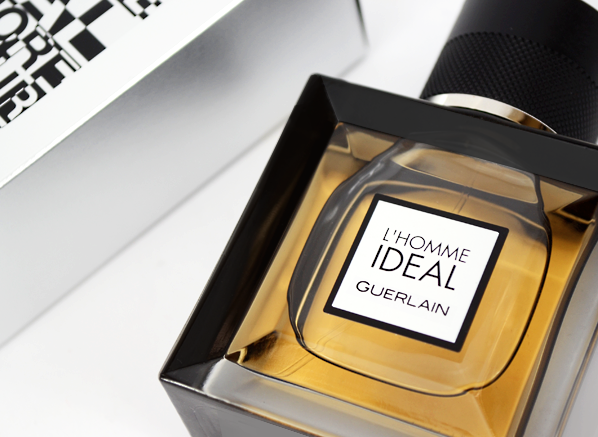 Well, that was the year that was!  2014 is officially on the way out, and it would be safe to say that it has been quite a year for the perfume industry.  Not only has there been a huge number of fragrance launched this year, a high number of them have actually been intriguing, beautiful and unusual, making for one of the most interestingly fragrant years in recent memory.  You go, 2014!

So, before we bid a fond farewell to 2014 and welcome our new friend, 2015, I’d like to take a quick look back at the year that was, and more specifically the fragrances that it brought to the world.  Below you’ll find a list of my favourite fragrances that joined Escentual’s roster in 2014 – they range from expansive feminine beauties to cheeky masculine numbers.  All-in-all, these are lovely scented treats, five in total, that sum up a very good year.

My first pick may seem like an obvious one, but in the world of masculine fragrance (a world that can often be lacklustre and clichéd) Guerlain’s L’Homme Idéal is a shining star.  This is a cheeky fragrance for the modern gent that displays a sense of humour by pairing the robust woods of ‘80s masculines with a cheery nod to the brand’s popular feminine fragrance, La Petite Robe Noire, via the medium of a delicious almond note.  The result is a modern masculine perfume that is self-assured but doesn’t take itself too seriously, all told via Guerlain’s inimitable gourmand signature.

Also impressing me on the masculine side of things this year was Valentino’s Uomo.  On first sniff, Uomo appears to tread similar ground to the chocolate, suede and iris signature of Dior’s modern classic, Homme, but on closer inspection it unveils intriguing gourmand nuances that set the Valentino apart from the Dior.  These little foody inflections centre around Italian notes of coffee, myrtle liqueur and gianduja, and add a layer of suave depth that provides a vibrancy that is impossible to resist.  Uomo is sexy, sophisticated and seriously handsome.

When picking my favourite feminine fragrance of the year I only had one name in my mind, and that name was Narciso Rodriguez’s NARCISO.  NARCISO is impressive because it is an exercise in subtlety and expansiveness.  Now, that may sound a bit like a contradiction but that’s exactly what makes NARCISO so impressive.  On the one hand, it presents an abstract gardenia that feels almost minimalist in its simplicity, but at the same time it gives this gardenia a skyscraper’s worth of height.  The result is a diffusive musky floral that is painted in nude tones of white and pink.  Only time will tell, but I’m sure it will be seen as a masterpiece in years to come.

I also found a good degree of fondness for Rosa Nobile, the latest fragrance from Acqua di Parma.  Again, much like NARCISO, Rosa Nobile is a fragrance based on simplicity with lots of clever work going on ‘under the hood’, as it were.  Here, the idea of a fresh bouquet of blush pink roses is presented in isolation.  Peony and lily of the valley are used as supporting acts to accent the naturally sharp, dewy and green facets of the rose, reinforcing the image of perfectly pink rosebuds covered in morning dew. It’s simply beautiful.

If you try but one ‘unisex’ fragrance from 2014 you best make it Opus VIII by Amouage.  I’ve said many times before that when one wants luxury and splendour, then Amouage is the only house to go for, and Opus VIII, the latest addition to their Library Collection, is perhaps the brand’s most resplendent offering to date.  Focusing on the familiar note of jasmine, Opus VIII is an entirely unfamiliar floral that turns the indolic white floral note into a hefty velvet curtain weaved from thousands of silver threads.  Frankincense and benzoin provide a gauzy texture to this euphorically beautiful fragrance, adding a coolness that floats in between the hot breath of jasmine.  You simply won’t smell anything else like this.

What are your favourite launches of 2014?  Let me know in the comments box below.

This entry was posted on Wednesday, December 31st, 2014 at 9:13 am and is filed under Fragrance, Men. You can follow any responses to this entry through the RSS 2.0 feed. You can skip to the end and leave a response. Pinging is currently not allowed.