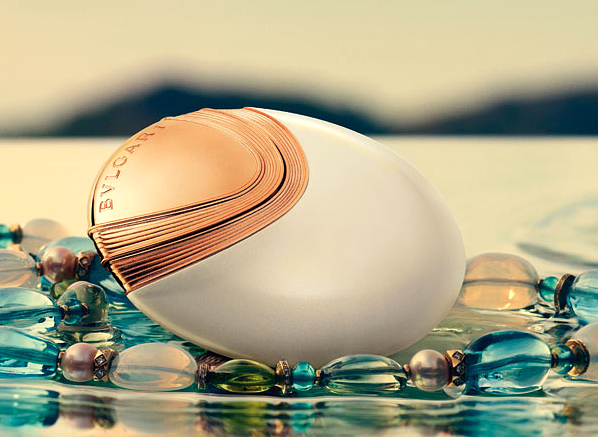 “A gleaming pearl resting calmly at the bottom of slow-moving Mediterranean seas”.  That’s how I would describe Bvlgari’s latest feminine fragrance, ‘Aqva Divina’, if I were asked to provide a neat little soundbite.  Luckily I have an entire column to wax lyrical about this new scent, which allows me to tell you why I think it’s particularly exciting in great detail.  So listen up you lucky, lucky people, because I feel that your attention needs to be directed firmly towards this lovely little gem of a perfume.

Aqva Divina is described by Bvlgari as a “new jewel born from the wonders of the Mediterranean sea”, and that seems fitting to me.  The fragrance captures the brand’s Greek and Roman roots, as well as flirting with oceanic notes.  It creates an experience that is glamorous and exotic but does so in a quiet and subversive way, avoiding the obvious traps of being obnoxious and gaudy, allowing one to experience a marine fragrance that truly is ‘divine’. 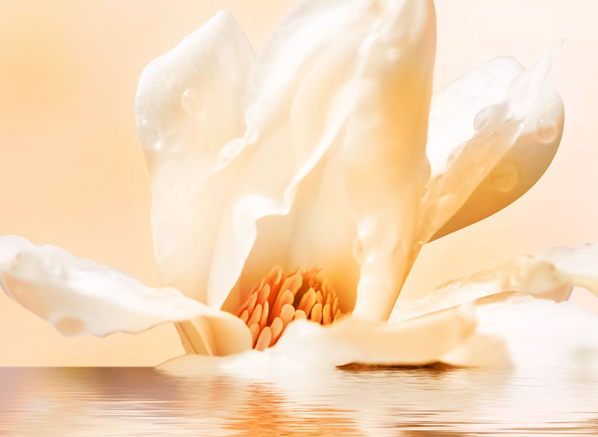 Base: Beeswax and Nude Amber

How Does it Smell

Aqva Divina is an intriguing composition right from the outset.  It opens with citrus, specifically the sharp, sparkling tones of dewy bergamot however, instead of being juicy and almost-drinkable, as bergamot and citrus notes usually are, there’s something a little bit unusual here.  There is a plastic-like sharpness to the notes, mixed with an underlying saltiness that is evocative of seawater.  To my mind, this blend of notes conjures up the image of a deep blue water line cutting sharply across the landscape.  It’s the point where the treasures of the ocean begin and the moment of anticipation before one dives through the meniscus into the aquatic world of wonders below.

But what lies beneath that clear, crystalline surface?  Well, the answer is white flowers, and plenty of them.  Underneath Aqva Divina’s salty top layer of bergamot and ginger, lies a field of ripe jasmine and magnolia flowers.  These blooms feel soft, creamy and ripe, with big, bold green stripes supporting them, almost as if there is a good deal of seaweed amongst those buxom white flowers.  The smooth pearlescence of the white flowers is carried up from the ocean floor on a wave of musk that is as light as air.  This makes Aqva Divina feel weightless and transparent, giving the impression of droplets of ocean air carried on a warm sea breeze.

As it dries down, Aqva Divina takes one much deeper into the ocean by displaying a more bitter and honeyed character.  Much in keeping with the rest of the fragrance, the feel at this point is still relatively transparent, but the mood is a little darker as the light from the surface fades.  Musk, amber (which is surprisingly devoid of any sweetness here) and beeswax reign supreme in the base, leaving Aqva Divina to end on a golden tone of warm sunlight.  Wonderfully, the salty marine effect of the opening resurfaces in the dry down, linking the whole thing together in one cohesive circle.  If only all marine scents were like this!

Aqva Divina was a real surprise.  Marine-inspired fragrances can so often come across as nothing more than obnoxious tsunamis of calone and sea bilge, failing to capture the sheer beauty of the ocean.  This fragrance doesn’t fall into that tired old trap.  Instead, it presents a variety of abstract elements; salty citrus, pearly white flowers with streaks of green, and transparent beeswax to present a vibrant picture of a tranquil ocean scene.  There’s also something very Grecian about Aqva Divina, almost as if Aphrodite herself wouldn’t feel out of place in this fragrance.  Yes, that seems right – I can imagine the Goddess of Love rocking this and a fancy cerulean silk number.  So, if you’re looking to serve some serious Aphrodite realness this summer (and let’s face it, who isn’t?!), then Aqva Divina should be the perfect olfactory accompaniment.

This entry was posted on Wednesday, April 15th, 2015 at 3:38 pm and is filed under Fragrance, Guest bloggers, Tried & Tested. You can follow any responses to this entry through the RSS 2.0 feed. You can skip to the end and leave a response. Pinging is currently not allowed.

@escentual Try the E-S-C-E-N-T-U-A-L SPF application method so you're always safe in the sun. Here are our #SunPoverty ambassa… https://t.co/lx3zk5o6Ym
8 hours, 50 minutes ago • reply • retweet • favourite

@escentual News just in! There's still time to enter our Instagram competition to be in with a chance of winning the Initio He… https://t.co/nbuTzL5pH0
1 day, 8 hours ago • reply • retweet • favourite

@escentual Thank you, Issey Miyake, for making the fragrance and fashion world a more beautiful place❤️ Your legacy will live on forever #isseymiyake
2 days, 11 hours ago • reply • retweet • favourite

@escentual We're prepared for a week of sunshine here at Escentual with our #summer makeup bags ready to go! ☀️ Head over to… https://t.co/7mvMCFbQRT
3 days, 3 hours ago • reply • retweet • favourite