The Cheap and Chic Edit 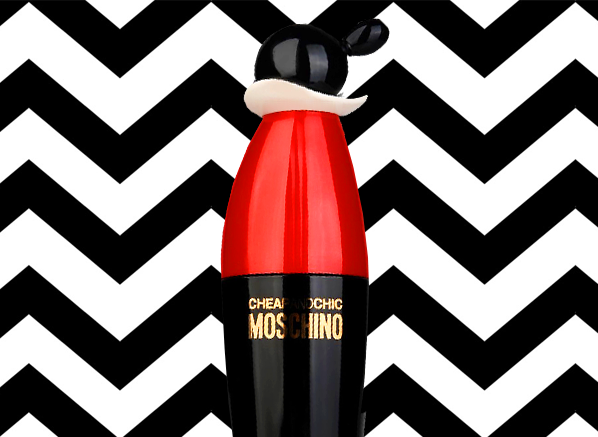 You do not have to spend a fortune to smell fabulous.  Sure, it’s nice to splash out on something entirely decadent to spritz on with reckless abandon, but it isn’t entirely necessary.  Fragrances come in all shapes and sizes, and there is no direct correlation between price and quality, or expense and artistry.  I look at it like this: for every Amouage Gold Woman, the luxurious artisan fragrance that courts with the upper echelon of the price range, there is an Eau des Jardins, the affordable, affable and absolutely addictive fruity floral

In this post I have collected together a gaggle of fragrances available at £30 or less, that are both affordable and fabulous.  To quote Moschino, they are ‘Cheap and Chic’ – both accessible and wonderful, and range from modern takes on classic signatures to Eau de Colognes as light as air.  So, if you’re in the market for not splashing out, but still want to smell good (and who doesn’t?), below you’ll find six fragrances in my ‘Cheap and Chic Edit’ that don’t break the bank but do smash olfactory conventions. 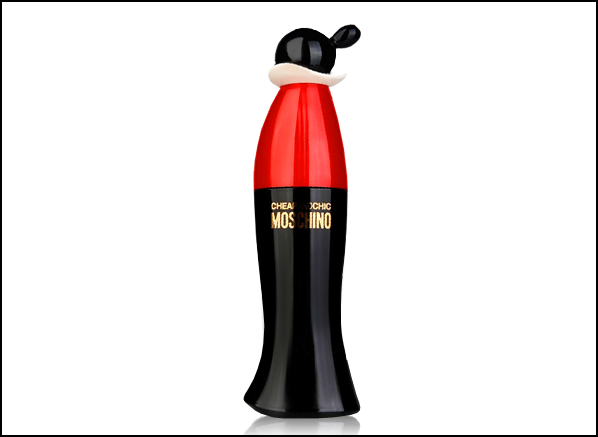 The Original Cheap and Chic

This is the original cheap and chic fragrance – the scent that inspired this post.  Cheap and Chic takes its name from Moschino’s diffusion line of clothing and presents the brand’s unconventional Italian style in a suitably quirky package (the bottle is modelled on Olive Oyl, Popeye’s beau) that is effortlessly, well chic.  Oh and it’s cheap too!  Cheap and Chic is essentially a modern take on the sparkly metallic floral tones seen in YSL’s super-elegant Rive Gauche (one of the greats, I’ll have you know), it opens with a cloud of aldehydes and lemon glitter, settling down to a creamy floral heart inflected with just a touch of makeup powder.  Perfume doesn’t get more fun than this. 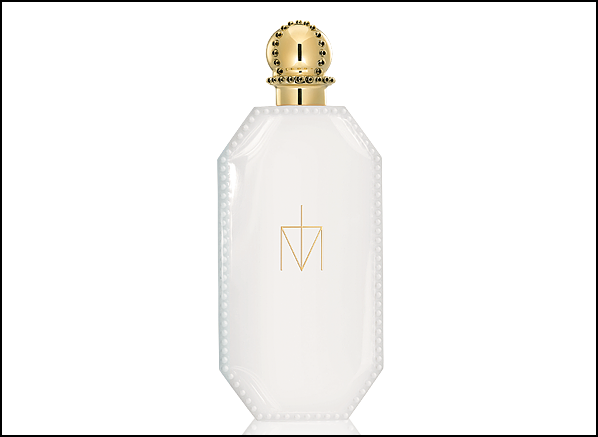 The Celebrity Cheap and Chic

Say what you want about Madonna (just be mindful that I’m a fanboy…) but it’s hard to deny that Truth or Dare is a good fragrance.  Where many celebuscents smell the same, you know, that syrupy sweet mess of fruits and musks, this one dares to be different.  Inspired by Robert Piguet’s Fracas, the scent of Madonna’s mother and arguably the greatest tuberose fragrance of all time, Truth or Dare blends sweet, heady and intoxicating white flowers (gardenia, tuberose and jasmine) with a creamy base of vanilla and marshmallow.  The result is a cosy and comforting blend that captures all of Madonna’s provocative va-va-voom. 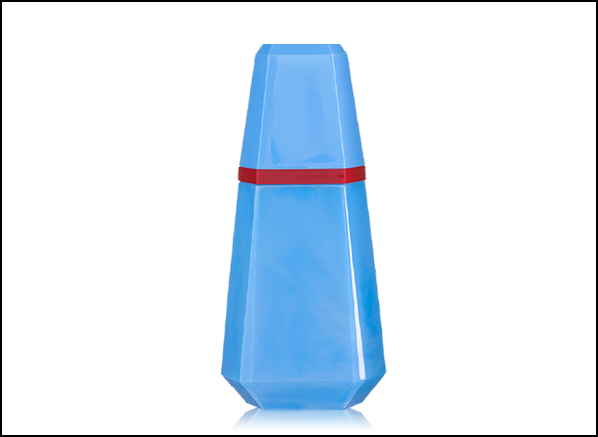 The Classic Cheap and Chic

LouLou is easily one of the greatest fragrances available under £15.  Everything about it is wonderful kitsch, right from the abstract Bakelite-esque bottle to the heavenly cloud of scent that unfurls thickly as the sprayer is depressed.  LouLou is a relic from the ‘80s that feels as if it is ready for a comeback.  It focuses on syrupy floral notes, of which it has plenty, and a metric ton of vanilla and incense.  All of this comes together to create a brightly coloured blast of floral powder that gives the impression of eyeshadow in rainbow colours.  LouLou is perfect for someone who would describe their style as ‘rebellious chic’.  Also, it bears repeating that it’s a classic fragrance for £14.95! 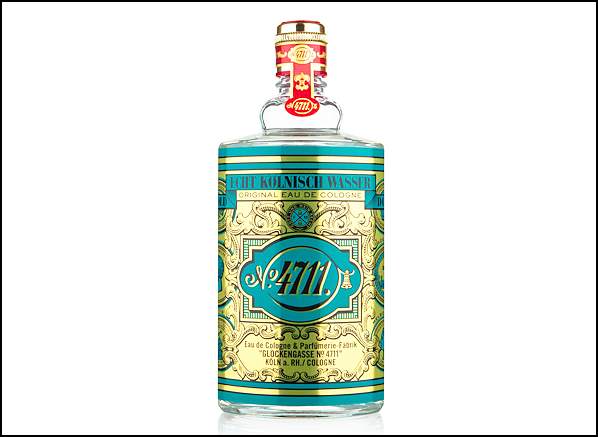 The Cologne Cheap and Chic

A good way to smell chic at bargain store prices is with a simple Eau de Cologne.  You simply cannot go wrong with a straight up cologne and 4711 is one of the original and most pleasing.  It’s fresh with a wave of mouthwatering citrus notes, underpinned by herbs and lavender over a delicate body of musk.  This is the perfect compliment for the person who wishes to fly under the radar scent-wise, as it were.  Sure, its lasting power leaves a lot to be desired but when £28 buys you 200ml, well, you can keep splashing it on until your heart’s content. 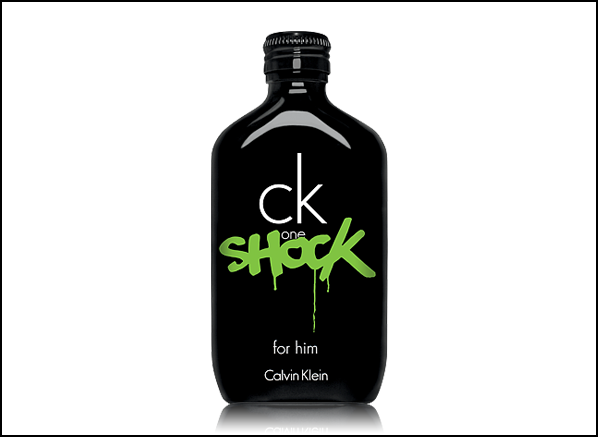 The Dude’s Cheap and Chic

To finish off, here’s one for the boys.  When I first tried CK One Shock for Him, I was shocked (sorry) to find out that it shared very little with the imaginary citrus and flowers of the original, in fact the two fragrances are as polar opposite as they can be.  Shock for Him is actually a warm amber fragrance with woody and tobacco notes.  It’s plush and vanilla-filled without being overtly gourmand or sickly sweet.  I imagine it to suit the kind of guy who likes to wear something a little different and chic in a more subversive way.  He’s got style, that’s for sure, and so has Shock for Him.

So, there you have it, my collection of cheap and chic fragrances under £30 – proof that one doesn’t have to break the bank to smell fabulous.  Don’t forget to tell me what your favourite cheapie goodies are in the box below!

This is a total surprise from Calvin Klein as the name of it suggests and holds a very interesting night time quality to it - not something that CK is best known for. But I can confidently say that I really like it! It opens with a burst of pure and warm energy before drying slightly to give a warm cardamom scent - creamy, spicy and warm. The longevity isn't too great but the silage is good at first. Overall, this is worth a try because it is inexpensive but trendy nonetheless. And the description "opens with red bull accord" is enough to make anyone curious.......right?

This entry was posted on Thursday, April 23rd, 2015 at 11:02 am and is filed under Candy Perfume Boy, Fragrance. You can follow any responses to this entry through the RSS 2.0 feed. You can skip to the end and leave a response. Pinging is currently not allowed.

@escentual Do you ever wear a particular perfume because it makes you feel a certain way? We certainly do! And we thought we'd… https://t.co/nnkFkKFwpp
2 days, 5 hours ago • reply • retweet • favourite

@escentual @Jack95862637 Thank you for reaching out. We are so sorry to hear you are experiencing problems with your order. Pl… https://t.co/kqOwj8mVDc
3 days, 3 hours ago • reply • retweet • favourite

@escentual A simple yet effective hydrating skincare routine for men, check! Have you ever heard of Lab Series? 🧴… https://t.co/A02ixAkXhK
3 days, 19 hours ago • reply • retweet • favourite