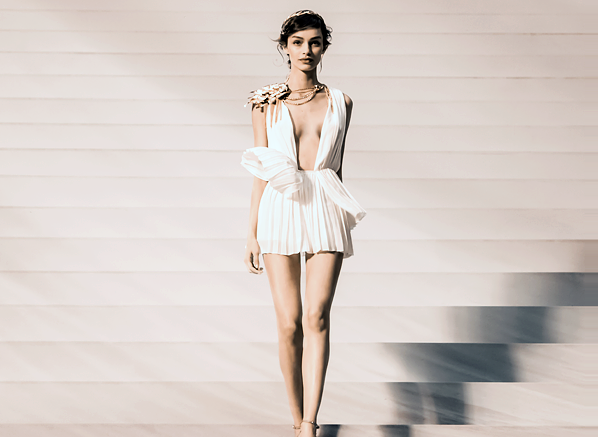 Paco Rabanne has guided us on an innovative fragrance journey since the release of its first fragrance, Calandre in 1969. From the rocking composition of Black XS for her to the captivating luxury that radiates from Lady Million, Paco Rabanne has continued to make sensorial statements with its powerful fragrance offerings.

And now Paco Rabanne has a new story to tell; that of Olympea. The feminine answer to Invictus, which celebrates the fantasy of victory, Olympea is an addictive green oriental fragrance with an aroma that borders the cusp of mortality and supernatural. 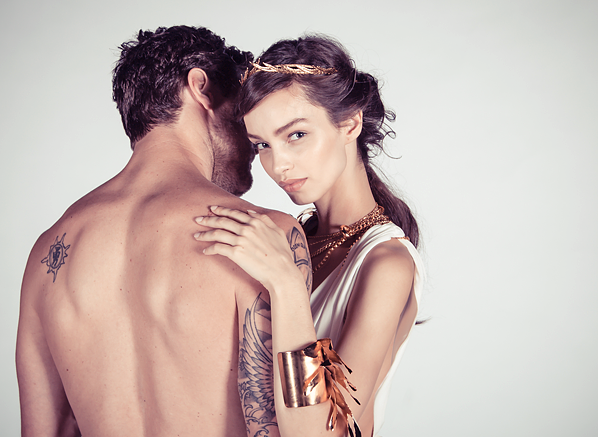 Olympea is centred on the modern-day Cleopatra. She isn’t a mere mortal, she is a demi-goddess chosen over all else and no one can resist. The fragrance evokes the desires that all women possess: to be wanted, to be successful and above all to be victorious.

For this creation Paco Rabanne drew on the talents of IFF, Loc Dong, Anne Flipo and Dominique Ropion to create an Eau de Parfum that allowed women to feel empowered by their femininity. Olympea was inspired by icons and powerful women including Cleopatra, the queens of queens.

And the face of this powerful fragrance? 21-year-old Brazillian model, Luma, a mesmerising beauty who captures the sensuality and mischief of the Olympea woman in her tantalising gaze.  Luma opposes the masculine physique of Nick Youngquest, the hero of Invictus, representing a new legendary couple.

Directed by Alexandre Courtes, the Olympea advert is the meeting of two worlds: the modern day and the immortal kingdom of the gods. The focus throughout is the journey of Olympea, a strong and beautiful woman that walks with confidence and poise. From the moment she comes on screen the atmosphere changes, her presence is powerful and she turns the head of everyone in her wake.

Courtes wanted to express a notion of power without the use of force, contrasting to the Invictus advert that shows power through strength, dominance and masculinity. The advert demonstrates the true magnetism of Olympea, a woman that didn’t have to choose between beauty and intelligence, because she has it all.

This entry was posted on Monday, July 20th, 2015 at 10:24 am and is filed under Fragrance. You can follow any responses to this entry through the RSS 2.0 feed. You can skip to the end and leave a response. Pinging is currently not allowed.

@escentual Happy December 1st! 🎄 If you're ready to get in the festive spirit (or already in full festive mode), we think you… https://t.co/9z8q2WA6MK
1 day, 14 hours ago • reply • retweet • favourite

@escentual Kick off the Christmas party season with great hair and makeup! Choose your Christmas party look with the help of u… https://t.co/wDbqQGyKbL
3 days, 4 hours ago • reply • retweet • favourite

@escentual How are you going to wear your hair for the Christmas party season?🥳
3 days, 6 hours ago • reply • retweet • favourite