In last week’s column I took a look at Sunshine Woman, the unusual summer fragrance from niche house, Amouage, that flirted with delicious almond and hot white flowers, rather than the perfumer’s usual summer pallet of citrus, orange blossom and musk.  This was no eau de cologne, nor was it a refreshing glass of citrus juice (not that these are bad things, of course).  It’s the smell of warm skin under the summer sun, and that’s a very attractive idea, indeed!

Sunshine Woman got me thinking about other fragrances that are for summer, but are a little bit more subversive than your usual ‘light’ or ‘sport’ fare.  With that in mind, I’ve compiled a list of five fragrances that may, on the surface of things, seem entirely inappropriate for the hot summer months but are, in truth, superb when the sun is at its hottest.  If you read on you’ll spend a day at the beach eating pancakes, horse around in a steamy locker room, take a walk down the Miami strip and even flirt with some couture creations – all without having to leave the house.  So, what are you waiting for? Get reading! 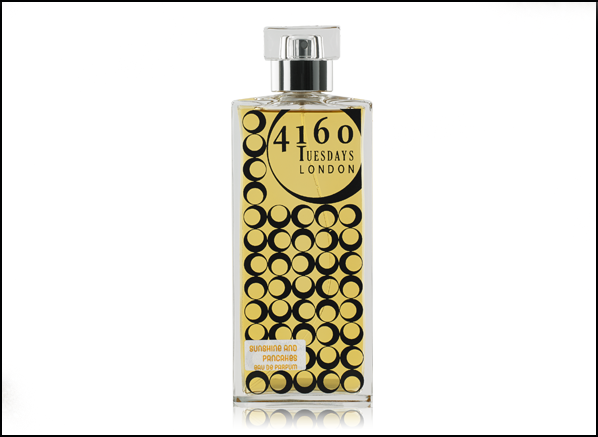 If you have been living under a small rock recently, you may have missed the addition of the eccentrically British indie perfume brand, 4160 Tuesdays to the Escentual site.  If that’s the case, let me refresh your memory!  Sarah McCartney, the nose behind 4160 Tuesdays, crafts fun, intelligent and beautiful fragrances using excellent raw materials, all based on the principal that we should not waste a single one of the 4,160 Tuesdays we will live through if we make to it the ripe old age of 80.  Whether she is making The Sexiest Scent on the Planet or blending Silk, Lace and Chocolate, McCartney always offers up something intriguing to smell.

One of the more unusual fragrances in the 4160 Tuesdays line up is Sunshine & Pancakes.  Unsurprisingly, this scent delivers exactly what it says on the bottle – thick pancake batter, lemon and salty skin after a day at the beach, i.e. Sunshine and Pancakes.  There’s loads of bitter lemon, followed by vanilla and honey, evoking the idea of a generous stack of honey pancakes dripping in lemon juice.  Jasmine and sandalwood give a warm, skin-like feel that after a few hours, gives the impression of vitamin enriched, salty skin covered in sun lotion.  In short, Sunshine & Pancakes is one of the happiest scents I know, and a few generous spritzes are perfect in summer. 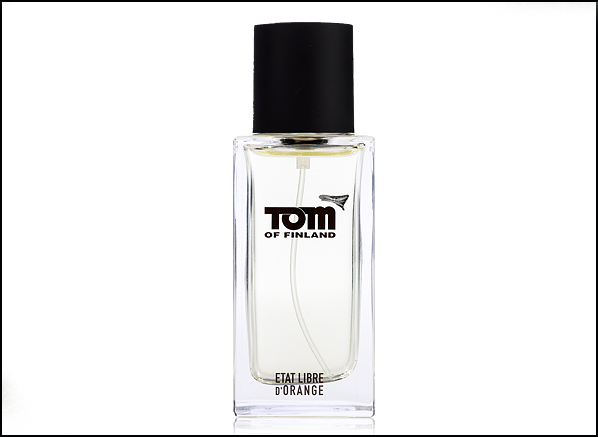 I know what you’re thinking, a perfume inspired by one of the world’s greatest homoerotic artists doesn’t exactly scream summer, but trust me, dear reader, because Etat Libre d’Orange’s wonderful ‘Tom of Finland’ really is quite something in the heat.  Now, if you’re familiar with Tom of Finland’s artistic works, you’ll know that his pictures usually contain a burly bloke or two, or three, or four…. Anyway, these leather clad, hyper-muscled and super-masculine gents rock a lot of leather and appear to be having a generous helping of fun.

Tom of Finland the fragrance captures the jovial spirit of the drawings by Touko Laaksonen.  Using a generous dose of gleaming aldehydes (those materials that make Chanel No 5 so fizzy and glittery) perfumer Antoine Lie evokes the idea of a steamy locker room, filled with sporty types horsing around in the showers.  The shower gel they use is scented with lemon, embodying a sense of soapy freshness.  Iris and suede provide a rubbery and squeaky feel that is purely evocative of the leather clothing so liberally found in the Finnish artist’s work.  Finally, vanilla adds a warm and sensual touch that is like warm skin fresh out of the shower.

I like Tom of Finland for summer because it is light, airy and refreshing, but it also has a warm base that gives it a little bit more oomph, and It’s easily one of the standouts in the Etat Libre d’Orange line up.  The best thing about it though, is the fact that you don’t have to be a muscly, moustache-wielding sailor to rock it.  Every man can wear it and channel their inner muscle mary, even geeky types like yours truly! 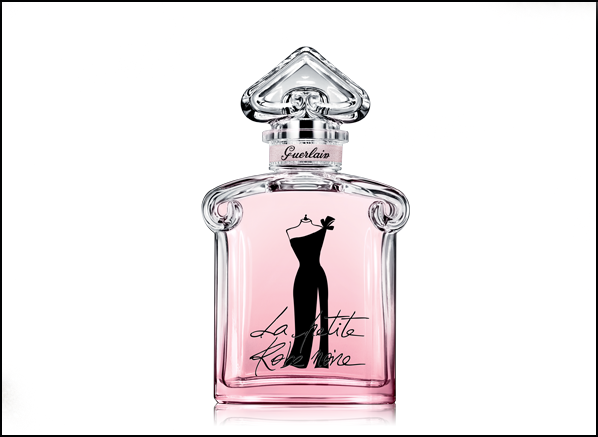 Guerlain have a lot of summer-appropriate scents on offer.  They have colognes both modern (see L’Homme Ideal Cologne) and classic (see: Eau de Cologne Imperiale), not to mention the entire Aqua Allegoria series (a highlight of which is Pamplelune, the best grapefruit scent EVER), which consists of simple, nature-inspired haikus of fragrance that play with light citruses and florals.  But those are a conversation for another day and today, we’re focusing on something that works incredibly well in summer, without being made specifically for the season – La Petite Robe Noire Couture.

What intrigues me about this couture edition of the fruity folly La Petite Robe Noire, is the fact that it’s so wonderfully crisp and diffusive.  It contains all of the best bits that make Guerlain’s little black dress so irresistible – cherry, liquorice, rose, black tea and marzipan, but the whole thing is sharpened up by apple and vetiver, almost as if the fragrance has been sharply tailored and painstakingly cut by a fastidious designer.  Of course, La Petite Robe Noire is all about fun, and Couture is no exception, so in true LPRN-style it is amped up with a huge wave of musk that send is dancing off towards the sun.  Fun, fancy-free and fabulous for summer – that’s La Petite Robe Noire Couture. 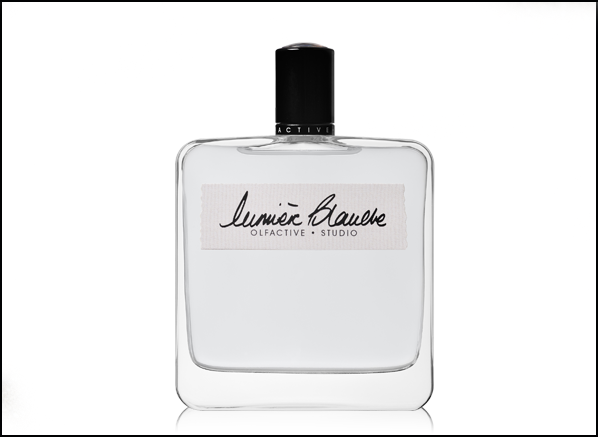 In the same way that spicy food is always better when consumed in a hot climate, spice notes in fragrance really sing in the heat.  In fact, I’d even say that a cleverly-utilised note of spice can sometimes be more refreshing on a hot day than marine or citrus notes.  One stand out spice scent for me is Lumiere Blanche by Olfactive Studio.  As with all fragrances from this house, Lumiere Blanche is inspired by photography, and in this instance it is the idea of bright, white light from the sun that serves as the main inspiration.

Lumiere Blanche is a subtle fragrance that blends silvery spice notes with the white powder of iris.  Cardamom, star anise and cinnamon are blended perfectly, presenting something hot and exotic, melting perfectly into the iris’ earthy powder.  The base is cool and milky, giving an isolated, almost arid impression.  Scents like this are contemplative and Lumiere Blanche serves as a subtle and thought-provoking summer fragrance with many interesting twists and turns. 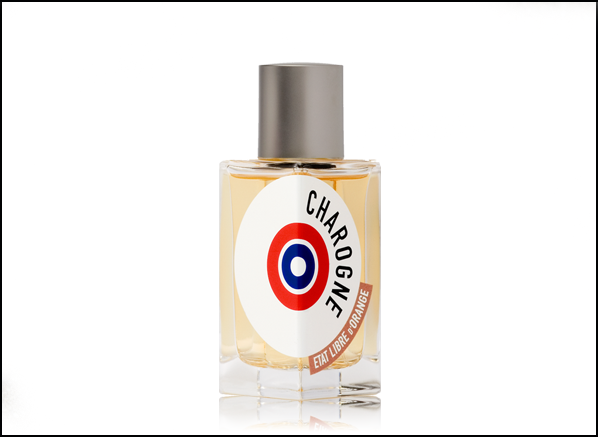 Here’s another entry from Etat Libre d’Orange to wrap things up for you.  You’ve got to give props to the Orange Free state, after all, no other brand would dare call a fragrance ‘Charogne’ (French for Carrion, a.k.a corpse or decaying flesh) and there’s certainly nobody else that would have the audacity to create something that so accurately smells like ripe flowers decaying in the sun.  What’s more, they’ve managed to make something so macabre strikingly beautiful.

Lilies take centre stage here and in keeping with the spirit of the flower, the impact is large and showy, just like a big bouquet of bursting lily blooms.  Initially they have a tooth-achingly bubble gum-like sweetness to them that, in the very first instance is almost over powering.  Underneath this sweetness is a soft fecal note that can only be associated with the indolic facet that makes white flowers so intensely beautiful.  The effect is hot and breath-like.   As it dries down, vanilla swirls into the picture, leaving a heady trail of creamy lilies on the skin.  Charogne is the fragrant equivalent of a hot night in a tropical city filled with humidity, Hawaiian shirts and a vast sea of neon signs .  Miami perhaps?  Wherever it is, it’s sinfully beautiful.

There you have it – five unusual scents for summer that prove that one doesn’t always need to reach for the nearest cologne or light floral!  I want to hear what your favourite unusual scents for summer are! Do you like to wear something wholly inappropriate in the heat (I have been known to dabble in a few spritzes of Angel, myself. Shocking, I know!).  Have you tried any of the above?  Let me know in the comments in the box below.

I first came across this fragrance in the sample selection. I will admit that when I first tested it, I did not like it, it was so strong and heady, it made my head spin a little, but I could not stop sniffing my wrist. I left it on to settle, I wanted to give it a chance. I am so glad I did, this scent is so complex and goes through so many different little interludes of glorious splendour. It really is the beauty and the beast combined in one fragrance. The beast comes first before it is transformed into the beauty. It starts off very strong and heady, sweet and musky. You are immediately taken into a world of lust and unrequited love. It is so sensual and sultry, like slipping on a slinky black dress and a mysterious venetian mask. You will feel so feminine and strong, the dominatrix of the upper classes. After an hour or so, the scent becomes more soft and elegant, still sexy but more understated. Wherever you go, you will leave a trail of stunned men. As time goes on, the scent transforms into the beauty, sweet and musky, elegant and splendid. This perfume is truly amazing, you will not be disappointed. Do not be put off by the strength of the beast in the beginning, you will be rewarded with beauty.

This entry was posted on Wednesday, July 22nd, 2015 at 6:06 pm and is filed under Candy Perfume Boy, Fragrance. You can follow any responses to this entry through the RSS 2.0 feed. You can skip to the end and leave a response. Pinging is currently not allowed.

@escentual Our tip to get through #BlueMonday is to spray your favourite mood-boosting fragrance. What scent have you got on t… https://t.co/xzWEQURcKs
1 day, 2 hours ago • reply • retweet • favourite

@escentual We've been comparing three French Pharmacy newcomers to the icons in their field. To find out how these three newbi… https://t.co/f1LAWBiuSv
3 days, 2 hours ago • reply • retweet • favourite

@escentual Retinol eye creams are taking the world by storm! But what do they do and which one is best for you? Find out in ou… https://t.co/ueqai03OsR
4 days, 18 hours ago • reply • retweet • favourite