The Best Fragrances of 2015 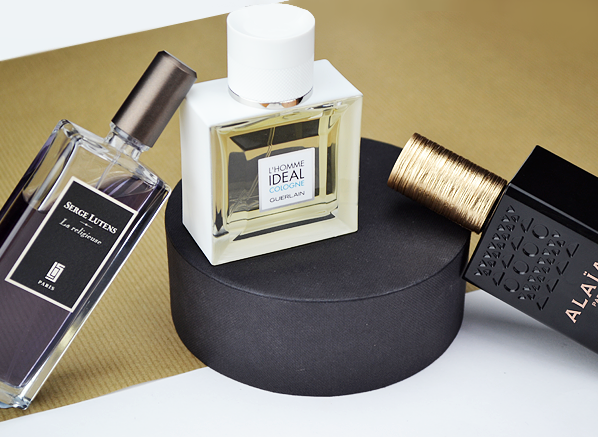 You may still be finishing up your Christmas shopping and 2016 might be the furthest thing from your mind right now, but as we head into the festive season it’s always a good time to look back at the year and its highlights. For me this involves fragrance, of course, and I like to take stock of the scented offerings from the past 12 months to highlight what was good, what was bad and what was downright ugly.

2015 was a very good year for fragrance. As always, the industry was busy and continued its year-on-year increase of launches, many of which were noteworthy. In this quick round up I have highlighted five of my favourite fragrances launched on Escentual this year, ranging from fashion-inspired scents for her to gastronomical delights for him. So take a breather out from wrapping those gifts and take some time to look back at the best fragrances of 2015. 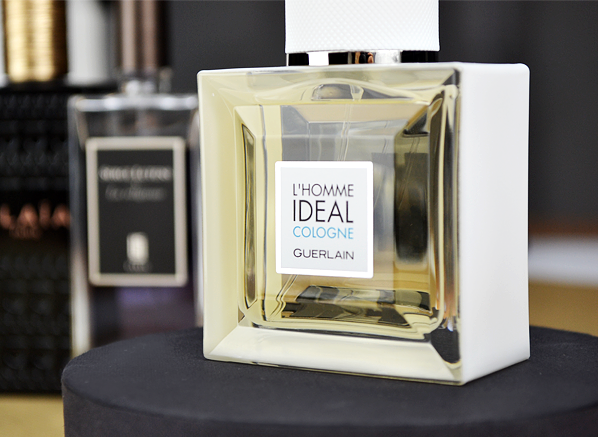 I do like a simple Eau de Cologne. Sometimes you just need a bit of simplicity – some citrus, herbs, florals and musks – to brighten your day. Guerlain have made many a cologne over their hundreds of years in the industry and L’Homme Ideal Cologne (the first flanker to last year’s masculine counterpart to La Petite Robe Noire, ‘L’Homme Ideal’) is one of their most intriguing, and dare I say, their most modern!

L’Homme Ideal Cologne feels like a cocktail cologne in the sense that there seems to be a good degree of Guerlain-mixology going on under the hood. It opens with a wonderfully bracing note of grapefruit sherbet that is sharp and fuzzy, and is topped off with some pink peppercorns and a strip of ginger for a dramatic flourish. The rest is bitter almond liqueur and vetiver. As with all things ‘Guerlain’, L’Homme Ideal Cologne has a gastronomical edge proving that they really are the haute cuisine house of the fragrance world.

There are few scents as pleasing on a man than the smell of lavender. As a key ingredient of the classically masculine fougere accord, lavender is a staple of masculine perfumery. It also smells darn sexy with its minty-herbaceous and warm-caramel nuances. Sunshine Man makes the most of each and every one of lavender’s many facets to create a warm, inviting and addictive fragrance that really is like bottled sunshine.

What I like particularly about Sunshine Man is how it’s warm and cuddly without a huge amount of softness. The fragrance remarkably displays a rugged, handsome quality that is inviting and a little bit cheeky. When lavender is so often seen as something for cleaning products of the Blue Rinse Brigade, Sunshine Man strikes a different chord as a modern lavender for lads and a scent for gents with both sophistication and style. 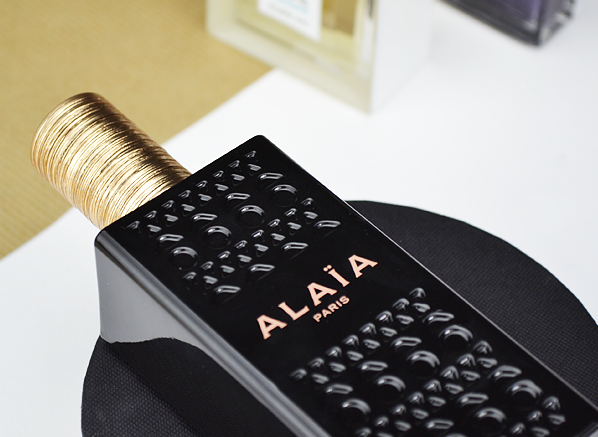 Worth the Wait: Alaïa Paris by Azzedine Alaïa

Alright, alright, I promise that this will be the very last time that I will rave about Alaïa Paris this year.  Seeing as there are only approximately two handfuls of days left in 2015, I think that’s a pledge that I can stick to, just about…  Anyway, as far as launches go, Alaïa Paris is one of 2015’s very best, not to mention the fact that it’s an extremely overdue offering from a brand that has, up until this year, been one of the very few fashion houses without a perfume.  Even though he made us wait for it, Azzedine Alaia does not disappoint with his debut fragrance.

Alaïa Paris is an essay in juxtapositions and the opposing forces of hot and cold.  It feels alien and sparse, but also warm and complex at the same time.  It’s a perfume that’s hard to pin down and keeps one guessing throughout its development.  Most importantly though, Alaïa Paris feels as meticulously beautiful as any fashion crafted by the house from which it takes its name. If you smell but one launch from 2015, Alaïa Paris should be it. It may have been a long time coming, but I tell you, it was worth the wait.

Paco Rabanne is a brand well known for scenting the populace with mainstream scents such as 1 Million and Lady Million. Their fragrances are always well-made and most importantly, they smell good, but it would also be fair to say that they never push the boat out creativity-wise. Their latest launch, ‘Olympēa’ however, is slightly subversive and it manages to take an unusual and slightly off-beat style of perfumery and push it firmly into the mainstream.

Olympēa takes cues from Thierry Mugler’s Womanity, specifically its central accord of salty bread and milky fruits. Where the Mugler is a radiant totem of ingenuity that inspires either love or hate, Olympēa is a little bit tamer, adding some shampoo-esque florals and a warmer woody base to the mix. For me, Olympēa strikes the right balance and whilst it’s not crazy and weird (we have Womanity to fill that niche) it smells a thousand times more interesting than many feminine fragrances out there. You can’t beat a bit of mainstream magic! 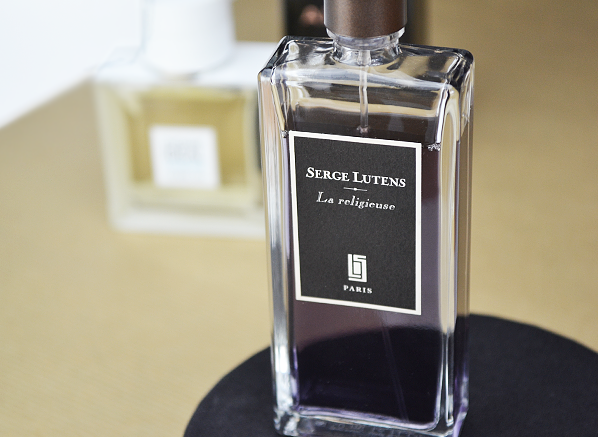 Trust Serge Lutens to name a fragrance after a nun’s habit and in turn, a famous French pastry. It’s also typical of Uncle Serge to revisit a fragrance note that he has experimented with many times in the past: jasmine. La Religieuse follows A La Nuit (a true-to-life and excessive jasmine) and Sarrasins (an inky black jasmine with a texture akin to snake skin) as his third jasmine, and this one treads a slightly more maternal and gourmand path.

La Religieuse is a big dollop of jasmine jam served atop icy incense and warm, busty civet. Despite the weighty sound of these notes, the whole thing is actually quite ethereal, speaking in wisps and waves of fragrant jasmine air. As always with offerings from Lutens, La Religieuse is not what one expects and it keeps one guessing as it develops on the skin. I’m still trying to work out whether these nuns are naughty or nice, and therein lies the fun!

What were your favourite fragrance launches for 2015?

This entry was posted on Thursday, December 24th, 2015 at 9:00 am and is filed under Candy Perfume Boy, Fragrance. You can follow any responses to this entry through the RSS 2.0 feed. You can skip to the end and leave a response. Pinging is currently not allowed.

@escentual Do you ever wear a particular perfume because it makes you feel a certain way? We certainly do! And we thought we'd… https://t.co/nnkFkKFwpp
2 days, 6 hours ago • reply • retweet • favourite

@escentual A simple yet effective hydrating skincare routine for men, check! Have you ever heard of Lab Series? 🧴… https://t.co/A02ixAkXhK
3 days, 20 hours ago • reply • retweet • favourite