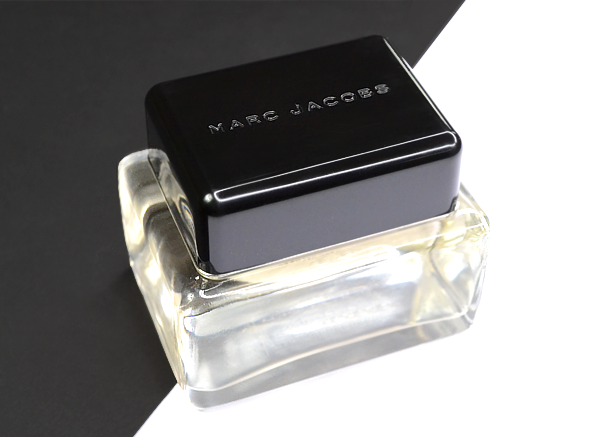 There are so many fragrances out there.  OK, I accept that this may be the understatement of the century, but it’s true!  When it comes to perfume the world is not short of choice and with over 1,000 launches per year it can be difficult to keep up.  The industry likes to focus on the new, exciting and innovative, which means that many of the oldies but goodies can be pushed to the back of the shelf.  I don’t know about you, but I like both the oldies and goodies, and whether a scent is popular or not makes no difference – as long as it smells good then we’re all set to rock and roll.

In this post I’m taking a look at some hidden gems of the perfume world – fragrances that may not be the most popular or well known, but are most definitely wonderful creations.  They may be overshadowed by their more popular and often iconic kin, or could be completely different from the rest of  heir contemporaries, or the may just be scents that didn’t find a massive audience, which means we can be the cool guys that get to wear them without feeling like every Tom, Dick and Harry is doing the same.  So here’s to the hidden gems of the perfume world – let’s drag them out of the shadows and celebrate them for what they are: beautiful examples of the art of perfumery. 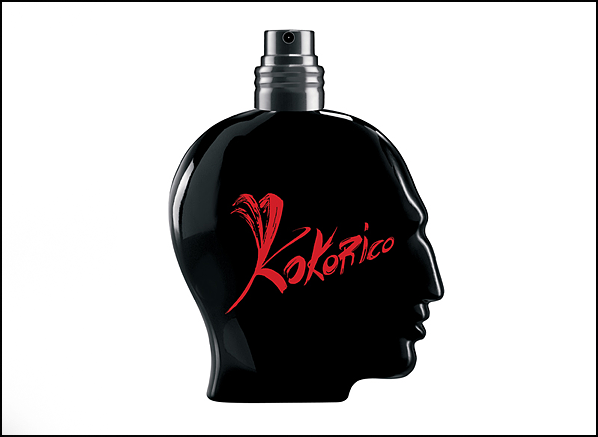 It can’t be easy being Kokorico. Its older siblings, Classique and Le Mâle certainly cast pretty large shadows for it to hide behind and it must be hard work to share the limelight with those that demand it.  But Kokorico can in fact, hold its own against these titans of perfumery because it presents a subtle cockiness that says “I don’t need to shout or sparkle, because I’m sexy and I know it”.  He’s the kind of guy that you want to hate because he’s so in love with himself, but you can’t because you think he’s might fine to.  Gosh darn you, Kokorico!

Kokorico has everything a good fragrance should; top-notch perfumers at the helm, specifically Annick Menardo (Hypnotic Poison & Lolita Lempicka) and Oliver Cresp (he created Angel, enough said); a good name (French for ‘cock-a-doodle-doo); an awesome bottle (front on it’s Jean-Paul Gaultier’s profile and side on it’s the silhouette of Le Mâle’s classic male torso, bulge and all); and a handsome model to front things (see John Kortajarena).  Wait, I’m forgetting something…  Oh that’s it, the scent itself.  Kokorico is a cosy blend of cocoa, fig leaf and nifty woody aroma chemicals.  The result?  A chewy, chocolatey wood blend that is robust, confident and snuggly.  Yum. 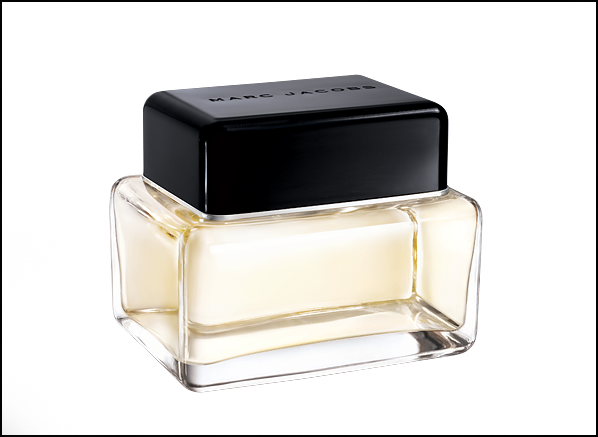 Marc Jacobs is famous for presenting fragrances in plastic-flower topped bottles and most recently, glamorous handbags.  It all started with Daisy, which drew people in with its cute flower-headed bottle and kept us interested with its wispy, floral breeze of a scent.  But before Daisy, Lola, Bang and Dot et al, there was Marc Jacobs Men, an unusual yet stylish fragrance for gents that feels paired back in comparison to the designer’s later offerings, which are much showier and very carefully designed to please.

Marc Jacobs Men, like Kokorico is based on a prominent fig note however, where the Gaultier is warm and sexy, the Marc Jacobs is pale and, dare I say, strikingly feminine.  This is a cool and pasty fig scent with a strong milky quality.  There’s a strong contrast between the sweet powdery facets and the sharp green tones, which are prickly and jarring.  In the base, Marc Jacobs Men is much smoother, flirting with soft cedar, mineral-like moss and a subtle dab of warm tonka bean.  To my mind, MJ Men is noteworthy because it’s a sensitive masculine fragrance that feels utterly refreshing in an industry where masculinity is often deemed as powerful, athletic and dominant. 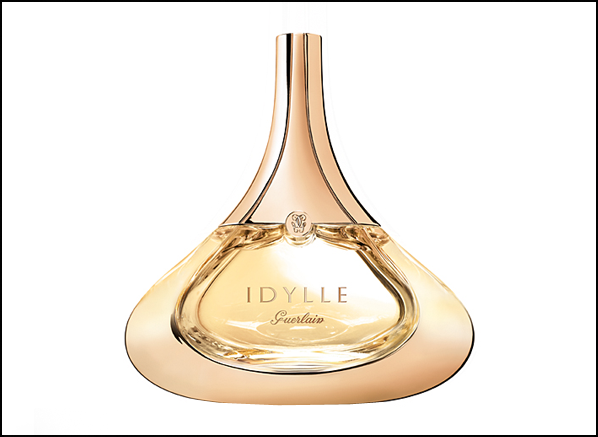 Here’s a quick quiz for you: name three Guerlain fragrances out loud in three seconds.  Done it? Good, your compliance is much appreciated.  Now, I bet your three included the likes of Shalimar, Mitsouko and Habit Rouge, or even Insolence, La Petite Robe Noire and L’Homme Idéal.  I would be very surprised if many of you answered with Idylle and you know what, that’s a crying shame because Idylle is so darn pretty it almost hurts (in a good way of course).  If however, you did say Idylle then you may reward yourself by being smug about it!

Idylle is absolutely and definitely the most un-Guerlain-ish Guerlain fragrance.  It was Thierry Wasser’s first feminine fragrance for the legendary house after he took over the reigns as in-house perfumer and rather than being a deliciously modern throwback of Guerlain’s inimitable edible style, it is something entirely different altogether.  Idylle is a precious and beautiful floral that opens with a watery mist of flowers, namely lily of the valley, lilac, freesia and peony that smells like hot steam rising from a flower garden after a warm summer’s rain.  This is paired with a rose chypre that is surprisingly delicate and totally unlike Guerlain’s other roses (Nahéma and Rose Barbare) with a clean patchouli note rather than dark mosses and spices.  Idylle is beautiful and it shows the diversity of one of the world’s greatest, and most established perfume houses.  It is not to be overlooked. 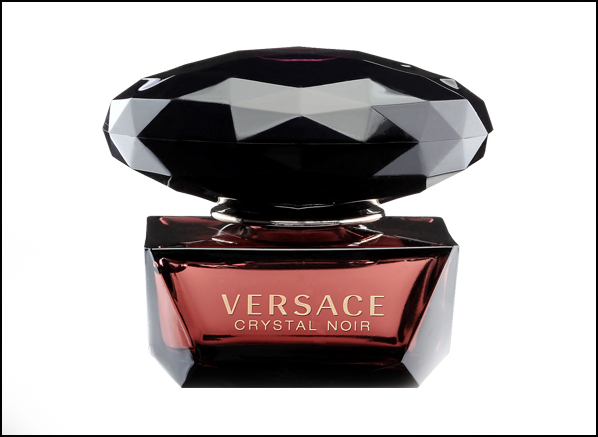 Versace have created many bold fragrances that can be described as gaudy over the years.  I mean this affectionately, of course.  Perfumes such as Blonde, a bombastic tuberose that was sexy and unctuous (and now discontinued) and Blue Jeans, that scent we all wore in the ‘90s because we couldn’t get enough of its super-synthetic and aromatic freshness.  But Versace can do subtle and do it well, and one of the best scents in their lineup is perhaps one of their least well-known.  It’s not Versace Woman.  It’s not Red Jeans and it’s not The Dreamer.  I am referring to the dark beauty of Crystal Noir Eau de Parfum.

Crystal Noir is a gardenia fragrance but it’s not the explosively lush white floral kind, it’s the dark, dank and mushroomy kind.  This night-blooming gem is hot and rubbery, evoking the idea of a tropical flower trapped within a hot greenhouse.  It’s sweet and mineral-like, and possesses an unsettling airiness that means it fills the air with heady and intoxicating clouds of addictive gardenia.  Like a drug, Crystal Noir is tempting despite its danger and impossible to give up.  My advice?  Proceed with caution but enjoy with abandon.

What are your favourite hidden gems?

This perfume is bit more quirky and individual, but its absolutely sumptuous as well! Would recommend it

This entry was posted on Thursday, January 21st, 2016 at 12:01 pm and is filed under Candy Perfume Boy, Fragrance. You can follow any responses to this entry through the RSS 2.0 feed. You can skip to the end and leave a response. Pinging is currently not allowed.