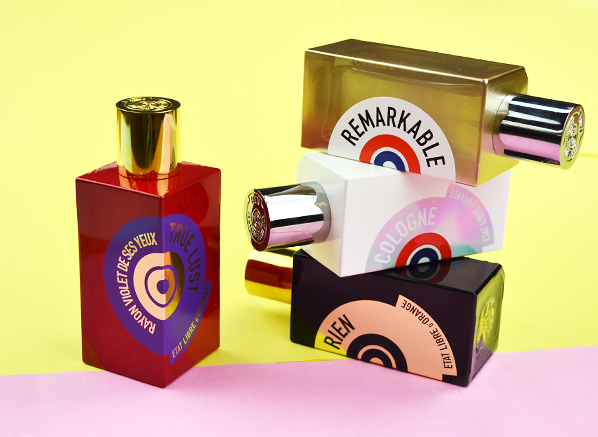 French niche renegades, Etat Libre d’Orange burst onto the scene in 2006 in a haze of olfactory gunfire and sexual innuendo.  Their battle cry was “perfume is dead, long live perfume!” and they really meant business.  Their first crop of fragrances challenged our preconceptions of what perfume could and should be, with scents that smelled like bodily secretions, belly buttons, corpses, working girls and drunk blondes.  Not everything they did initially was a shock tactic though and they made some rather lovely, but less dramatic fragrances that captured wonderful smells such as lavender soap and squeaky clean white florals.

What unites every scent from the Orange Free State and what makes them special is a level of artistry that is difficult to come by in this fragrant world of gimmicky niche brands and derivative perfumery.  Sure, the names are clever, shocking and sometimes provocative to the point of exhaustion, but gosh darn it, the fragrances themselves have the brains and beauty to back them up.  In short, Etat Libre d’Orange was the breath of fresh air that industry needed.  They may not be for everybody, what with their silly names and x-rated imagery, but for those that get them, Etat Libre d’Orange are easily one of the most exciting fragrances houses on the market.

Flash forward to 2016 and Etat Libre d’Orange now have an impressive range of fragrances, adding to their initial crop, with scents that take inspiration from homoerotic artists to Nijinsky ballets, to name just a few.  The brand has grown not only in volume but also in maturity.  Their fragrances hold less shock value in their names now, but offer up the same level of creative integrity. They never fail to challenge, whether they are evoking the image of actresses such as Tilda Swinton and Rossy de Palma via the use of pumpkins and bloody roses respectively, or even if they are taking gourmand fragrance to new heights via Thai cuisine Etat Libre d’Orange always deliver.

What has interested me in particular about the brand over the last few years is a real shift in their aesthetic.  Their bottles are now bigger and more weighty, giving a deliberately high-end feel.  But the biggest change is more than superficial, instead it is a metamorphosis that is happening deep down in the double helix of the Etat Libre d’Orange DNA resulting in a change in how they do things.  Etat Libre d’Orange has now adopted some colour in the bottles for their new launches, mashed up and remixed their existing scents in new flankers and, shock horror, they’ve created something they describe as “nice”.  I think some investigation is in order… 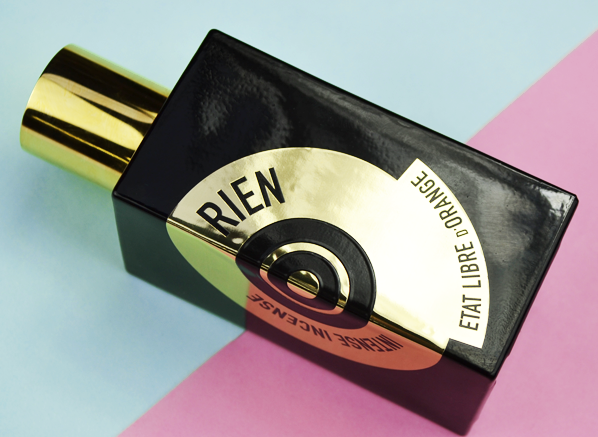 Rien Intense Incense was the first fragrance to diverge from the Etat Libre d’Orange modus operandi on two counts. Not only was it the brand’s first ‘flanker’ of an established fragrance (the civet cat in a biker jacket that is Rien), it also was the premier fragrance to step into a different colour bottle, stepping things up a bit in deep brown and gold.  The scent is much darker than the original, with a more intense and oily sense of smokiness that is rich with deep chocolatey and woody nuances.  Intense Incense is like Rien’s bigger, burlier and badder cousin, which is saying something because Rien was pretty bad ass in the first place.  This flanker does exactly what it should: it builds on the original to bring focus to a signature facet, and it does it very well. 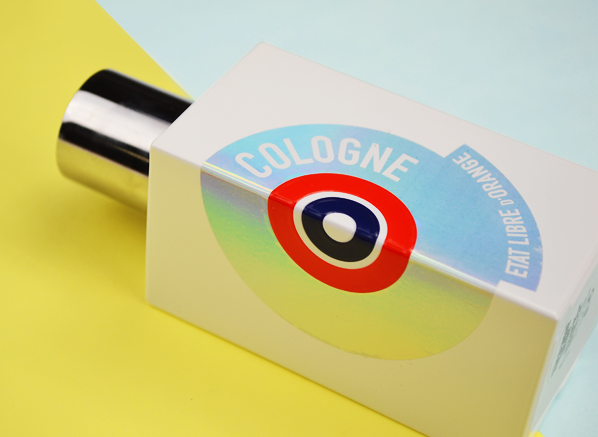 What struck me as interesting with Etat Libre d’Orange’s Cologne is the fact that is just that: a simple eau de cologne.  There are no jokes here and it is not something disgusting, shocking or unrepresentative of the name.  It is exactly as they promote it: a nice fragrance.  Of course, Etat Libre d’Orange cannot just do any old cologne and theirs is noteworthy for two main reasons.  Firstly, it boasts a wonderfully sticky and almost gourmand orange note that is reminiscent of giant, glistening gloops or marmalade, you know the kind with big pieces of rind in it?  Secondly, the fragrance has remarkable tenacity and presence for a cologne, making it the perfect accompaniment for a sticky summer day when one craves nothing but long-lasting refreshment.  So Cologne may not be the smell of corpses of courtesans but it is utterly sunny and enjoyable, with just a twist of the non-traditional. 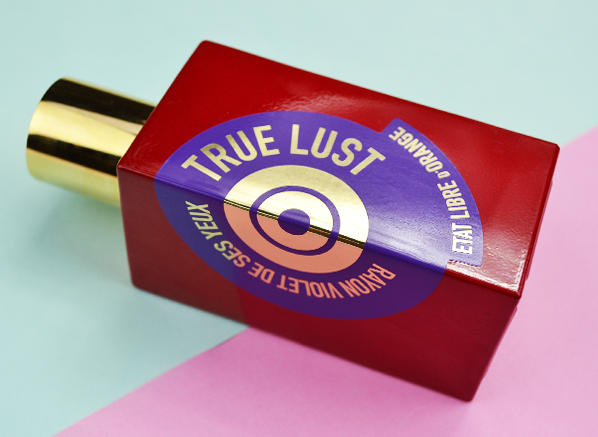 True Lust is a curious idea that takes the perfume industry’s penchant for flankering one step further with what can only be called a ‘mash-up’.  That’s right, True Lust is the olfactory equivalent of Kylie Minogue & New Order’s Can’t Get Blue Monday Out of My Head (arguably the best mashup song of all time).  True Lust is two parts Putain des Palaces, the scent of silky hotel sheets stained with the perfume, face powder and sweat of a working courtesan, and one part Dangerous Complicity a bubblegum floral inspired by osmanthus.  The result is an intriguing composition that feels delicately sweet but with a dangerous undertone.  To me, this fragrance is the first romantic exchange, where lust is just a promise and the smell of sweet perfume lays hints for the night ahead.  Also, that red and purple bottle is to die for! 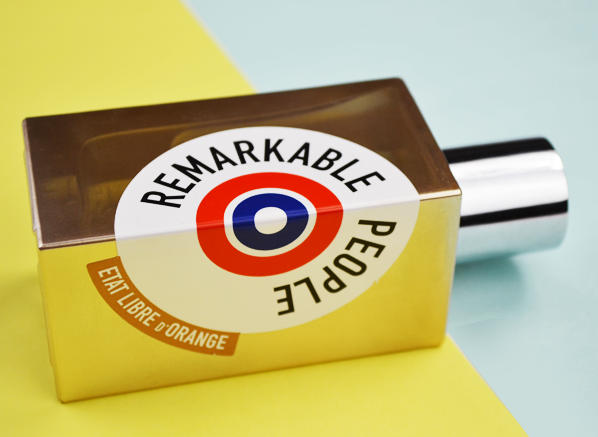 If True Lust is a mashup then Remarkable People is a remix.  The fragrance takes the formula for Etat Libre d’Orange’s Josephine Baker fragrance, a limited edition launched in 2010 and reinvents it by adding in the formula from an unreleased perfume.  This is a fragrance named for the “un” people – those that are unexpected, uncompromising, unpredictable and unconventional, capturing their essence in a high quality scent that dazzles just like them.  Remarkable People is sandalwood biscotti served with ice-cold champagne.  It’s bubbly and zingy with a chewy texture, making for a scent that is nothing short of, well, remarkable!

So with their latest crop of fragrances (including the soon-to-be-launched Hermann à Mes Côtés Me Paraissait Une Ombre, which I already adore) Etat Libre d’Orange continue to push the envelop by doing things differently, but it’s fair to say that they’ve grown up a little bit too.  They will still challenge and defy expectations by pushing the boundaries of what perfume can be, but perhaps they won’t need to draw cartoon appendages to draw attention anymore.  After all, the perfumes do, and always did, speak for themselves.

This entry was posted on Wednesday, May 11th, 2016 at 5:33 pm and is filed under Candy Perfume Boy, Fragrance. You can follow any responses to this entry through the RSS 2.0 feed. You can skip to the end and leave a response. Pinging is currently not allowed.

@escentual @whatlauraloves Thanks so much for being part of our #SunPoverty SPF Application video, Laura! ☀️❤️
2 days, 11 hours ago • reply • retweet • favourite

@escentual Where have you clipped your #SunPoverty Escentual SPF50? Show us using #HowDoYouClipIt or join the challenge on our… https://t.co/MN5GURH5ul
3 days, 9 hours ago • reply • retweet • favourite