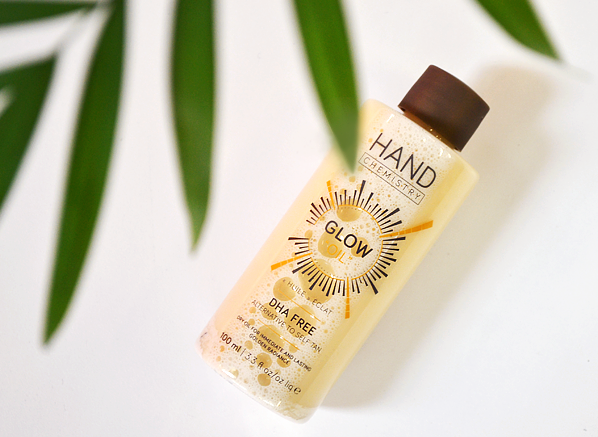 I bet you came to this post expecting it to be all about a self tanner especially for hands. Am I right? Well, I have something even better. Purveyor of wonderfully hydrating products for hands, Hand Chemistry, is branching out – and they’re taking on a whole-body glow.

Hand Chemistry Glow Oil is the sort of innovative, why-hasn’t-this-been-thought-of-before product that its parent company, DECIEM, is really well known for (they’re also responsible for other cult favourites NIOD Photography Fluid and Hylamide SubQ Anti-Age, read about those here and here).

Created in response to a self tan market where DHA reigns supreme (more on that in a bit), Glow Oil presents a viable alternative. It’s the perfect product for those who want to cultivate a gentle glow rather than a full-on tint, with kind-to-skin ingredients and a gorgeous watermelon fragrance to boot.

Hand Chemistry Glow Oil is a breath of fresh air in a world of glamazon bronzers – and I think you’re going to love it. 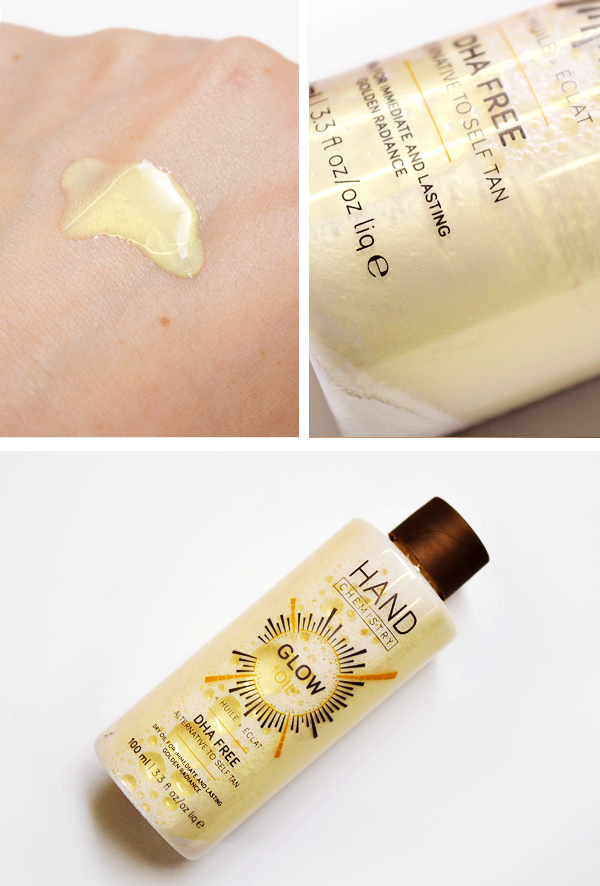 The DHA Debate
The first thing to know about Glow Oil is that it is completely and utterly free of DHA. Now, DHA (or dihydroxyacetone) probably won’t be ringing any bells for you right now, but it’s something to be aware of. DHA is the ingredient in your favourite self tanning formula that is responsible for your golden glow, reacting with the amino acids in your skin to stain its uppermost layer. The higher the percentage of DHA, the deeper the tanned effect.

Although DHA has been used for decades, it has come under scrutiny of late in conversations about its suitability as an ingredient. There are opinions for and against its integrity – but as yet the jury’s still out. So to cater to those who’d prefer to avoid the ingredient, Hand Chemistry has created their own alternative to DHA: a raspberry-based keto-sugar that develops a gradual golden glow that’s more healthy-looking than bronzed. Think weekend city break rather than tropical getaway.

Instant Radiance
While the keto-sugars get to work building up a natural-looking glow, there are other facets at play that make Glow Oil an essential. Aside from the very fact that it’s an oil – which automatically makes it a dead cert for nourishment, shine and fabulous glowiness in my books –  it also gives skin instantaneous radiance thanks to an infusion of golden prisms. 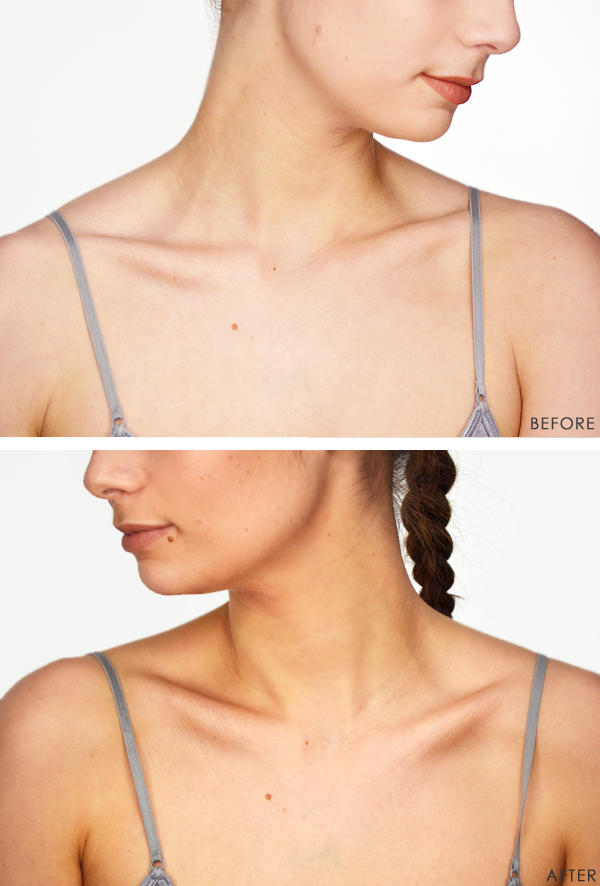 Before shooting the after photo, we thought that the difference between the two photos might be too subtle for the camera to detect. That ultra-gradual build up over the three days of testing had fooled us, though – seeing the result side by side is actually pretty spectacular! Everything from the neck down is all down to the Hand Chemistry Glow Oil (the neck up is the Hylamide Glow Booster, more on that no-DHA facial tan here), and you can see that the result is even and really fresh looking. Alongside giving skin a gentle glow, using the oil every day made Ceryn’s skin much softer and smoother, which has helped the tan to last longer.

So if you’re searching for a fool-proof tan that looks good, feels good and smells pretty good (think watermelon fresh rather than biscuit barrel), then the Hand Chemistry Glow Oil should be top of your wishlist.

Will you be trying Hand Chemistry Glow Oil? Comment below or come and chat with uson Twitter (@Escentual)!

This entry was posted on Monday, May 23rd, 2016 at 2:13 pm and is filed under New products, Sun and Tanning, Tried & Tested. You can follow any responses to this entry through the RSS 2.0 feed. You can skip to the end and leave a response. Pinging is currently not allowed.

@escentual Try the E-S-C-E-N-T-U-A-L SPF application method so you're always safe in the sun. Here are our #SunPoverty ambassa… https://t.co/lx3zk5o6Ym
5 hours, 30 minutes ago • reply • retweet • favourite

@escentual News just in! There's still time to enter our Instagram competition to be in with a chance of winning the Initio He… https://t.co/nbuTzL5pH0
1 day, 5 hours ago • reply • retweet • favourite

@escentual Thank you, Issey Miyake, for making the fragrance and fashion world a more beautiful place❤️ Your legacy will live on forever #isseymiyake
2 days, 8 hours ago • reply • retweet • favourite

@escentual We're prepared for a week of sunshine here at Escentual with our #summer makeup bags ready to go! ☀️ Head over to… https://t.co/7mvMCFbQRT
3 days, 31 minutes ago • reply • retweet • favourite