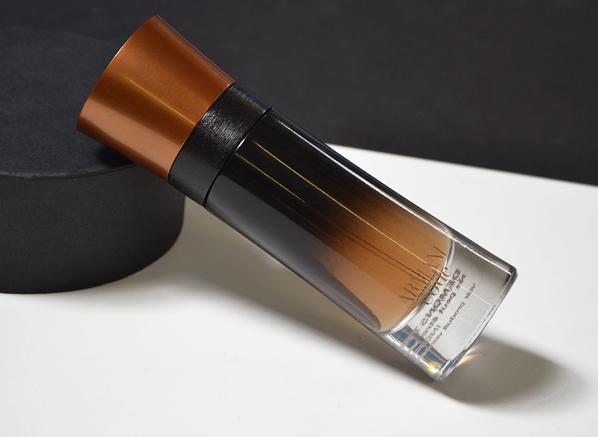 Armani Code is a legend amongst men.  Launched in 1994 and inspired by the satin lapels that are so exquisitely tailored onto Armani Jackets, Code celebrated the strong sartorial elements of Italian menswear.  It was a smart fragrance dressed in black and oozing with Armani style, it’s no wonder that its aromatic star anise accord became so popular.  This year Armani Code goes full tuxedo with Profumo, a brand new Eau de Parfum that enriches and intensifies Code’s inimitable Italian signature with an oriental twist.

Whilst researching this post on Armani’s brand spanking new ‘Profumo’ version of their flagship masculine fragrance, Armani Code, I must admit that I got lost in the eyes of the rather dashing Chris Pine, or Captain Kirk as he is sometimes known, in the scent’s advertising image.  This fact bears no relation to the rest of this review but I felt it was important enough to share none the less.  Well, there is a connection come to think of it because Armani Code Profumo also draws one in with its undeniable handsomeness, magnetising one with its warm leather in the same way one dives into the endless blue of Pine’s eyes…

Anyway, on to the fragrance! 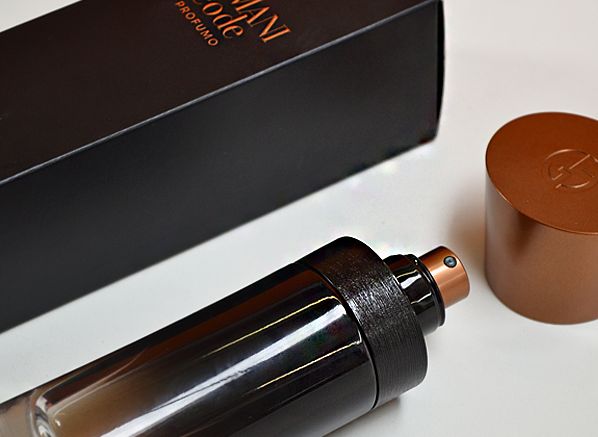 Base: Tonka Bean, Amber and Leather

There isn’t a huge amount of freshness up top, which is unusual for a masculine fragrance and it’s safe to say Armani Code Profumo opens subtly with a slightly fizzy blend of apple and cardamom, creating a warm sort of bite that quickly dissipates into the other.  Just as one gets to grips with what’s going on the two central facets of the fragrance burst forth and firmly take their seats.  I’m referring specifically to the double team of star anise and lavender, which working together in full-force create a sense of something caramelised with a sharp piquancy.  These two elements fit perfectly, making for a bold core that carries right the way through this elegant fragrance.

Armani Code Profumo is relatively linear, meaning that it largely consists of one dominant accord that doesn’t develop significantly over time.  When said accord is a pleasure to smell then this is not a complaint and in the case of Profumo, its warm vanilla, star anise and leather accord is more than welcome to stay as long as it chooses.  There’s seamless blending in the heart and base which allows for intriguing facets to diverge from the main accord and take centre stage.  At times, the sharp edge of cedar wood casts an angular shape, forming the Profumo’s lapels in a textured finish.  At others, the remarkable volume of the super smooth Iso E Super makes everything seem plush, almost as if this particular suit is made from pure velvet.

It’s rare that I’ll describe a fragrance as sexy, but Armani Code Profumo really does smoulder in a way that many masculine perfumes don’t.  There’s something addictive about the clash of the caramelised lavender and the nutty leather that creates an inviting warmth that just begs to be sniffed.  It feels, deeper, richer, warmer and more intoxicating than the original, inviting a more debonair and sophisticated wearer to the fray.  What’s more, the whole thing wears closer to the skin to create something entirely more intimate.  In short, Armani Code Profumo smells pretty damn good and wearing it is as comfortable, and decadent as a sharp Italian suit.

This entry was posted on Wednesday, May 25th, 2016 at 3:40 pm and is filed under Candy Perfume Boy, Fragrance. You can follow any responses to this entry through the RSS 2.0 feed. You can skip to the end and leave a response. Pinging is currently not allowed.

@escentual Try the E-S-C-E-N-T-U-A-L SPF application method so you're always safe in the sun. Here are our #SunPoverty ambassa… https://t.co/lx3zk5o6Ym
12 hours, 38 minutes ago • reply • retweet • favourite

@escentual News just in! There's still time to enter our Instagram competition to be in with a chance of winning the Initio He… https://t.co/nbuTzL5pH0
1 day, 12 hours ago • reply • retweet • favourite

@escentual Thank you, Issey Miyake, for making the fragrance and fashion world a more beautiful place❤️ Your legacy will live on forever #isseymiyake
2 days, 15 hours ago • reply • retweet • favourite

@escentual We're prepared for a week of sunshine here at Escentual with our #summer makeup bags ready to go! ☀️ Head over to… https://t.co/7mvMCFbQRT
3 days, 7 hours ago • reply • retweet • favourite