Safari To My Heart 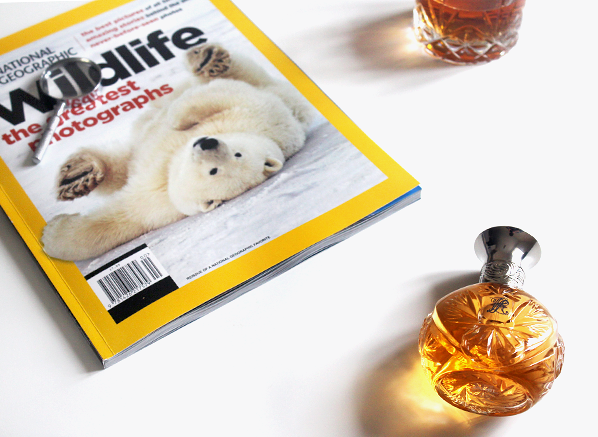 You may be wondering why, in 2016, I’m writing about Ralph Lauren’s Safari, a fragrance that launched way back in the 90’s.  It could be because the perfumer, Dominique Ropion, is one of the great classic noses of our time, but that’s not the reason.  Perhaps it’s because it’s almost the summer holidays and I’m in the mood for exotic exploration.  But that’s not the reason either.  It’s not even the case that Safari is a legendary classic in the way that Shalimar or Nº5 are, but once again, that’s neither the reason nor the case.  No, I write about Safari for a reason that is entirely more personal.  I write about Safari because it is my mother’s fragrance.

Let’s cast our minds back to the early 1990s to a sleepy little village in the heart of Bedfordshire.  My mother, in her own words, spent the majority of the 1980s and early 1990s pregnant and raising four wonderful children (I may have added the ‘wonderful’), so when she got the opportunity to go out, she went all out.  I always remember her as being the ultimate Glamasaurus Rex: a vision in a Versace dress and Butler & Wilson jewellery.  Her dress sense was exuberant and eclectic, whether she be rocking a blood red Valentino suit or a confrontationally patterned Lacroix jacket, but there would always be one constant in her party ensemble: a mushroom cloud of Safari.

But why Safari?  Well, Mummy Candy says that at that time, everyone was wearing Youth Dew, Opium and Poison, all of which were too heavy for her.  Never being one to follow trends, Mother Dearest picked up something that she felt was entirely more timeless, evoking the classic Italian beauties that she admired.  “Safari is the Sophia Loren of perfumes” she told me recently, “it is poised, effortless and dripping with glamour”.  Well, who is to argue with an association as bold as that?!

Safari was always the perfect finishing touch to mother’s outfit.  The bottle was faux-glamorous in the way that so many of that era were.  Carved like a crystal decanter Safari looked like luxury to me and to my mother it felt like a truly precious possession – something that was hers and hers only. Which I guess is much needed when one has four children running around, trying on your high heels (my bad, sorry about that, ma) or using your lipstick (again, my sincerest apologies, it was my colour). Safari is as much ‘my mum’ as kindness and encouragement are, it’s a warmth and loveliness that embodies her spirit entirely. Which is why this review is utterly biased and you should not listen to me… 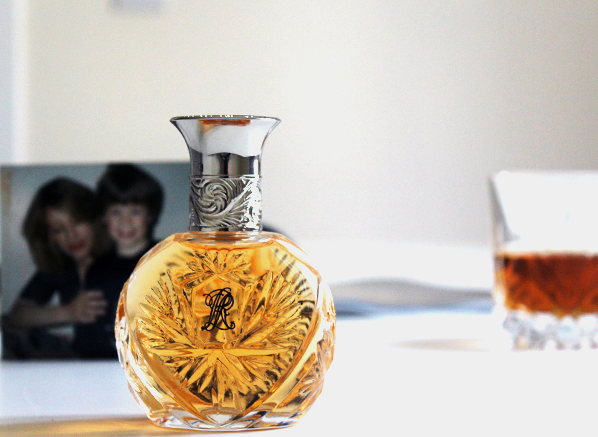 Base: Sandalwood, Cedar Wood and Vetiver

Like Friday nights, big hair, makeup and jewels.  Or in olfactory terms, Safari can be classified as a floral chypre of the blousy variety.  It opens crisp and green with a dry blast of galbanum that is crunchy and stiff.  Quickly a fizz of aldehydes rise up like bubbles climbing the insides of a champagne flute.  They merge with a sweet and dewy citrus note that takes some of the bitterness out of the greener notes, making for something a little bit softer.  The overall impression is of a golden chypre with a sunny disposition and a cuddly, approachable air.

The real glamour takes place in the heart which is a huge blend of roses, white flowers and iris.  Remember in the 90s when ‘gaudy’ was the in thing?  Versace shoved gigantic golden Medusa heads on pretty much everything, not to mention the safety pins and Mugler was making shoulders big enough to cause long term musculoskeletal problems for his models.  Pretty much every designer tried to do away with the bleughness of grunge by pairing minimalist fashion with tacky embellishments.  Well, Safari has that vibe to it with its floral heart.  These are go big or go home flowers, all syrupy sweet, buxom and begging to be paired with some oversized clip on earrings.

In the base, Safari offers up a glorious foundation of mosses and woods.  The overall tone is once again golden, but deeper than the opening’s champagne fizz.  This chypre base is what turns Safari from being just another 90s floral to something a bit more elegant, adding a classic structure to the composition.  It emphasises the bite of the galbanum but also intensifies the sugary warmth of the flowers, allowing for an exciting juxtaposition to take place.

Safari to me is a proper perfume.  In a world full of disposable luxury and up to the minute trends it feels evocative of a time where fragrances had a real concept and story behind them.  Safari was a perfume inspired by international voyage, of exploration and the excesses of the wealthy during the aspirational 1990s.  Yes, it’s a relic of its time, but that’s what makes it so wonderful.  One sniff can take us back to a time where these things were precious and significant.  For me, I’m transported to my Mother’s dressing table, where I’m sat in fascination at the process she undergoes to transition from mummy to glamazon, the finishing touch of which is 10 good sprays of a blousy 90s floral.  Now that’s where I get it from…

This entry was posted on Wednesday, June 22nd, 2016 at 11:53 am and is filed under Candy Perfume Boy, Fragrance, Tried & Tested. You can follow any responses to this entry through the RSS 2.0 feed. You can skip to the end and leave a response. Pinging is currently not allowed.

@escentual Looking for that #FridayFeeling? Prada Paradoxe is the perfect floral scent to carry you through whatever you have… https://t.co/ZzU00dQGmY
5 hours, 33 minutes ago • reply • retweet • favourite

@escentual If you cringe when we say: orange lines, white patches, tiger bread skin, streaks, and an orange hair line, then yo… https://t.co/pKqar5xzYg
1 day, 2 hours ago • reply • retweet • favourite

@escentual @CharlotteScan11 Hey Charlotte, So sorry for any inconvenience this has caused you. If you speak to our customer se… https://t.co/VmIKaNDuWS
1 day, 12 hours ago • reply • retweet • favourite