5 Fragrances To Love From Roger & Gallet 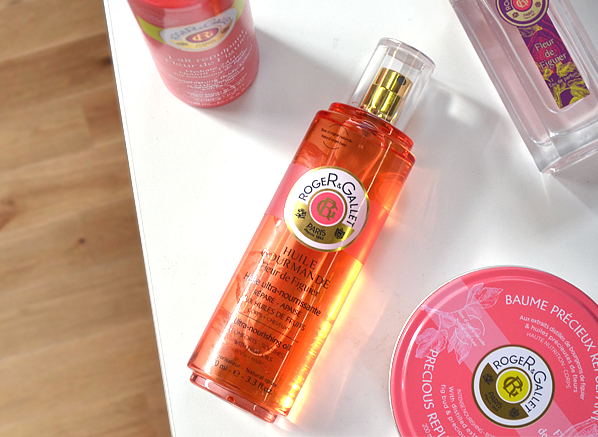 If Roger & Gallet isn’t yet on your radar, it really should be.

Steeped in heritage, the quintessentially French fragrance house is a treasure trove of transportive scents and body products. And with 1/3rd off every product throughout August there’s never been a better time to explore the collection!

So, what makes Roger & Gallet so special? Firstly, it draws inspiration all from all over the world for its fragrances, checking in everywhere from Italy to China in order to create vivid scented snapshots. Another special facet is their emphasis on aromachology. Roger & Gallet’s fragrances aren’t just about smelling good, they’re also about feeling good. Their specially selected distilled essences and natural ingredients work to enhance your mood and thereby your wellbeing.

My favourite thing about Roger & Gallet, though, is their emphasis on texture. Select your favourite fragrance collection and you’ll find an entire array of scented products in the range, from fresh water sprays and oils to hand creams and body butters. Choice is a beautiful thing.

Ready to find your favourite fragrance? Here’re the big five that I think you’ll love… 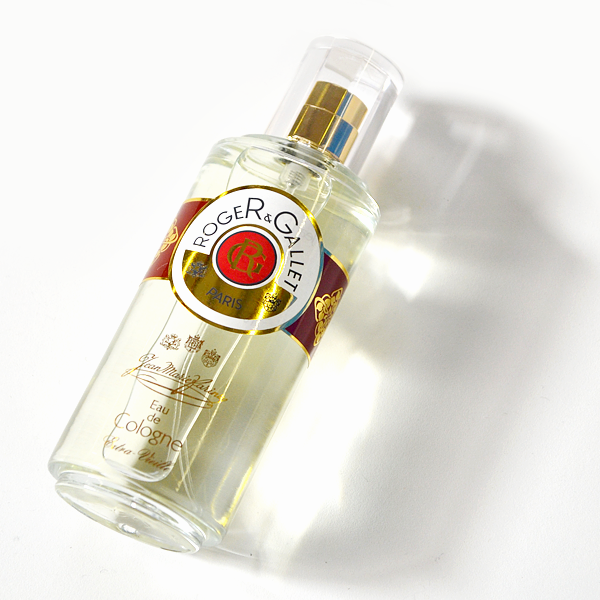 1) The One That Started It All

Though its original formula is over 200 years old, this iconic fragrance smells so up-to-date. The famously refreshing Jean Marie Farina Eau de Cologne is a vision of Italian summertime with its emblematic sun-ripened fruits and rustic woods. It’s the infusion of bitter petitgrain together with herbaceous facets that make Jean Marie Farina truly special, though, adding depth and definition despite the lighter Eau de Cologne concentration. The fragrance has a fascinating history, too – the stimulating aroma is said to have been a firm favourite of Napoleon! 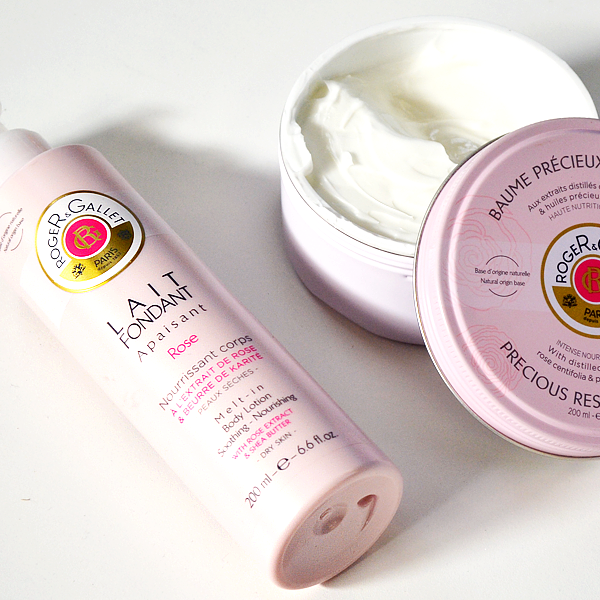 Set aside all thoughts of rose fragrances being a bit twee or stuffy, because this is is something altogether more sumptuous. Roger & Gallet’s Rose is an ode to sensuality, paying tribute to a mythical Indian garden full of majestic blooms. The fragrance captures this sense of fantasy with Nepalese rose and peony facets that are as silken as a sari, with an infusion of almond milk that feels subtly decadent as it whispers against the skin. A thread of amber throughout adds a touch of intrigue to the tantalising softness, making Roger & Gallet’s interpretation of the Queen of Flowers a must-try. 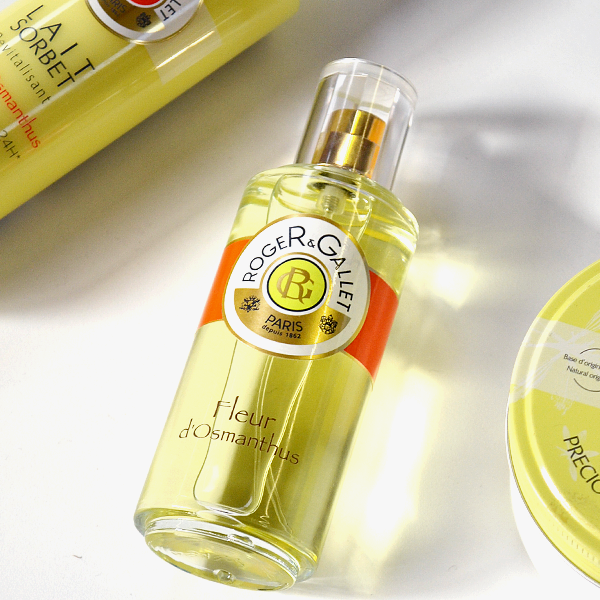 3) The Little Piece of Eden

Fleur d’Osmanthus is a seriously feel-good fragrance. Inspired by the euphoria-inducing effects of osmanthus, perfumer Nathalie Lorson (Yves Saint Laurent Black Opium, Versace Eros Pour Femme) has created a vivid reflection of the Guilin Valley in China, where the small apricot-coloured flowers grow with wild abandon. This unspoilt Little Eden is depicted in delicious notes of grapefruit, mandarin and benzoin, plus a gourmand touch of tonka bean. Its almost tropical composition makes this an immensely fun wear. 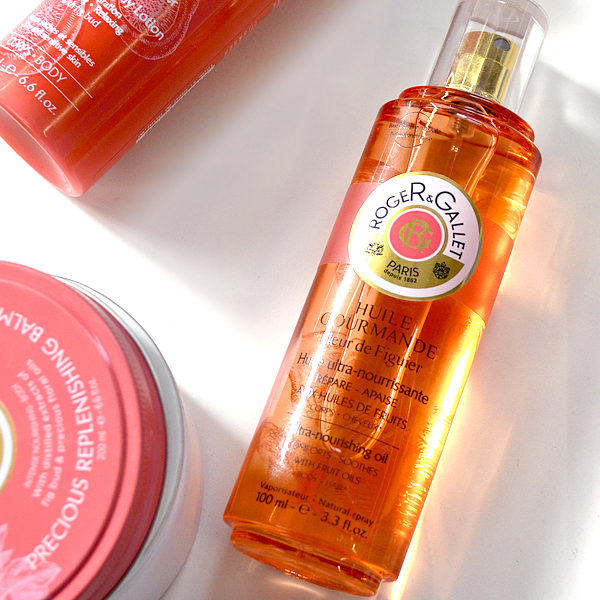 Picture this: the clear, warm waters of the Mediterranean sea, a craggy coastline dotted with fig trees, and blue skies as far as the eye can see. That’s vibe of Fleur de Figuier, a fresh and sweet fragrance that captures the halcyon beauty of the South of France. Master perfumer Francis Kurkdjian (Narciso Rodriguez For Her, Elie Saab Le Parfum) encompassed every aspect of the fig tree when creating this irresistible scent, from its gnarled bark and verdant leaves, through to its juicy fruit and delicate blossoms. As a result, Fleur de Figuier is like a siren call to the coast, sunkissed and tempting. 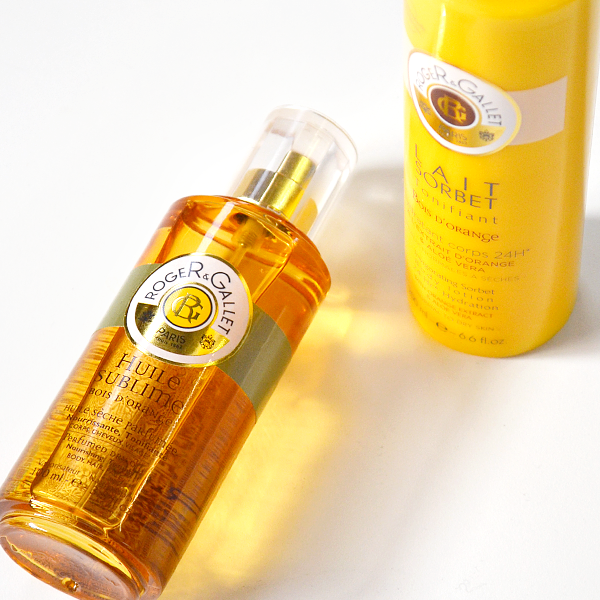 Story: The sun-dappled garden of the Generalife Palace in Granada, Spain
Mood: Invigorating

The Andalusian region of southern Spain is a treasure trove of inspiration. So, for Bois d’Orange, Roger & Gallet headed to the Generalife Gardens of the Alhambra Palace in Granada, a sun-drenched Moorish garden that’s rich in history. In order to fully capture this amber-tinted scene of fruit-laden trees, Dominique Ropion (Lancome La Vie Est Belle, Thierry Mugler Alien) crafted a seductive woody base of palissander and atlas cedar, accented with heady orange blossom and mouthwatering mandarin. It’s the perfect representation of a vibrant, green oasis in the heart of the city, with a hazy feel that will take you back to summer no matter the season.

What is your favourite Roger & Gallet fragrance?

This entry was posted on Tuesday, August 9th, 2016 at 12:24 pm and is filed under Fragrance, Tried & Tested. You can follow any responses to this entry through the RSS 2.0 feed. You can skip to the end and leave a response. Pinging is currently not allowed.

@escentual This #TextureTuesday is dripping in gold!✨ From eye serums and floral-scented oils to Vitamin C capsules, this ultr… https://t.co/cN3I6B4y9S
6 hours, 13 minutes ago • reply • retweet • favourite