A Look At Salvatore Ferragamo Uomo 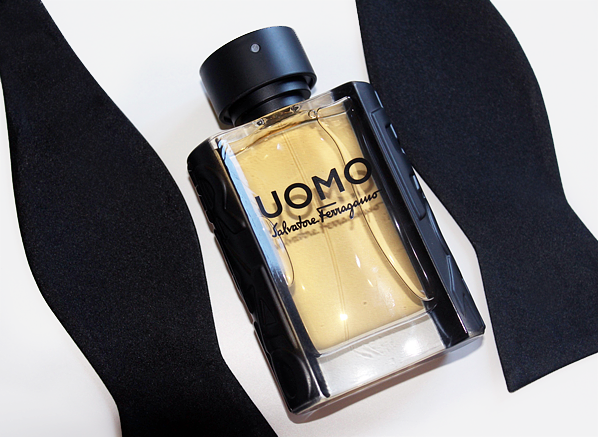 A guy needs a scent for each and every occasion, whether that be for slouching around the house or scrubbing up for a black tie event, and all that’s in between.  Of course, the most appealing fragrances are those that lend themselves well to any occasion, smelling as good and appropriate during a lazy day at home as they do on a formal date night.  But what makes a scent so versatile?  Well, it all depends on the individual fragrance butI think the answer really is down to a combination of elements, including a present, but not overpowering signature and a comforting tone that works anytime, anywhere.

One scent that seems to be ranking highly on the versatility index is Salvatore Ferragamo’s Uomo – the brand new masculine from Italy’s finest shoe maker.  Uomo is described as a “smooth, suave and full of charisma” scent that “expresses the pinnacle of Italian style” which, as far as I’m concerned is a recipe for success.  The fragrance pairs a host of solid, woody things with some nifty molecules that add lift and space, all of which is tucked into an auburn package of vanilla and tiramisu. So “smooth and suave” (with a touch of ‘yum’ thrown in) pretty much sums it up. 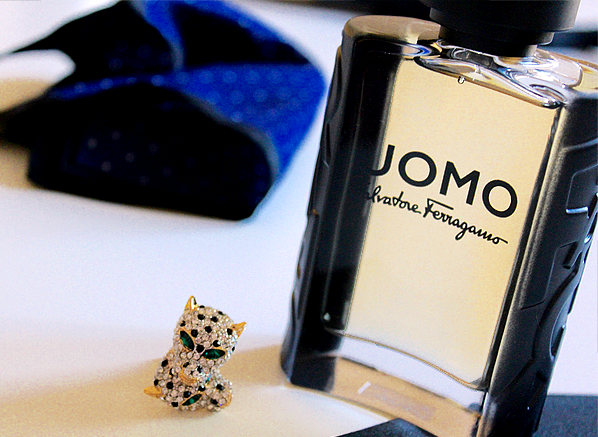 There’s an intense freshness to Salvatore Ferragamo Uomo in the initial moments, which in itself is nothing unusual, except for the fact that it is a bit of an olfactory red herring, for Uomo develops into something that sits entirely at the opposite end of the spectrum of fresh.  Quickly, the zing of bergamot and orange dies away, making room for a touch of spice and a crackle of pepper.  It’s still radiant, but with every passing second one notices an ever growing warmth that builds block-by-block and note-by-note into a resinous delight that is pretty darn handsome.

So after that little flirtatious moment of citrus subsides, Uomo reveals its true colours. At the very core, Uomo is a delectable treat of chocolate, caramel and coffee, with a hint of zesty orange blossom thrown in for good measure.  The notes promise tiramisu and to an extent, that’s what one gets, but the impression is actually more abstract and dissected than that, which means that a guy is going to smell less like a pudding and more like a chocolate-inflected gust of woods and honey.  Sounds pretty good, doesn’t it?

Uomo’s base is a contradiction of sorts.  It pairs the delicious, velvety sentiments of tonka bean, which has an odour profile that is somewhere between warm and hay and marzipan-soaked vanilla, with a plush foundation of woody aromachemicals.  This clash of the thick, delicious tonka and the translucent, airy woods allows Uomo to be both solid and expansive, creating an inviting cloud that lures one in and satisfies with the complexity of its textures.  Actually, ‘satisfying’ is a perfect way to describe Uomo in general and the powdery, iris-like quality this combination brings results in a supple suede-effect that adds a touch of luxury.

Uomo fits into that ever growing category of suave Italian gourmands.  It take strong cues from DIOR Homme and Valentino’s Uomo, but softens them to such an extent that it sticks out as something entirely more versatile.  Where the DIOR and the Valentino begged to be paired with a cashmere turtleneck or a sharply tailored Italian suit, this Ferragamo feels flexible enough to accompany both bow tie and a jersey sweatshirt (but not at the same time, obv.)  Uomo is a fragrance that wears like a second skin, not unlike soft athleisure wear.  It’s an undemanding scent that enhances the man that wears it rather than defines him.  Uomo is my kind of masculine because it embraces softness and doesn’t say that a bloke needs to be sporty, rebellious or strong, all he needs to do is smell good and with Uomo, he will certainly achieve that.

This entry was posted on Wednesday, August 24th, 2016 at 11:47 am and is filed under Candy Perfume Boy, Fragrance. You can follow any responses to this entry through the RSS 2.0 feed. You can skip to the end and leave a response. Pinging is currently not allowed.

@escentual This #TextureTuesday is dripping in gold!✨ From eye serums and floral-scented oils to Vitamin C capsules, this ultr… https://t.co/cN3I6B4y9S
7 hours, 24 minutes ago • reply • retweet • favourite