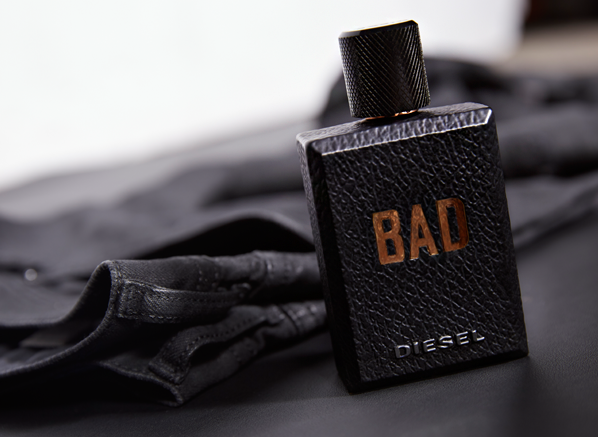 Ever since Diesel’s latest fragrance ‘BAD’ landed on my door step I have been walking around the house with Michael Jackson’s Bad traversing my brain like a persistent little earworm. I sniff the top notes to the lyrics “your butt is mine” and enjoy the base to a chorus of “who’s bad?”. BAD is a punchy name for a fragrance because it immediately gives the image of a certain type of man: the bad boy. We’ve all seen them in movies, watched them on TV and rocked out to their music, but what does it mean to be a bad boy fragrance?

Well, according to Diesel the “BAD man has rebellion running through his veins” and they have created a fragrance that will be “the only trail he ever leaves”. With that in mind, it makes sense then, that Diesel BAD is a big and bold fragrance that is likely to grab attention, at least in the first instances anyway. So is this new Diesel pillar really a bad boy or is he someone you’d happily take home to meet the parentals? Only the sniff test will tell! 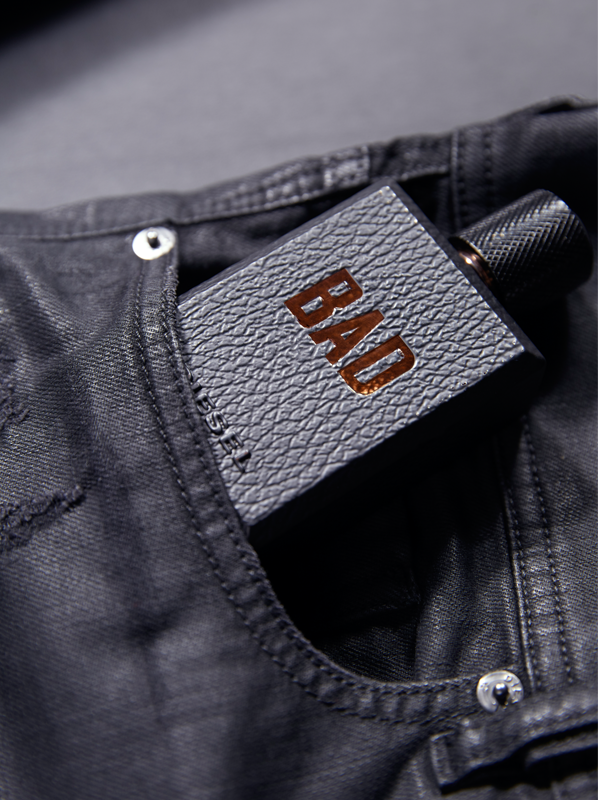 BAD opens fresh and juicy with a giant wave of glistening yellow bergamot. It quickly heads into modern fougére territory by throwing in a sharp dose of metallic lavender for good measure. In my head I see it as some sort of cyber lavender sent from the future to take over all top notes, but that’s just me. The clash of citrus and lavender is accented by some fizzy pepper and warm cardamom, which both bring a bit of zing and texture. Overall, BAD starts out with a growl and a shout of olfactory brashness, whacking out spices, citrus and flowers in gigantic streams.

BAD certainly is no wallflower, that’s for sure. In the heart, BAD promises caviar but instead it delivers a subtle air of salty sea spray, which actually works quite well. Caviar would be too refined for a scent that tries to be rebellious whereas, the sea spray vibe adds transparency, but also reinforces the fragrance’s hard edge. This freshness is likely to be attractive for anyone who is phobic of heavy or oppressive fragrances and it helps BAD maintain a refreshing degree of translucency.

BAD completely softens in the base, revealing a more tender side. Plush, ambery woods dominate against a hint of cherry-sweet tobacco. An ever so subtle sprinkling of iris contrasts the softer and sweeter aspects, giving BAD a gritty and earthy intensity in the far dry down. The real surprising thing though, is just how subtle the fragrance is once it hits the base, which is in complete contrast from the cacophonous opening. BAD is an abrasive character initially but really, once you get to know him, you find out that he’s just a bit softy at heart.

BAD is perhaps a little bit more conventional than it would like to think it is. That bad boy exterior, is just that – an exterior, and it reveals a softer side once the sprayer is depressed. In all truth it’s quite an amiable little thing once it gets going. Whether you’re a rebel without a cause or just a guy trying to smell decent in this big, bad world, BAD is worth exploring if you want something bold but undemanding. My favourite thing about it? The transparent lettering on the bottle looks as if it is illuminated from within serving as a window that revels a burnt orange juice that glows. That’s pretty neat, if you ask me!

Terms and conditions: 2 individual winners will be picked at random at the end of the competition and will win a Diesel BAD Eau de Toilette Spray 50ml. Prize is final and cannot be exchanged for other products/monetary alternatives. Prize winners will be contacted on Twitter and they have 1 month to reply. If the winner hasn’t replied after this one month period, another winner will be picked at random. Only 1 direct entry per person (any subsequent entries will be discounted). No further entries can be made after the competition’s closing date on 7th September 2016.

This entry was posted on Wednesday, August 31st, 2016 at 10:27 am and is filed under Candy Perfume Boy, Competitions, Fragrance, New products. You can follow any responses to this entry through the RSS 2.0 feed. You can skip to the end and leave a response. Pinging is currently not allowed.

@escentual Do you find applying SPF to your little one tricky? Try these three ways for making sure you apply SPF correctly to… https://t.co/Kw1Z1INnxA
1 day, 2 hours ago • reply • retweet • favourite

@escentual Looking for that #FridayFeeling? Prada Paradoxe is the perfect floral scent to carry you through whatever you have… https://t.co/ZzU00dQGmY
1 day, 19 hours ago • reply • retweet • favourite

@escentual If you cringe when we say: orange lines, white patches, tiger bread skin, streaks, and an orange hair line, then yo… https://t.co/pKqar5xzYg
2 days, 16 hours ago • reply • retweet • favourite

@escentual @CharlotteScan11 Hey Charlotte, So sorry for any inconvenience this has caused you. If you speak to our customer se… https://t.co/VmIKaNDuWS
3 days, 2 hours ago • reply • retweet • favourite