2017 Perfume Trends You Need To Know About 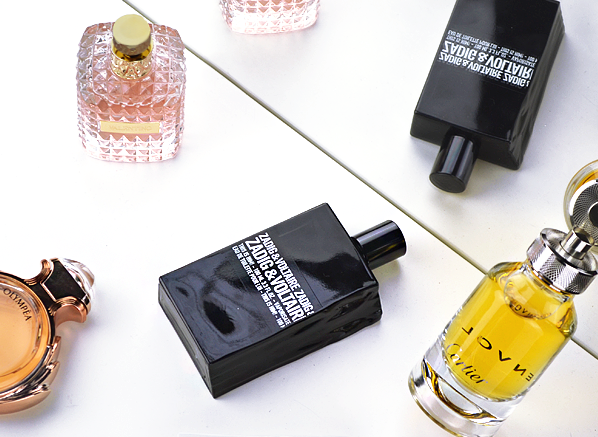 You can look at perfume and fashion in the same way for many reasons.  Firstly, they go hand in hand and much of the success of the industry today can be attributed to the fact that the fashion brands have created some of the most iconic scents out there.  But aside from that, perfume, much like fashion, is very much a follower of trends.  Just look at each decade of the last century, for example, and you’ll see that each has a distinct style of fragrances on offer.  The 1970s was the decade of sharp, aldehydic florals and chypres, whereas the 1980s was all about atomic, syrupy florals bigger than the Empire State Building, and the 1990s was ten years of aquatic repentance for the diva decade that came before it.  So trends are very much a thing in the world of perfume.

It would be fair to say that this century has seen a wider scope of trends, with each decade (can you believe we’re in the second decade already? Jeez!) hosting a larger number of themes than those mentioned above.  Yes, fruity florals, celebrity fragrances and the rise of niche have certainly held their own, but none would define the genre as others previously have done.  So what trends are we going to see this year?  Well, I’m glad you asked because today I’m rounding up four key trends that I think we’re going to see in 2017.  They range from the transparent to the tactile, with some other intriguing stuff in between! 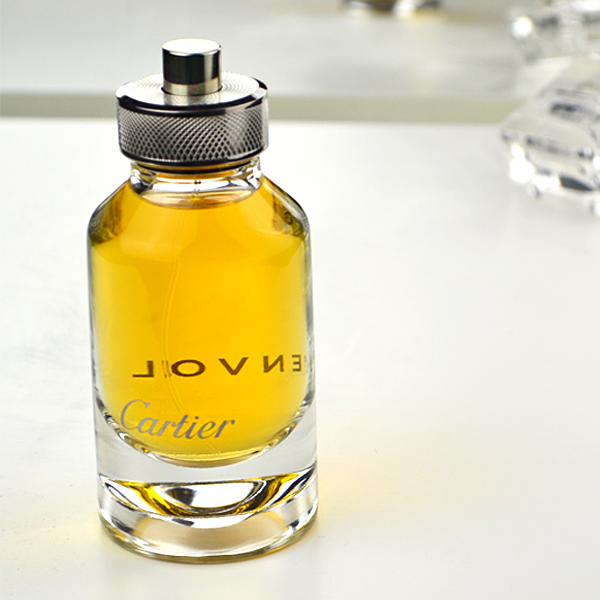 Nick Gilbert, my perfumed partner-in-crime and Fume Chat podcast co-host spotted this one, attributing the trend to fancy new materials that have become available, and he’s most definitely onto something.  Over the last few years we’ve seen a trend for woody fragrances to move away from the denseness of the past, with creations that feel much lighter and sparkle with fascinating clarity.  TOM FORD kicked off the trend with Santal Blush a few years back, but in 2016 we saw the genre explored more thoroughly, with compositions that married transparent woods with unusual twists.

The most notable of which was Cartier’s handsome L’Envol, an airy breeze of clear woods, grey iris and sweet honey that made for a marvellously androgynous woody masculine.  We also saw the clear, crystalline woods put to good use in Calvin Klein’s CK2, which saw milky minerals and sharp greenery complimented by a backdrop of see-through woodiness.  This trend adds an entirely new perspective to the world of masculine fragrance and I think that in 2017 we will see a fair few takes on transparent woods, at least I hope so anyway! 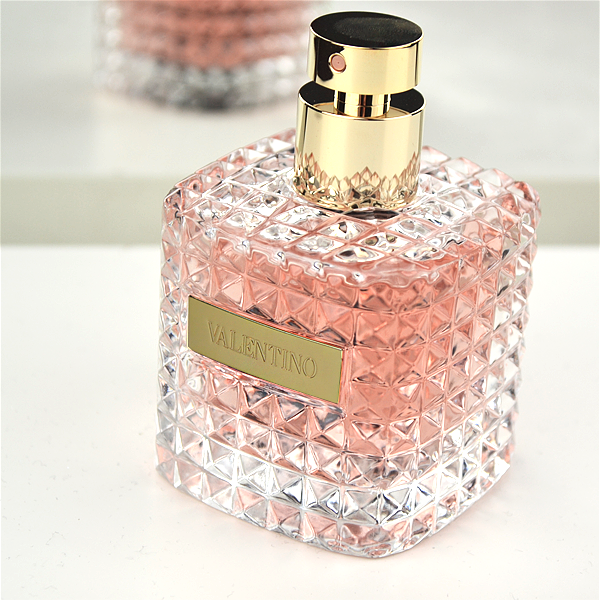 Now, powder accords in fragrances are nothing new, in fact they’re pretty retro when you think about it.  Most fragrances from the 1920s and ‘30s have a powdery facet – just look at the likes of  Shalimar, for example.  The idea of powder is evocative of a vintage time, where the fashion and fragrances were a little bit more full bodied.  In fact, powder has played a part in perfume in just about every decade, albeit in small parts, but now the theme is really having a resurgence and it’s as welcome as it is soft and lovely.

In the last two years we’ve seen a real increase in the number of powdery scents on the market.  One that really stands out is Valentino’s Donna, which pairs rose and iris in the most glamorous of ways, evoking rouge, satin sheets and bright pink flowers.   Narciso Rodriguez released a powdery version of NARCISO in the form of Narciso Poudree and Alaïa are launching a flanker to their debut scent Alaïa Paris (called Edition Blanche) that warms the icy floral-incense of the original with powdery notes, so the trend is already in full swing.  But this trend is not just about powder evocative of cosmetics, there’s also the delicious cocoa powder in Sweet by Lolita Lempicka which conjures up something entirely more gourmand, not to mention the fact that powder has made it’s away into the masculine genre, in the form of the finely milled grey particles within Cartier’s L’Envol.  Get ready for a year of powdery loveliness. 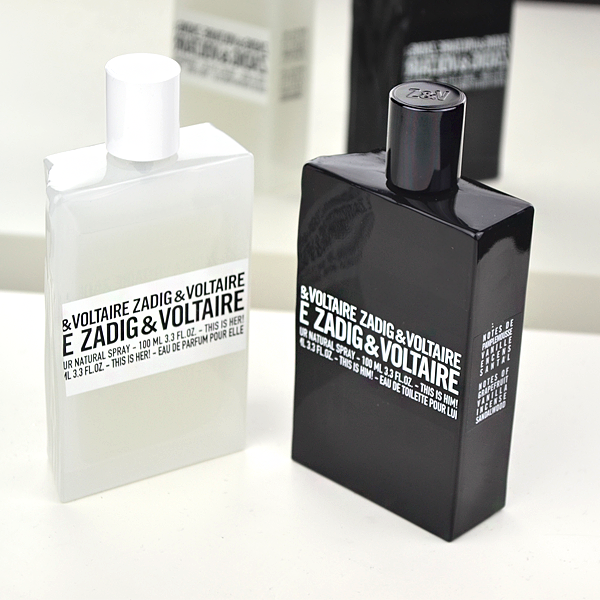 Fashion and fragrance go hand in hand and all the big houses have scents to match their clothing lines.  You can name any iconic fashion brand and 9 times out of 10 they’ll have at least one scent in their lineup.  With that in mind, I guess you could argue that this isn’t really a trend and is rather just the norm, after all it’s been happening since before CHANEL Nº5 and it’ll be happening in ten years with whatever designers are ‘in’ at the time.  I feature it here because it’s the trend that keeps on trending, and every year we see new signature scents from fashion brands that can only be called iconic.

Last year, punky Parisian fashion house Zadig et Voltaire launched This is Her! and This is Him!, two scents to capture the spirit of their brand.  Each served a familiar theme twisted on it’s head, with the masculine taking the age-old amber accord and sexing it up with so much vanilla it practically became sexual napalm, whilst the feminine took a typical sandalwood accord, contrasted it with apricot jam and hairspray to make for something weird but wearable – weirdly wearable in fact.  I’m not sure who will launch an iconic fashion scent this year, but I know we’ll see one from somebody.  2015 was the year of Alaïa and 2016 the year of Zadig et Voltare.  2017 will be a complete surprise. 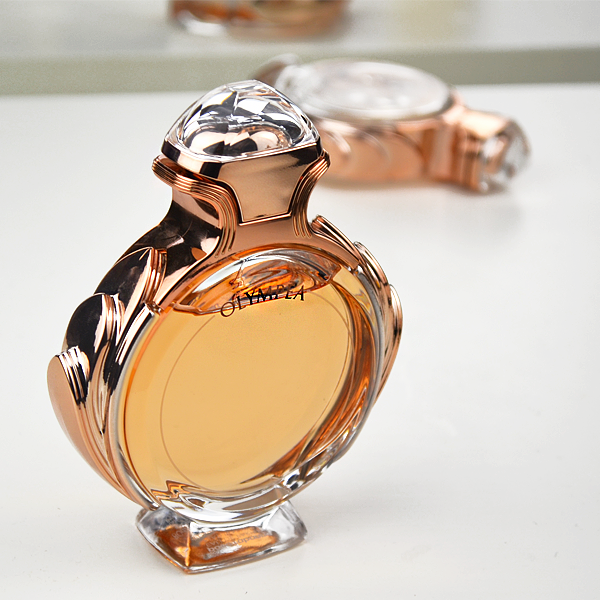 I’ll admit that the prospect of savoury notes doesn’t sound like the most attractive thing on Earth however, they have been applied rather niftily over recent years. We have Thierry Mugler and Womanity to thank for the rise of savoury notes in modern perfumery.  Whilst Womanity was not a runaway hit with the public, with its milky fig and salty-marine-shortbread tones (which are reportedly attributable to a caviar accord obtained through molecular extraction) that were perhaps a little bit too weird for mainstream tastes, it did spawn a whole host of a smell-a-likes that took its salty, biscuit vibe and ran with it.

The most recent and most popular take on this savoury theme is Paco Rabanne’s Olympēa, which pairs a sea salt accord, which has the same biscuit tones of Womanity, with creamy hazelnuts and solar florals.  There’s also a dash of something crunchy and savoury in Zadig et Voltaire This is Her! too, not to mention the salty stripe of vetiver hidden amidst the Nutella accord of Mugler’s Angel Muse  All of this is good evidence that savoury splashes are going to continue to be a big thing this year.  I’m always here for unusual accords so this is perhaps the most exciting trend out there.

Zadig & Voltaire This Is Him! Eau de Toilette Spray 30ml

This entry was posted on Wednesday, January 18th, 2017 at 1:49 pm and is filed under Uncategorized. You can follow any responses to this entry through the RSS 2.0 feed. You can skip to the end and leave a response. Pinging is currently not allowed.

@escentual We joined Twitter 12 years ago today! Do we have any followers since then? #MyTwitterAnniversary https://t.co/hGNkVt0K8x
10 hours, 5 minutes ago • reply • retweet • favourite