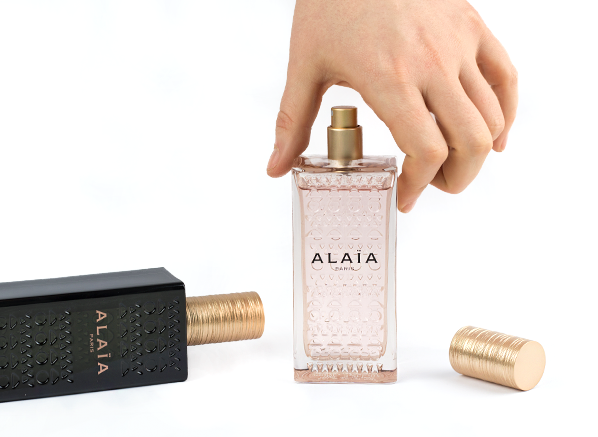 Azzedine Alaïa was a unique designer that didn’t play ball in the fashion industry. He was unconventional because he did not advertise his clothing, nor did he show at fashion week, yet the demand for his designs was constant. Alaïa simply didn’t do things like everyone else, so it’s absolutely no surprise that, after founding his house in 1980, it took him 35 years to launch his very first fragrance – Alaïa Paris. This debut fragrance itself was unconventional – it took inspiration from an iconic Alaïa gown, but also from the designer’s memory of childhood. Alaïa asked the perfumer Marie Salamagne to create him a fragrance with “the scent of cold water falling on hot chalk” – and that is exactly what she made, resulting in a composition that was easily one of the most exciting designer launches of the decade.

This year, the house of ALAÏA launches Alaïa Paris Nude, the third fragrance in their collection. It follows Alaïa Paris and Alaïa Paris Blanche as a more intimate take on the olfactory signature of the house. It’s billed as a more feminine take on Alaïa’s structural silhouette – a fragrance of contrasts where the lightness of woods and musk flirt with the weight of flowers and powder. This is an Alaïa at its most playful, tender and innocent – an ode to the beauty of skin. 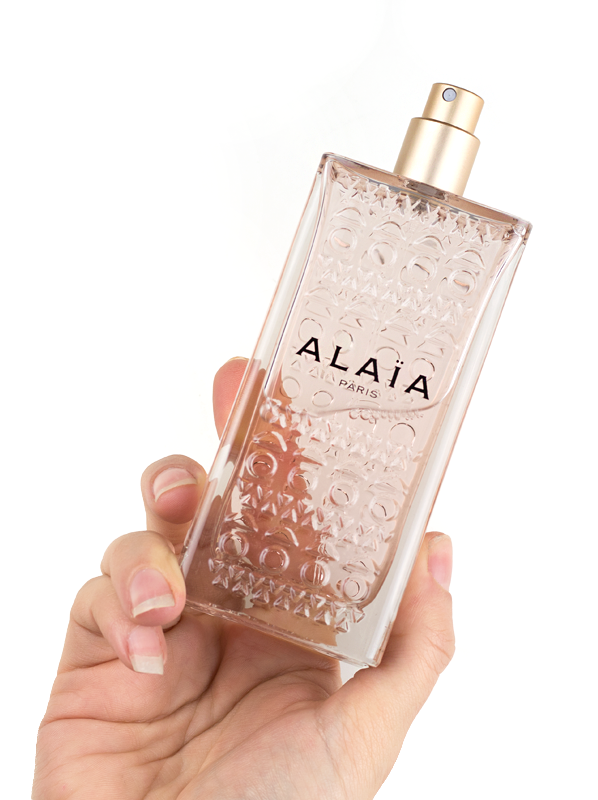 The first impression offered by Alaïa Paris Nude is one of woods but instead of hard, angular woods, think of the softest cedarwood you can imagine. The wood is not powdery, nor is it grainy, no, instead the opening brings forth a creamy paste of blond woods that is so soft it almost feels like silk. For contrast, a green almond note brings freshness as well as a nutty character, with a texture that boasts the overall creaminess. Alongside that, the cedar presents a spicy character evocative of warm bodies, hinting at naked skin which, let’s face it, is very on point with the name of the fragrance.

Hints of familiarity appear in the heart, with warm orange blossom evoking the (albeit more austere) floral signature of Alaïa Paris and iris calling to mind the terracotta powder of Blanche. Where Nude sets itself apart from these two fragrances is with its transparency and lightness. Nude feels utterly weightless as if the powder and flowers are merging in the air above the skin, allowing for the feeling of softness to carry through well into the core of the fragrance.

In the base, Nude lifts further off into the stratosphere. Musks give the already incredibly smooth texture of the fragrance a greater softness and a more flawless texture, whilst also spacing things out enough to allow for a beautiful sense of clarity. A more gourmand nuance comes into play in the form of tonka bean, giving Alaïa Paris Nude a hay-like sweetness that is supple and cool. It all blends wonderfully, with ultimate smoothness and a complete sense of well-rounded completeness.

Alaïa Paris Nude fits right in next to Alaïa Paris and Alaïa Paris Blanche, making for the perfect trio of fragrances, each of which is very much created in the sculptural, structural style of their namesake designer. Alaïa Paris was a pure couture fragrance, all cerebral and abstract, whilst Blanche is all makeup powder, making it perfect for the boudoir. Nude, however, feels as if it is the freshest and most casual in the collection. It’s the type of fragrance one can throw on without thinking too much about it, but it’s by no means a throwaway scent, instead, it acts as a bridge between the cool, aloof floral character or Alaïa Paris and the nutty powder of Blanche. For that reason, Alaïa Paris Nude is the perfect starter scent for someone looking to enter the olfactory universe of Alaïa.

This entry was posted on Wednesday, February 28th, 2018 at 11:11 am and is filed under Uncategorized. You can follow any responses to this entry through the RSS 2.0 feed. You can skip to the end and leave a response. Pinging is currently not allowed.

@escentual Our tip to get through #BlueMonday is to spray your favourite mood-boosting fragrance. What scent have you got on t… https://t.co/xzWEQURcKs
3 days, 7 hours ago • reply • retweet • favourite