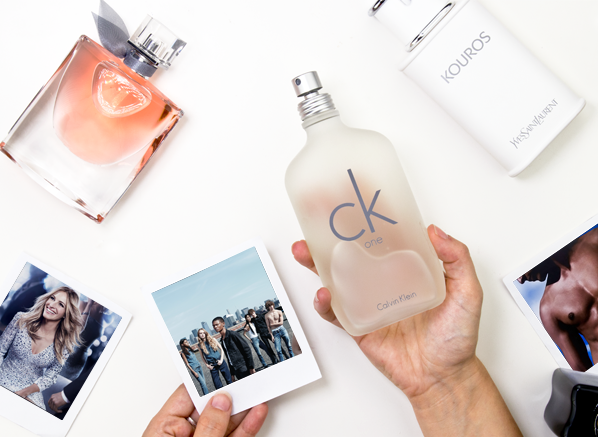 Sometimes when I tell people that I’m into perfume they will give me a look that makes me feel as if I just told them that I stage my very own Hunger Games in my back garden on the weekend. “But why?” they will ask – “it’s just smelly water”, eliciting generous eye rolls from me. Now, if you’re reading this, the chances are that you would agree with me that perfume is so much more than just fragrant water, but to a lot of people our sense of smell simply does not rank as highly in terms of importance as our senses of sight, sound, taste and touch, and therefore, perfume is still somewhat of a novelty. But in truth, perfume is an important part of everyone’s lives – it is a cultural object – a marker in space and time that factors into everyday life, whether that be for the simple act of smelling better, or as part of something more ritualistic.

Much like the way in which decades are defined by the fashions worn, one can mark a decade by the fragrances people wore, and certain styles of fragrance, or even certain fragrances themselves can be like firing up a time machine with just one spritz. Flux capacitor fragrances – that has quite the ring to it, don’t you think? We can map history through the fragrances worn at specific times. When we look at the 1920s and ‘30s, we smell the decades of jazz clubs and fashion, uncorking the scents of flapper girls and couture through the offerings of Chanel and Guerlain. Spritz a YSL scent from the 1970s and you’re power dressing down the River Seine in Paris. Fragrances have history and they are an important fibre in the fabric of our culture, this is an undeniable fact.

In this post we will be going on a whistle-stop tour through the iconic perfumes of the last four decades, marvelling at what we wore and why. There will be classics, modern icons and most definitely shoulder pads, I even guarantee some dodgy puns and imagery, aren’t I generous? So buckle up, because once we fire this time machine up, it’s gonna be a bumpy ride!

The 1980s is the most infamous decade of scent and perhaps the one most responsible for causing people not to like fragrance. It was an age of excess, where big everything was du jour – big hair, big shoulders and big scent. People were more affluent and had money to burn, resulting in perfume brands upping their marketing spend to create iconic campaigns, each one competing for a place in the market. This was the decade of the nuclear bombs – the atomic florals, neon fruits and aldehyde grenades, but it was also an age of hairy chested masculines, where strength and masculinity were seen as one and the same.

Out of all of the 1980s heavy hitters, none packed quite a punch like Giorgio Beverly Hills. Launched in 1981 as an exclusive fragrance for the LA boutique of the same name, Giorgio Beverly Hills was the first fragrance to be advertised by a scent strip in a magazine and with this innovation, in marketing, it became the absolute opposite of exclusive – every woman could smell it and they all wanted it. Giorgio Beverly Hills was the scent of a generation – for all women. It encapsulates a certain style – it’s all ‘big hair, don’t care’ with its gargantuan blend of steamy aldehydes, lush greenery, juicy fruit and tropical white flowers, over a base of creamy sandalwood and amber. Giorgio Beverly Hills brings to mind the image of a well-kept woman who needs a lot of hairspray to keep things in place, typifying the feminine scents of the 1980s with its iconic blend of heady flowers and syrupy fruit. It’s nothing short of a classic.

For the gentlemen of the 1980s, there was YSL Kouros – a masculine fragrance that celebrated the buff bodies and overt masculinity of the ancient Greeks. Much like its feminine counterparts, Kouros had quite the signature, but the clash here is not between fruits and flowers, instead, it is the dirty and the clean that wrestle for dominance. Korous is a juxtaposition of clean flowers and spice (clove) against an intensely animalic background that one can only describe as funky. I’ve always imagined it as the smell of a tanned, muscular body that has been lying in the sun for a few hours, which isn’t the worst of images let’s be real…

Do they both smell as good today as they did then? Of course and whilst dated in some ways, they feel like they are coming back into fashion again. 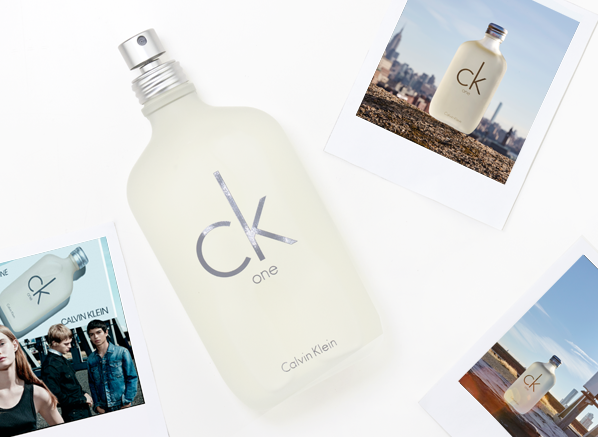 In stark contrast to the 1980s, the 1990s were the decade of not giving a crap. The fashion was more grungy -more ‘I don’t care’ and less complicated. The appearance of simplicity was key, both in fashion and fragrance, with the latter firmly on the naughty step in the 1990s, having run around on an e-number fuelled hyperactive episode throughout the 1980s, so punishment and repentance were the moods du jour. This translated itself into fragrances that were sterile, pure and fresh (the likes of L’Eau d’Issey by Issey Miyake spring to mind) as if they were trying to wash away the stink of the preceding decade like a big old olfactory wet wipe.

Perhaps the most iconic fragrance of the 1990s is CK ONE – a scent that not only typifies the clean genre but also unisex fragrances too. Of course, CK ONE was not the first unisex fragrance, nor was it the last, but it is perhaps the one that made the idea cool, with the idea of a perfume to share presented in an incredibly trendy way. Created by perfumer Alberto Morrilas, CK ONE was also unapologetically synthetic, with a fresh signature that feels entirely man-made. CK ONE boasts notes of pineapple, bergamot, green trees, musk and green tea against a backdrop of hedione, an aroma chemical that has a golden, jasmine-like odour and a lifting effect.  The result is unending and powerful freshness presented in an abstract, clear and distinct manner. Just the thing to wash away those 10 sprays of Giorgio Beverly Hills you applied in 1983 and were still going strong in 1998. 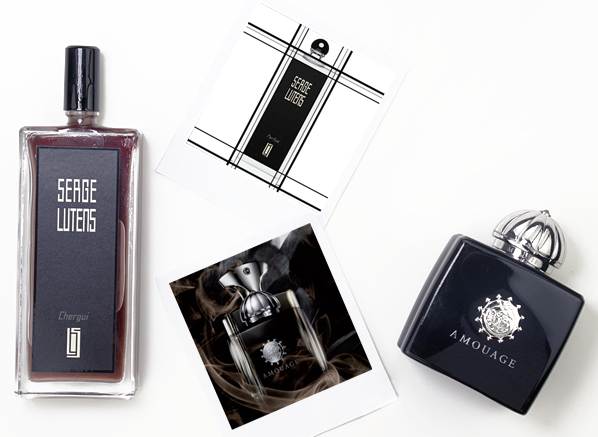 With the turn of the millennium, the world became more sophisticated.  Having survived the millennium bug that didn’t bug anything up, the world of perfumery turned towards the idea of exclusivity with the rise of niche perfumery.  Now, niche perfumery is nothing new, in fact, it has been going since the 1970s when Jean Laporte created the first niche perfume brand L’Artisan Parfumeur, but it didn’t really gain in popularity until the early ‘00s.  So what made niche explode? Well, there are a number of factors, first and foremost consumer demand was simply there for it at the time. Bored with the same old mainstream fare, consumers demanded to smell different which paved the way for a multitude of niche brands to offer up something new.  Furthermore, the mainstream cottoned on and launched exclusive collections, with brands like CHANEL, TOM FORD and DIOR having massive success with niche fragrance lines, creating a booming market of highly-priced, more artistically driven, and exclusive scent.

One brand that turned the idea of cult perfumery into niche is Serge Lutens and whilst his collaboration with Japanese brand Shiseido did not result in the first niche house, it did birth perhaps the most important.  Working in an idiosyncratic way, Lutens crafts olfactory riddles that bring aspect concepts into fragrant form, with fragrances inspired by everything from nuns to silk stockings. He is the king of the cult fragrance and none are more cult than Chergui, a scent that captures the smell of hay in a sweet, tobacco-like aroma that is as addictive as it is iconic.

But Serge Lutens isn’t the only house to change the form of abstract concepts into scent – the Omani house of Amouage has also had a massive impact on the world of niche fragrance.  Through Amouage’s fragrances, Creative Director Christopher Chong tells unconventional stories on an epic scale. One of the brand’s many masterpieces is Memoir Woman, which takes inspiration from The Black Swan and with its bitter, spicy signature that straddles the oriental and the chypre, it celebrates the duality of gender.  Niche perfumery, when done right, can be perfumery at its most artistic and poignant, and Amouage is at the very forefront of the industry. 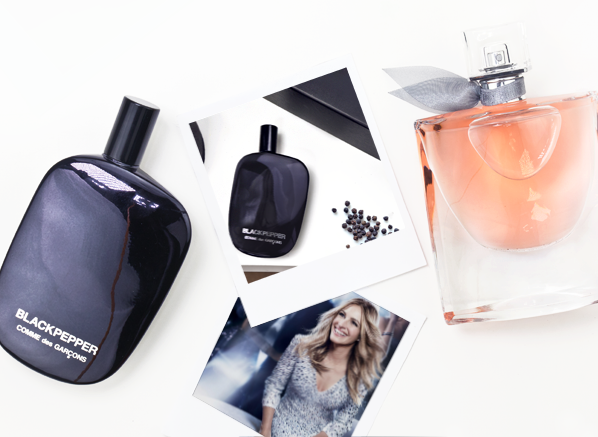 That brings us bang up to date and to the 2010s. If there is anything in this decade that sticks out it is food – we are obsessed with the stuff! Whether we’re banging on about amazing food trucks, consuming vast amounts of sugar, or avoiding it and anything else in our gluten-free, kale-filled diets, we are obsessing over it. We’ve seen this food obsession filter into fragrance too with women’s fragrances in the mainstream becoming decidedly more sweet, with fruits and sugars clashing with powdery notes for added elegance, whilst the masculine scents of the decade have all been about dry spices.

The most iconic of the new generation of sweet fragrances is Lancome’s La Vie Est Belle – a goliath that has spawned an entire subgenre of fragrances. La Vie Est Belle took the fruity candyfloss signature of popular fragrances such as Viktor & Rolf’s Flowerbomb and turned the volume up to 100, whilst contrasting it with a velvet-like dose of iris to create a voluptuous powdery effect. The result is a sweet and satisfying scent that wears like cashmere, merging the excessive and the luxurious together in one delectable, satisfying treat. It’s almost as if we’re back in the ‘80s, isn’t it?

As for the gents, the foodier facets have most definitely moved away from the sugar-filled and focused on the spice, especially in the mainstream. For the most part, men, and do forgive me here gents, do tend to be a little less experimental in their fragrance choices, opting for scents where the marketing and imagery connect with their ideas of what it is to be a man, rather than intriguing olfactory concepts.  So enter spice – a genre that tends to mean strong, handsome and manly. The best spice fragrance out there is Comme des Garcons Blackpepper (technically it’s unisex but hey) and it manages to create a linear scent with all the silvery spice of black pepper, but also woodsy undertones that give it a large, imposing and masculine presence. It’s surprisingly refreshing and a great contrast to all that sugar out there!

The great thing about fragrance is its ability to surprise. Who knows what we will be wearing in the next decade – maybe the 2020s will be the age of the citrus or perhaps it will be a minimalist decade of skin scents that give that ‘your skin but better’ vibe. The options are limitless and I for one am excited to see what comes next.

• Our Most Repurchased Products

This entry was posted on Wednesday, May 30th, 2018 at 5:49 pm and is filed under Candy Perfume Boy, Fragrance, Men, Trends, Tried & Tested. You can follow any responses to this entry through the RSS 2.0 feed. You can skip to the end and leave a response. Pinging is currently not allowed.

@escentual Molly Mae has shared two #skincare products she uses, and they are both available on Escentual...… https://t.co/3QaluQir0T
42 minutes ago • reply • retweet • favourite