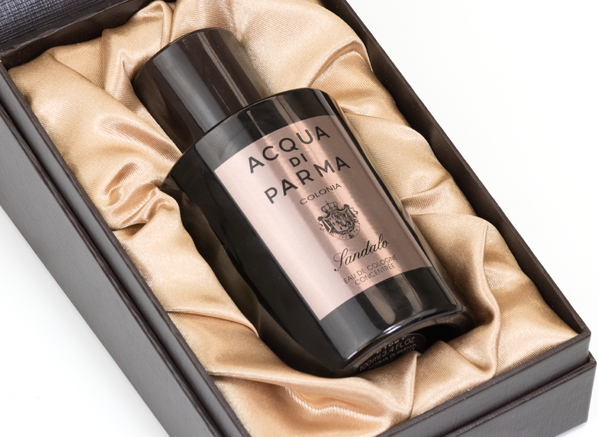 Acqua di Parma’s extensive collection of colognes serve as an exploration in to the world of the eau de cologne. Stemming from their iconic Colonia, which first arrived on the scent in the early part of the last century, Acqua di Parma has intensified, twisted and remixed this familiar theme into new and surprising olfactory tunes, with each one bringing something new to the brand’s wardrobe of colognes.

For their latest twist in the Colonia Ingredients collection, ‘Colonia Sandalo’, Acqua di Parma has gone the way of the fougère, traipsing a path far removed from the bracing, solar freshness of the eau de cologne. The fragrance takes on a new, ultra-masculine signature that is suave and woody in equal measure. 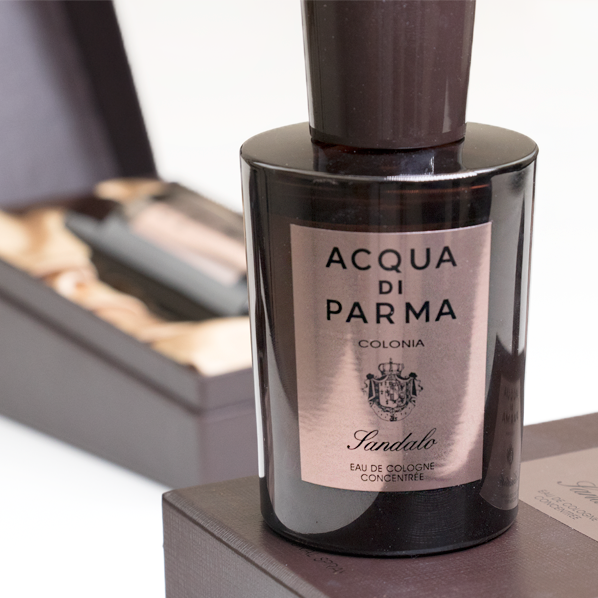 Base: Sandalwood, Tonka Bean and Amber

The cologne element of Colonia Sandalo is, rather unsurprisingly, most prominent in the top notes, which present a wave of bright, bracing citrus. Lemon, with its pungent bite of dewy bitterness, feels like the star here and it’s contrasted perfectly by petit grain (an oil extracted from the leaves and green twigs of the bitter orange tree), which brings an odour similar to orange blossom but with more pronounced citrus and green facets. Together they create a smooth opening that is incredibly attractive.

What comes next is lavender and a lot of it. Lavender is traditionally used quite widely in masculine perfumery, predominately in the fougere (fern) category. Here, the sweeter elements of the lavender (which can often present as a toasted sugar facet) are toned down by the addition of cardamom, a spice that really gives a rocky, rugged feel to the iconic purple flower. The result is an elegant core that feels like a finely chiselled face coated with designer stubble.

Now, you’re probably thinking “where is that Sandalo” that takes top billing in this new remix of “Colonia” and my answer to that is “in the base” and there is oodles of it too. Sandalo, if you haven’t guessed, is sandalwood – a marvellous material that has an amazing duality, smelling spiky and peppery on one hand, but also smooth and creamy on the other. In Colonia Sandalo, the sandalwood brings a hard, spicy quality that adds to the overall butch, outdoorsy vibe of the fragrance. Basically, Colonia Sandalo is a sexy, bearded lumberjack clad in designer flannel and if you don’t feel as if you need that in your life then I don’t know how to help you.

I’m going to be bold and say that, out of all the Colonia editions, aside from the original (which I really do adore), Colonia Sandalo is my favourite.  It is smart, and sophisticated, but also a bit rugged too, which is never a bad thing.  It feels entirely approachable – an easy and affable fragrance to chuck on for every day or when the occasion for something undeniably handsome arises. Gents, it’s the kind of fragrance you need in your wardrobe, and ladies, you REALLY want to smell this on a man, trust me.

• Inside Our Expert’s Fragrance Wardrobe: The Woods

This entry was posted on Wednesday, August 1st, 2018 at 10:10 am and is filed under Candy Perfume Boy, Fragrance, Men, New products. You can follow any responses to this entry through the RSS 2.0 feed. You can skip to the end and leave a response. Pinging is currently not allowed.

@escentual Trying to make it to January payday... #Valentino We have so much love for Kristen McMenamy and @MaisonValentino… https://t.co/Lr664ECUEn
1 day, 10 hours ago • reply • retweet • favourite