A Week In The Life Of A Fragrance Fan 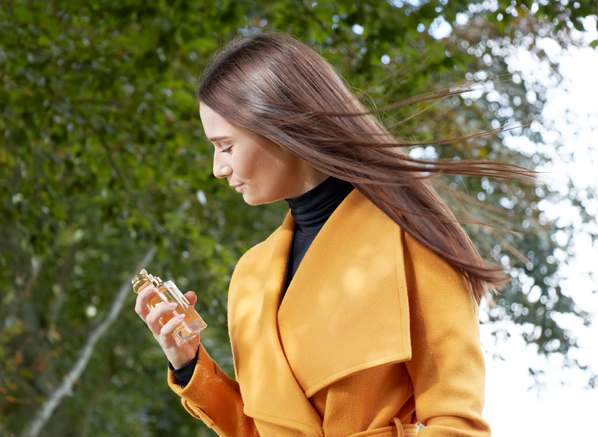 “Hi, I’m Ceryn and I’m addicted to perfume.” These are the words I’d be muttering if fragrance anonymous was a real thing. Luckily, it’s not. And I, along with any other olfactory admirers reading this, can live our lives surrounded by as many eaus as we please. Plus, I prefer fragrance fan to fragrance addict anyway…

Perfume is my weakness for so many reasons. Not only is it my cloak of confidence, but a single spritz of the right juice can change my mood, emotion and even transport my mind to an entirely different place. It’s safe to say that perfume is a pretty powerful thing. Unlike fashion, which I find really hard to get ‘right’, fragrance allows me to experiment with my style without any of the embarrassing moments. I still get flashbacks of all the outfits I tried to pair with Ugg boots in my teens… but that’s a horror story for another day.

If you’re not a fragrance fanatic like me you could quite easily find yourself reaching for the same scent every day. And there’s nothing wrong with that, but I’d be lying if I said you’re not missing out. So, to inspire you to leave your comfort zone I tasked myself with a week of fragrant discovery, and well, rediscovery. From my perfume roots to rooting through my boyfriend’s stash, here’s how I scented last week… 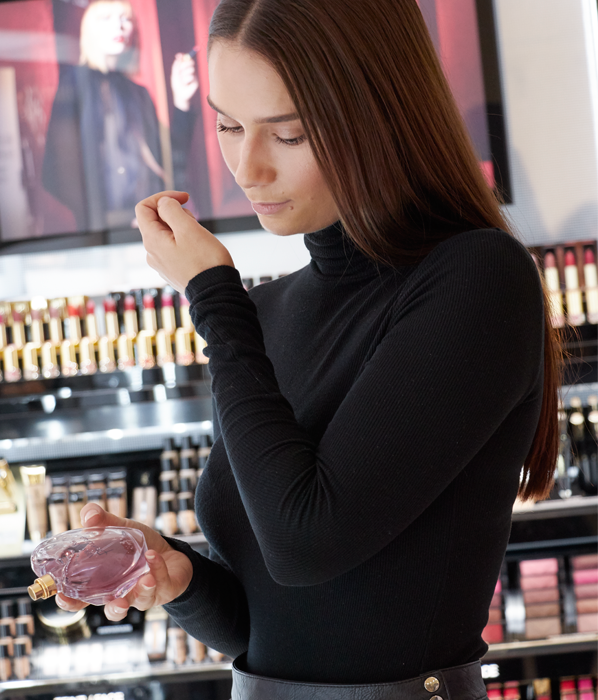 Where it all began… Vera Wang Princess Eau de Toilette

Where did your fragrance story begin? Mine began aged 13 in Glasgow Airport. Yes, I picked up my very first perfume in duty-free and it was Vera Wang Princess. I still think it’s really ironic that my first fragrance was called ‘Princess’ because it made me feel so grown up at the time!

There was no doubt about it, Princess had to be my Monday scent as it seemed only right to start the week with the Eau de Toilette that kickstarted my olfactory obsession. Princess, for those of you that haven’t tried it, is an oriental floral; it’s very light and delicate, and from the beginning, you get a beautiful, feminine wave of powdery florals on a very subtle citrus backdrop. It’s its development over time that I adore though, because as it dries down Princess becomes less ‘girly’ and more grown up thanks to additions like cacao and vanilla, which give it a more gourmand edge.

My Monday started with compliments like ‘you smell so pretty’ from my boyfriend and turned into “wow, what a gorgeous perfume” by the end of the day. Princess is a great example of ‘never judge a book by its cover’ – or indeed a perfume by its name! 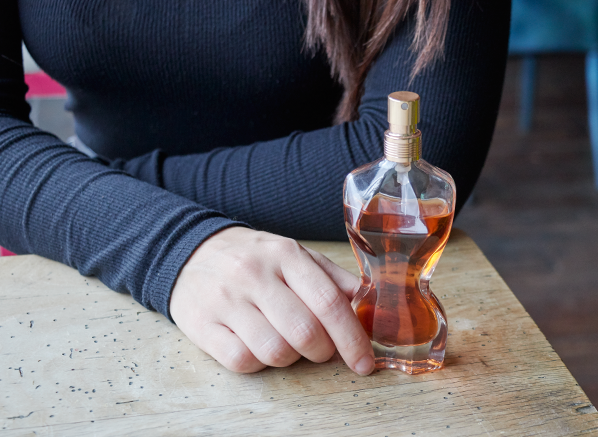 Princess is where it all began, but what am I wearing now? Well, as I’ve mentioned above I’m not 100% loyal to a single juice, but I’d still say that Classique Essence de Parfum by Jean Paul Gaultier is my signature; it’s the aroma I imagine by friends and family would intrinsically link to me.

Classique is a beautiful and powdery white floral fragrance. It’s equal parts sexy and sophisticated and it’s my go-to when I want to feel extra confident or have a productive day. It’s not for everyone I’ll admit, it’s what I call ‘a look at me fragrance’ and that’s because of rich, white floral facets like orange blossom and mouthwatering, gourmand additions of chantilly cream and vanilla. 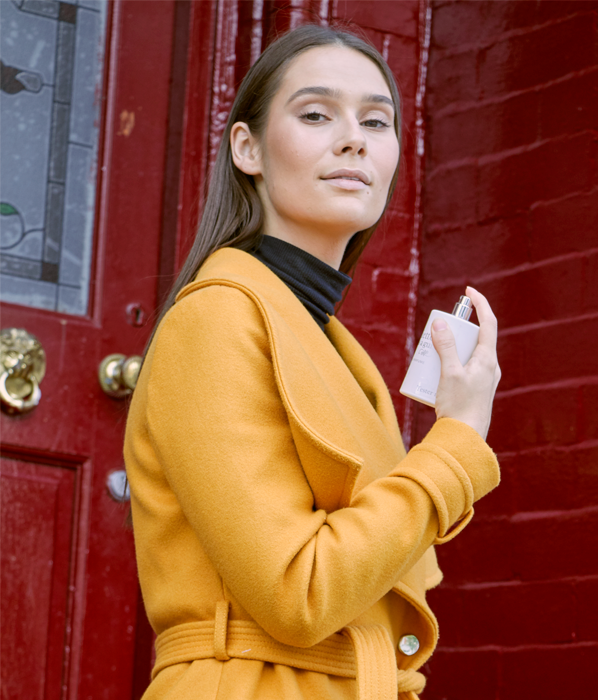 When it gets to the halfway mark in the week I am usually in a slump. They call it hump day for a reason after all. That’s why on this day I chose to wear Not a Perfume by Juliette Has A Gun. This interesting juice contains only the note ambroxan, a facet abstracted from clary sage, which has a soft and musky aroma that differs on everyone’s skin.

Not a Perfume is the fragrance to pick when you have absolutely no idea what to wear. On me, it smells clean and slightly sweet but on you it could smell completely different, which makes it such an intriguing fragrance to try.

I didn’t get any show-stopping comments when I wore Not a Perfume, but that’s not entirely a bad thing. I’d say it’s like a quiet confidence booster, almost like when you wear new, expensive underwear. 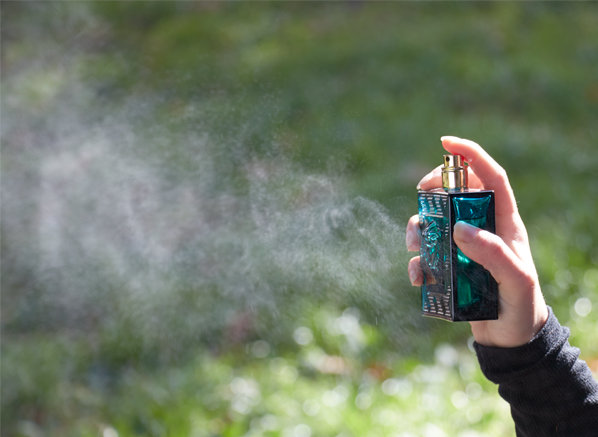 What’s yours is mine… Versace Eros Eau de Toilette

I’m going to start this section by saying that you should wear whatever fragrance you like, no matter who it’s marketed at. That’s why Thursday saw me dipping into my boyfriend’s collection (sorry Simon!). I chose an eau that instantly reminds me of him whenever I smell it: Versace Eros.

I’ve always been a fan of Eros; it’s fresh and clean with notes like mint and apple in the top but it has this underlying smoothness that makes it feel really comforting, which we can thank vanilla and ambroxan for. There’s no question that Eros is refreshing, even on me,  but I’d also say that it’s a little mysterious and dare I say a little bit sexy… In all honesty, I love this aroma so much that I’m not sure why I hadn’t stolen this from my boyfriend sooner.

At no point during this day did anyone say to me: “are you wearing a men’s fragrance?”, which I did think could happen. Instead, the only comment I had was: “you smell fab today, what’s that?” and you can’t argue with that! 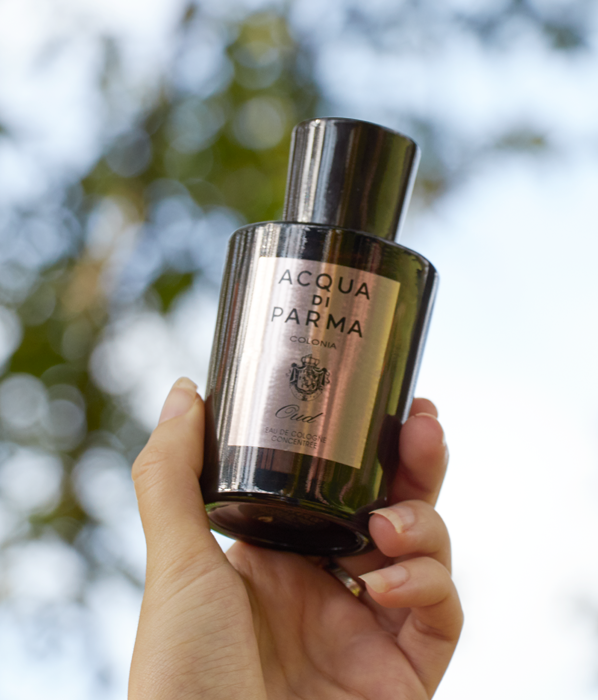 On a Friday I always feel like trying something new. Perhaps it’s the excitement of the approaching weekend, but on this day I tried to task myself with wearing a fragrance I’d never usually wear. This time it was oud!

As I’m a new to the world of oud I wanted to ease myself in slowly. Oud fragrances can often be rich and full-bodied and that’s why everyone loves them, but I wanted to try something a little pared-back to start.

The fragrance I decided to wear was Colonia Oud by Acqua di Parma, a recommendation from Chelsey, who’s a big oud lover and the mastermind behind Escentual’s social channels. Colonia Oud was a perfect choice; it’s a lighter take on a typical oud composition and made me realise that this fragrance family isn’t as scary as I once thought!

Colonia Oud combines the fresh themes of the original Colonia with agarwood and throws in some leather and spices for depth. The result is really wearable! Of course, it’s unlike anything I’d normally wear. There’s no white floral in sight but I really enjoyed wearing it. So many people commented on it; many said how unique it was and others said that it was really different to how I usually smell, in a good way. Proof that you should always switch up your scent! 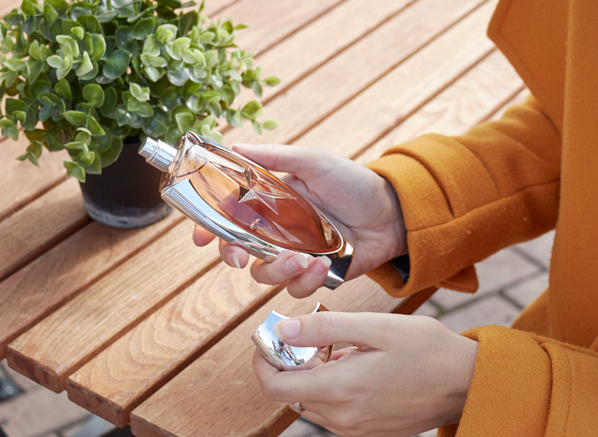 I’m one of those people that questions everything. Am I eating the right foods? Is this the right foundation for my skin? And, of course, is there a better fragrance fit for me out there? So, on this day I looked to Escentual’s very own Fragrance Expert, Thomas (also known as The Candy Perfume Boy) to pick my perfume.

With only my personality to match and my signature perfume in his back pocket, he chose MUGLER Angel Muse as his recommendation for me; a vibrant gourmand that’s centred around a hazelnut cream-cocoa accord.

So, what did I think? Well, firstly I’d never really considered Angel Muse for me. I think I was perhaps put off by the idea that it would be too sickly sweet, but it’s not at all. The aroma is delicious I’ll give it that, but it’s not overbearing. It reminds me a little of the Palmer’s Cocoa Butter I used to steal from my mum’s skincare cupboard growing up. But the cocoa core isn’t the only aspect of the Eau de Parfum that I love, its base of vetiver and patchouli are what propel it into elegance and give it a more grown-up feel.

On this day I didn’t leave the house, so I can’t say what others thought of Angel Muse. But trust me when I say I smelt great and felt like the ultimate glamazon, even if it was just to clean the house… 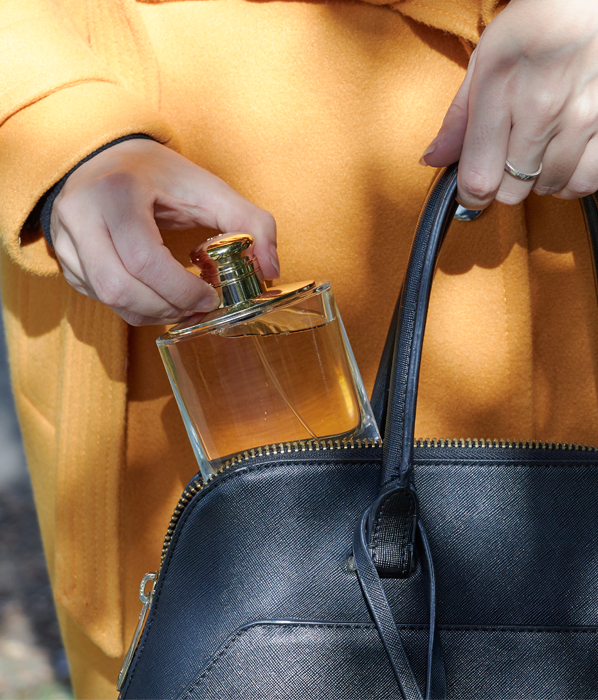 As much as I love perfume I don’t usually wear the ‘it’ scents because I don’t want to smell like everyone else. But – and it’s a big ‘but’ – I cannot seem to escape Woman by Ralph Lauren. It’s there when I turn on the TV or flick through a magazine, so I was keen to see what all the fuss was about.

Upon inspecting the note line-up I knew I was likely to love Woman, after all, it’s packed with white floral facets and we all know how I feel about those. Dubbed a floral-woody composition, Woman is undoubtedly a bold juice, but it’s not as in your face as Classique Essence de Parfum, which I like, especially for everyday wear. The dry down is where Woman won me over, it has notes like hazelnut and sandalwood that add a creamy, nutty touch to the composition.

Of all the scents I wore all week Woman provoked the most interaction. Even my dad, who regularly gets in trouble for not noticing when my mum’s had a haircut, said that my perfume smelt lovely (if you knew my dad you’d realise how groundbreaking this is).

• The Best Fragrance Candles Of the Season

This entry was posted on Friday, October 5th, 2018 at 9:30 am and is filed under Ceryn Lawless, Fragrance, Lifestyle, New products. You can follow any responses to this entry through the RSS 2.0 feed. You can skip to the end and leave a response. Pinging is currently not allowed.

@escentual @sydney9676 Sorry to hear you had a reaction to this product! If you please email our team on customerservice@esce… https://t.co/YuR0kvwYlY
49 minutes ago • reply • retweet • favourite

@escentual This #TextureTuesday is all about cleansed skin! Which one of these new #skincare launches do you want to try most?… https://t.co/eLRRYehNNQ
1 day, 5 hours ago • reply • retweet • favourite

@escentual National Menopause Day | Did you know 13 million women in the UK are currently pre-or-post menopausal? Which led us… https://t.co/Ke1b9BXgnd
1 day, 23 hours ago • reply • retweet • favourite

@escentual Thanks so much, Dr Heather Currie MBE for sharing your expertise with us! Anyone looking for answers to questions o… https://t.co/G6JoxoIAmE
2 days, 6 hours ago • reply • retweet • favourite