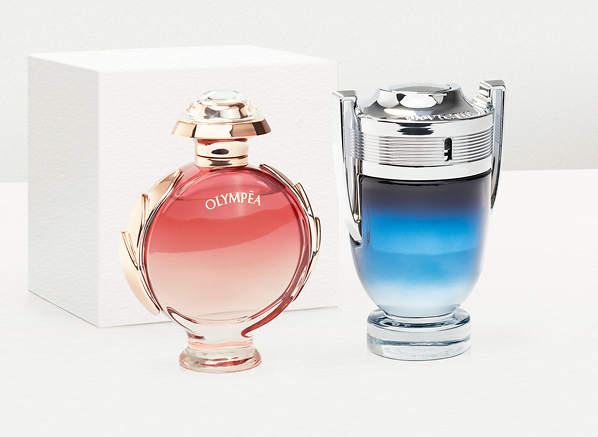 In the liliad of perfumery, Paco Rabanne’s Invictus and Olympea are the Zeus and Hera. They are the king and queen of the skies, sporting bold olfactory signatures that embody strength, romance, and lightning-like energy that is hard not to be fascinated by. They are modern legends that rule over the land, sea and sky with their contemporary twists on their respective genres. Invictus rules over the vast oceans with his powerful marine and metal elements, while Olympea is a goddess of the sun, bursting with golden rays that are ethereal and strange.

This Spring, Paco Rabanne is bringing us Invictus and Olympea Legend, two interpretations of these iconic pillars that evoke tropical seas. Both are entirely new takes on these popular scents, with Invictus Legend offering a more refined signature, while Olympea Legend pushes things to the excess. Both are going to be big hits, I can feel it! 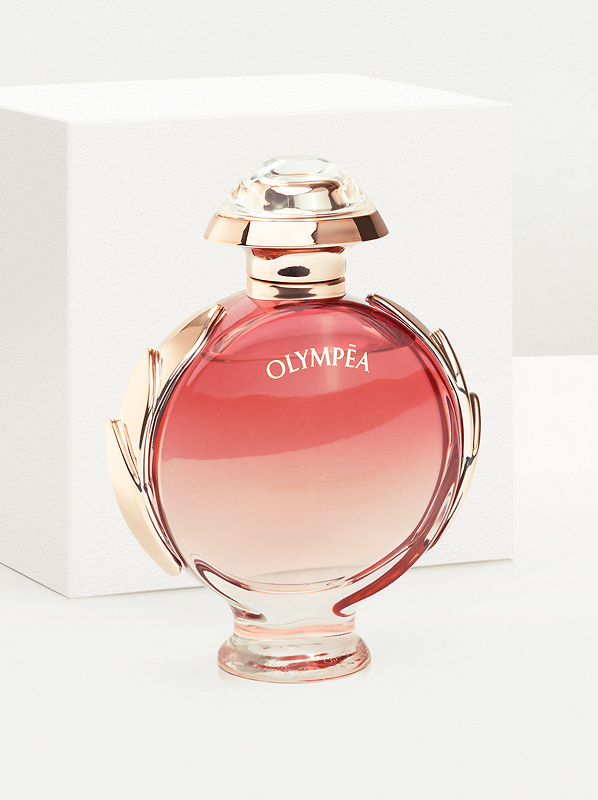 Olympea Legend opens with a sweet, milky character. I get hints of cherry and coconut, which together smell like a luxurious body cream. There is a salty freshness that tempers the sweetness, along with subtle hints of greenery (a nutty, sort of almond-like greenery evocative of heliotrope) but the main event really is the swathes upon swathes of sweet, silky vanilla that rounds the whole thing off as a heavenly siren that lures one in. 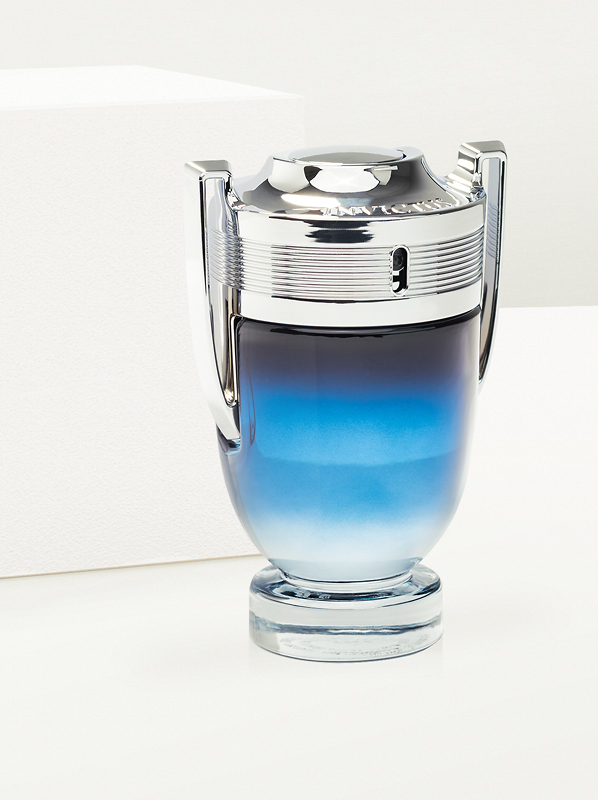 Invictus is a pretty butch scent. It’s a clash of marine facets, metallic nuances, and manly tropes, all coming together to create a bracing, attention-grabbing scent with finely sculpted abs. Invictus Legend pays homage to the god-like strength of the original but plays a much softer tune. This is a smoother, more refined version of Invictus that feels more about luxury than making a statement. I’d say it is the best take on Invictus yet…

Invictus Legend is intensely marine, right from the outset. It opens with a salty wave of transparent water – a glistening array of citrus adds a zesty freshness to the splash, with bitter grapefruit evoking the classic quality of historic colognes. Things warm up quickly, and Invictus Legend becomes an ode to woods and amber, shedding its marine skin and evoking the warmth of sunkissed skin. This is Invictus at its most inviting, most measured and most elegant.

This entry was posted on Wednesday, April 24th, 2019 at 4:50 pm and is filed under Candy Perfume Boy, Fragrance, Men, New products, Tried & Tested. You can follow any responses to this entry through the RSS 2.0 feed. You can skip to the end and leave a response. Pinging is currently not allowed.