“Thomas, AKA The Candy Perfume Boy, predicts the perfume trends of this year with his ‘Top 5 Fragrance Trends of 2020’, a visionary guide that gives you everything you need to know about what’s going to be big this year; here’s how to be a step ahead of the trends.”

Retro, retro man, I want to be a ret-ro man (to the tune of The Village People’s Macho Man, if you will)! That’s right, gents, I’m done being a modern man – all fresh, sparkly and sporty (OK, maybe I was never that last part…). I want a touch of classic in my life, and so for the new year, I’m ignoring all that is fresh and new fragrance-wise and going for scents that harken back to yesteryear – fragrances with a bit of funk and something rugged – perfumes that have, how can I put this, some serious “dad vibes”. Yes, I want to smell as cool as my old man did back in the day (and he did smell cool – still does, in fact) and if like me, you’re searching for less of what everyone else is wearing and something more timeless and more classic, then this list of retro masculines is right up your street. 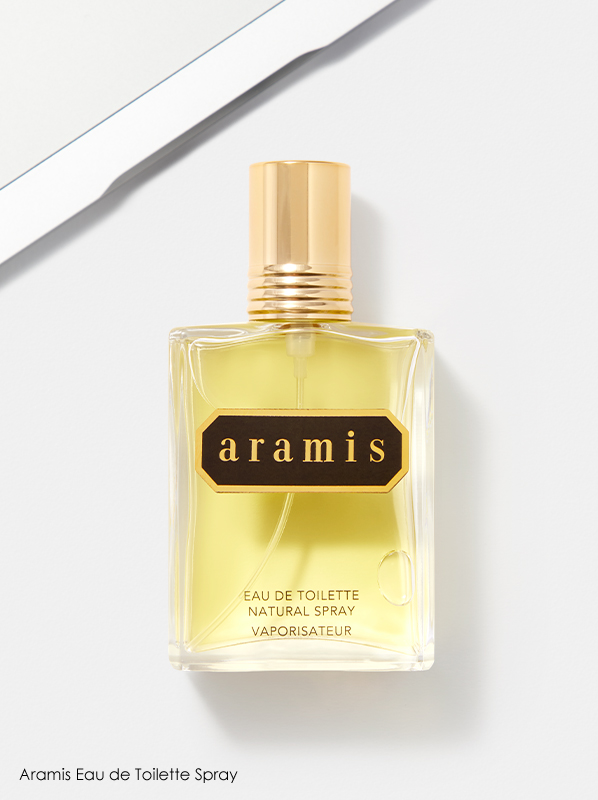 Aramis is the mack daddy of fragrances that brings the classic sexy back with twinkle and charm, so it makes sense as our retro starting point. There’s a reason why it has stuck around since 1965. With a complex backbone of herbs, leather, mosses and citrus, Aramis smells like the most self-assured man in the room. He has great seductive powers and confidence that would make most gents jealous. Yes, he may be old school, but as we all know, there is no cool quite as cool as the old school cool.

“Habit Rouge” translates as “Red Jacket”, paying homage to men on horseback in their finest red livery. Like Aramis, Habit Rouge launched in 1965 and while the former is an example of American perfumery at its most Kurt Russell-esque, Habit Rouge is as French as you can get (it’s from GUERLAIN, what else can we expect?). Perfumer Jean-Paul Guerlain was a keen horse rider, and in Habit Rouge he offers a signature that manages to bring freshness, powder and oriental warmth together in one seamless package. Tailored together perfectly like its namesake coat, Habit Rouge shimmers with fresh bergamot, warms with soft red leather, and brings texture with dusty vanilla. It is as perfect a masculine fragrance that you could ask for. There are several concentrations of Habit Rouge available, but none beat the Eau de Toilette, which has a light, airy quality that makes it unlike any other masculine leather fragrance out there. 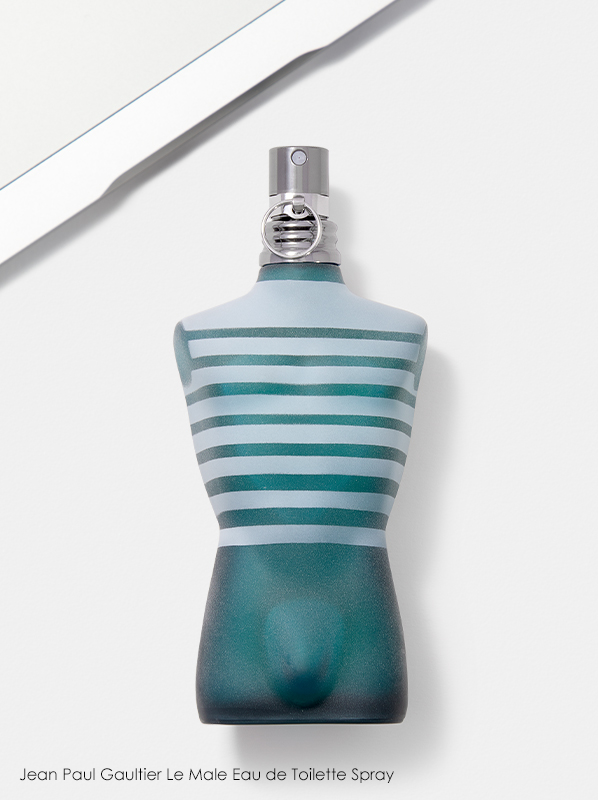 We now move from the sublime to the ridiculous: Le Male by Jean Paul Gaultier. While Le Male may only be 25 years old this year and therefore, not quite as retro as the other icons in this list, it has always possessed somewhat of a throwback vibe. It’s also big – everything about Le Male is excessive and mischevious, from the bulging sailor bottle to the retro-barbershop fragrance. Le Male is a fragrance for the modern dandy – a soft, powdery refreshing blend of mint, lavender and vanilla that feels overtly masculine in style (it’s a classic barbershop fougere) and unashamedly feminine in its presentation. Le Male was, and is, for the preened, the peacocks and the pristinely presented. I’ve been wearing it for 15 years – if that’s not an endorsement, I don’t know what is. 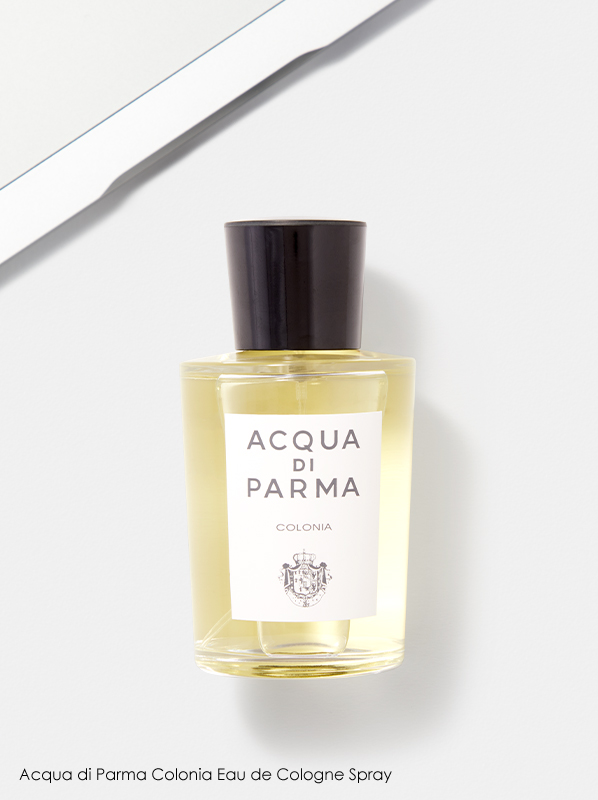 Launched in 1916, Acqua di Parma’s Colonia is technically the most retro fragrance on this list. But smelling Colonia, you’d be hard-pressed to think it is over 100 years old – it just smells so current. As you’d expect from the name, this is a classic Eau de Cologne (a clean, ephemeral fragrance based on herbs, flowers and musks). But unlike many colognes, which are light and short-lived, Colonia has remarkable presence and longevity. It also has a slightly raunchy element to it, that evokes hot skin. Colonia is a perfect Eau de Cologne for any occasion, whether that’s on a hot summer’s day or night! 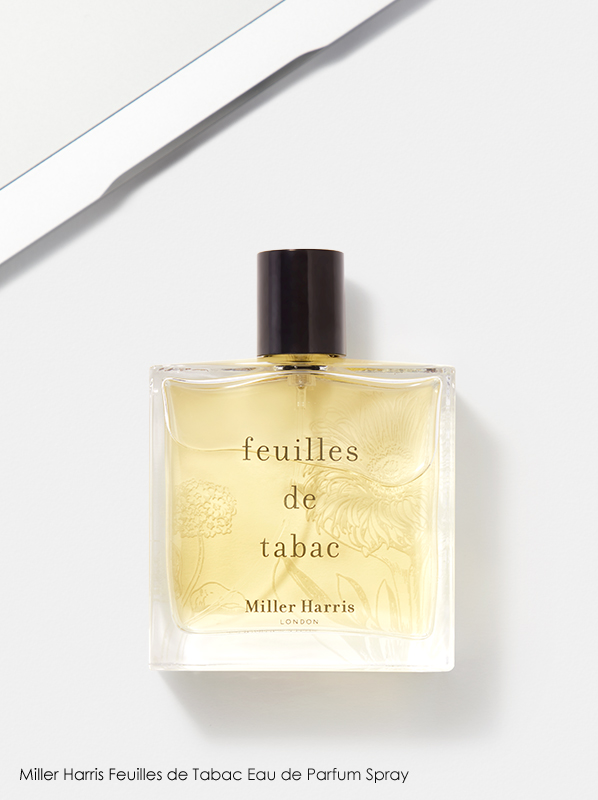 Finally, our last choice proves that you don’t have to be an older fragrance to be retro, no, let’s just come out and say that retro is an attitude – a vibe, not an age. Miller Harris launched Feuilles de Tabac (Tobacco Leaves) in 2000 but smelling it; you could mistake it for a fragrance from the same era as Habit Rouge or Aramis. Feuilles de Tabac has sharp piquant pimento berries, sweet and smooth tobacco leaves, green pine needles and the warmth of patchouli-soaked tonka beans. It smells like the kind of scent that begs to be paired with an aged leather jacket, offering up serious ‘Rebel Without a Cause’ vibes. James Dean would wear it proudly, I reckon.

Read more from the series…

• Almond Scents That Were Big Before The Trend

• 4 Intense Fragrances That Rival The Original

This entry was posted on Wednesday, January 22nd, 2020 at 12:58 pm and is filed under Candy Perfume Boy, Fragrance, Men, Trends. You can follow any responses to this entry through the RSS 2.0 feed. You can skip to the end and leave a response. Pinging is currently not allowed.

@escentual Do you find applying SPF to your little one tricky? Try these three ways for making sure you apply SPF correctly to… https://t.co/Kw1Z1INnxA
5 days, 13 hours ago • reply • retweet • favourite

@escentual Looking for that #FridayFeeling? Prada Paradoxe is the perfect floral scent to carry you through whatever you have… https://t.co/ZzU00dQGmY
6 days, 6 hours ago • reply • retweet • favourite

@escentual If you cringe when we say: orange lines, white patches, tiger bread skin, streaks, and an orange hair line, then yo… https://t.co/pKqar5xzYg
3 hours, 2 minutes ago • reply • retweet • favourite