4 Discontinued Foundations That Are Back And Better Than Ever 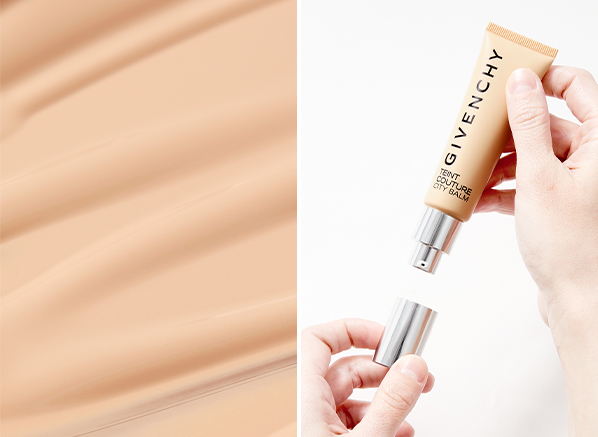 Discontinued doesn’t always mean products are gone forever! Our Bring it Back Campaign shines a light on the holy grail beauty products that were so good, the brands brought them back for good.

A few months ago, I got heartbreaking news. My beloved Givenchy Teint Couture Balm is getting discontinued; this foundation is in a league of its own, so it was a hard pill to swallow. After picking up my jaw off the floor, and a little research, I learnt that it wasn’t disappearing completely. Instead, it was getting a modern facelift. Then, I had an idea. Who else has loved and lost their holy grail beauty products? A quick tweet revealed, a lot of you!

Research for an upcoming edit!

Q: Have you ever lost a holy grail beauty product to the dreaded ‘discontinued list’? 😭 What was it, and why did you love it so much?

After that, I kickstarted the #BringItBack series; a campaign that gives a sad story a happy ending. I’ve tracked down the discontinued products that brands brought back because, to put simply, we shouted loud enough. In the last instalment, I talked about coveted powders, and this edit is all about the base (sorry, I couldn’t resist). 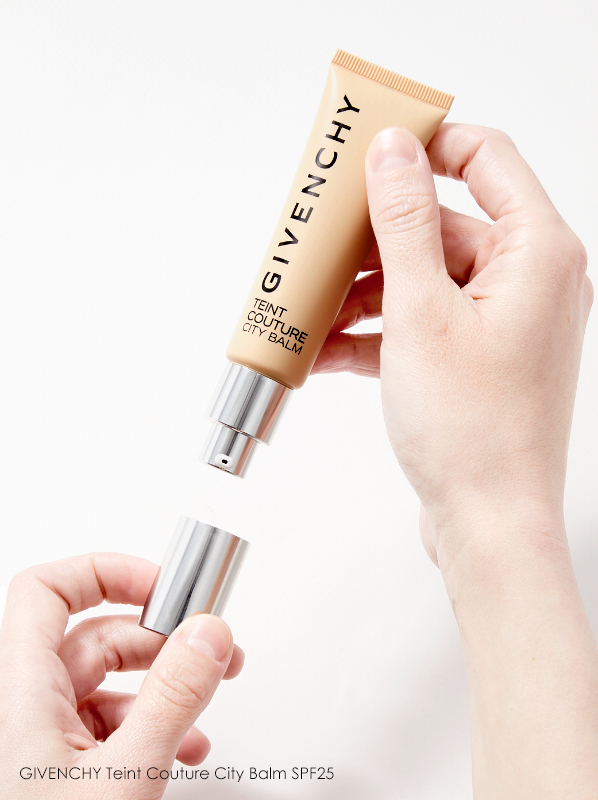 The Teint Couture Balm inspired this entire series. It’s everything I ever wanted in an everyday foundation; it sits between a BB and CC cream, offering a ‘your skin but better’ effect that’s glowy, comfortable and long-lasting. When I heard from our team it was going, I ordered another right away and sulked. My spirits soon lifted though; I was told it wasn’t ‘going going’ but getting a 2020 makeover; new travel-friendly packaging, and a formula update (gulp).

I was scared to try its replacement: City Balm. Would it be as good? There was only one way to find out. I took the new pump tube in my hand and took it for a spin. The new packaging won me over right away; it’s much easier to use and better for on-the-go. The formula is very different from the original, a little more liquid, but it gave my skin a naturally flawless effect that I couldn’t argue with. Comfort and longevity were on par with its predecessor, and the addition of nourishing shea butter and SPF25 (previously it was SPF15) was enough to win me over. Teint Couture Balm who? 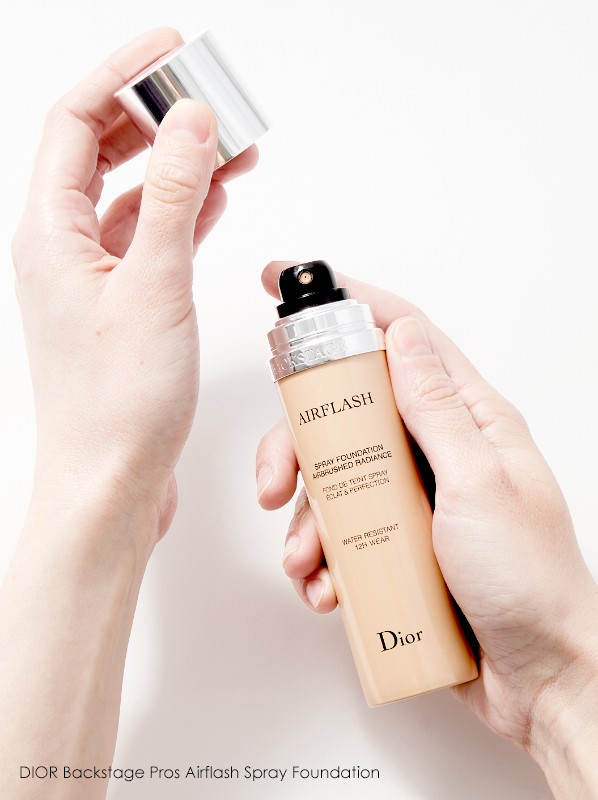 ‘Airbrush in a can’ were the words that threw Dior Airflash into the spotlight. In 2015, Jeffree Star featured it in a video, and the beauty world listened. After that, it wasn’t just a makeup artist secret – everyone used it. The most high-coverage foundation I’ve ever used, Airflash isn’t for the fainthearted, but that’s why everyone loved it – it was flawless with a capital F. Many people adored layering it over their everyday foundation for a more seamless finish. So when its discontinuation was announced the internet broke. People stockpiled their shades, and ‘what happened to Air Flash?’ became the most asked question at beauty counters.

Airflash wasn’t gone for long; Dior re-released the iconic spray foundation, and to its fans relief, it only had a minor tweak. Its name had switched from Diorskin Airflash to Dior Backstage Airflash. As for the formula – flawless as ever. It smooths the surface of the complexion and gives it a healthy radiance thanks to light-diffusing pigments. Because it’s a spray, it feels as light as air on the skin, and layers without being cakey. 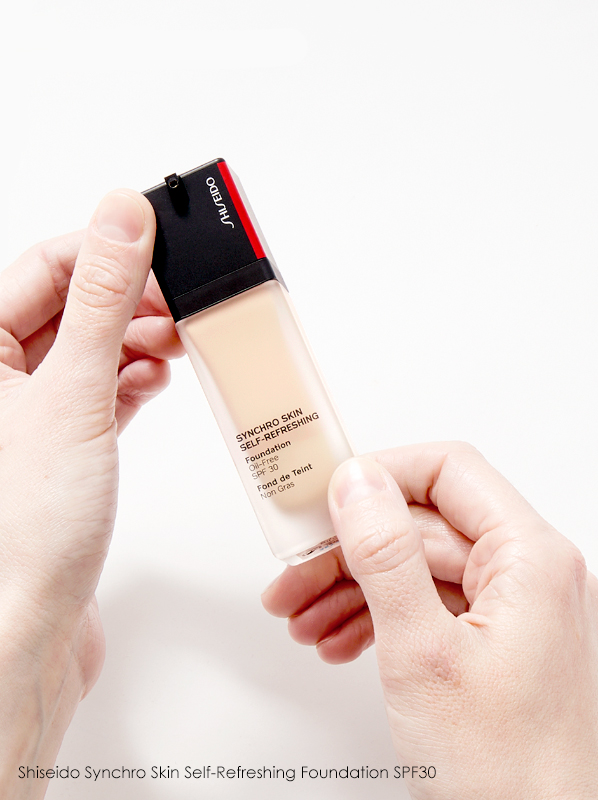 I have a long history with Shiseido Synchro Skin; it was one of the first foundations I reviewed on Escentual back in 2016. I loved everything about it – its satin-matte finish, comfortable texture, but mostly, I was taken aback by the science of it. The base is powered by Advanced Sensing Technology, which adapts with your skin throughout the day to ensure it looks as flawless at 5 pm as it did at 7 am. The original was so popular that they even brought out a
Glow version, which I also reviewed. The line-up was unstoppable.

Fast forward to 2020, and the Synchro-Skin Self-Refreshing lands on my desk, along with the dreaded news that it was replacing the 2016 release. I was a fan of the original, but this new edition is even better! Firstly, the packaging fixes the age-old problem of your lid coming off in your makeup bag; the pump head twists into an open-close position. And the satin-matte formula has a more glowy finish, which is more to preference. The most important fact, however, is that the technology that wowed me at first remains! 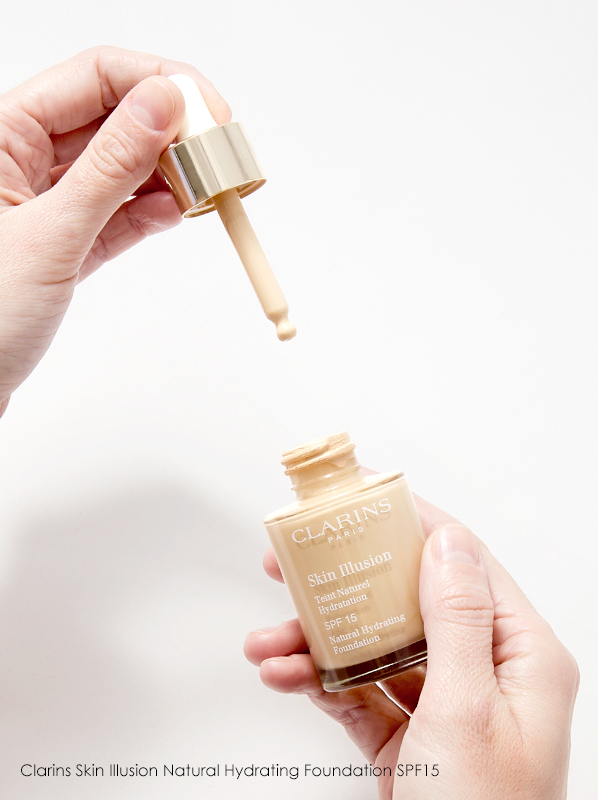 Skin Illusion is another foundation icon that the beauty world mourned. Many famed it for its skin-perfecting ability, radiant finish and were devastated to see it go, but the brand promised that its replacement would be even better. And true to Clarins’ word it is.

Skin Illusion’s main change is that it’s now a skincare/makeup hybrid; it has a new glass dropper bottle, updated and improved texture (it’s more fluid), and ingredients added. The most notable of which is organic leaf of life extract, which keeps skin moisturised for 24 hours, and red jania, an extract that works to refine the skin’s texture and clarity. The HD Light Optimising Complex everyone knew and loved remains, plus an Anti-Pollution Complex; skin is moisturised, blurred, and protected.

Read the full review and see the swatches here.

What beauty products have you loved and lost? Tell us what beauty you want to get back on the shelves here.

Read the previous instalments of the series below…

• 3 Discontinued Face Powders, So Good Brands Brought Them Back

This entry was posted on Tuesday, July 7th, 2020 at 9:00 am and is filed under Ceryn Lawless, Hints & Tips, Make-up, New products, Spotlight On, Swatches, Trends, Tried & Tested. You can follow any responses to this entry through the RSS 2.0 feed. You can skip to the end and leave a response. Pinging is currently not allowed.

@escentual Missed out on our #EscentualScents vanilla reveal? Find out all about each scent with our quick recap:… https://t.co/T99en5yKeK
3 days, 4 hours ago • reply • retweet • favourite

@escentual Do you find applying SPF to your little one tricky? Try these three ways for making sure you apply SPF correctly to… https://t.co/Kw1Z1INnxA
2 days, 12 hours ago • reply • retweet • favourite