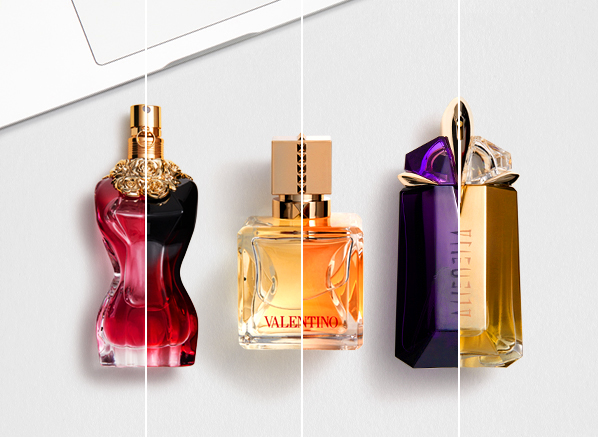 We love a flanker at Escentual. It’s always fascinating to see what intriguing and unusual twists brands can put on their iconic fragrances. Will they pull out certain facets of a fragrance and amplify them? Will they contrast them with a new material? Or will they go in an entirely different direction completely? Such is the excitement of the flanker – the possibilities are endless, and you never really know what form they will take until you give them a sniff. In this edit, we’ve put some of your favourite fragrances head-to-head with their latest flanker, allowing them to fight it out in the ring to see which reigns supreme. Read on to find out who the champions are! 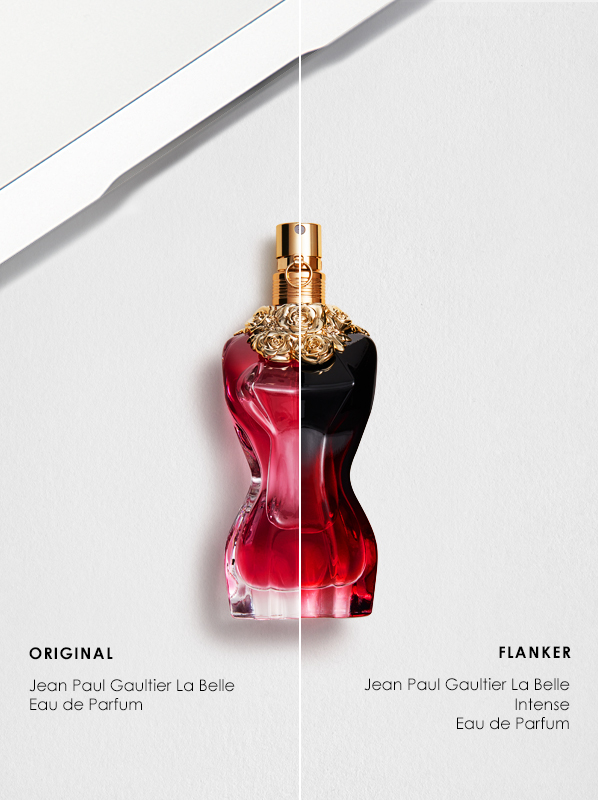 La Belle burst onto the scene in 2019 as a modern reinterpretation of Jean Paul Gaultier’s iconic, bustier-clad Classique. In Gaultier’s mischievous style, La Belle took the creamy, vanillic softness of Classique and subverted it with an almost masculine freshness, blending green pear and vetiver with cinnamon-spiced roses. The result was a more gourmand and, therefore, more modern interpretation of the Gaultier woman, which pairs rose gold accessories with her ready to wear. Less corset and more crop top, if you get me.

So how does Le Belle Le Parfum, the latest flanker in the line-up, compare to the fruity-fresh, creamy and delicious Le Belle? Well, it gives you all of that but in a more generous serving. La Belle Le Parfum feels created for those who couldn’t get enough of La Belle. It’s more vivid in the fruity notes, much warmer, much creamier, and for a nice little contrast. It’s ever so slightly powdery. La Belle Le Parfum feels like La Belle in full 4k HD 1080p Technicolour, and it certainly lives up to the intensity of its name. 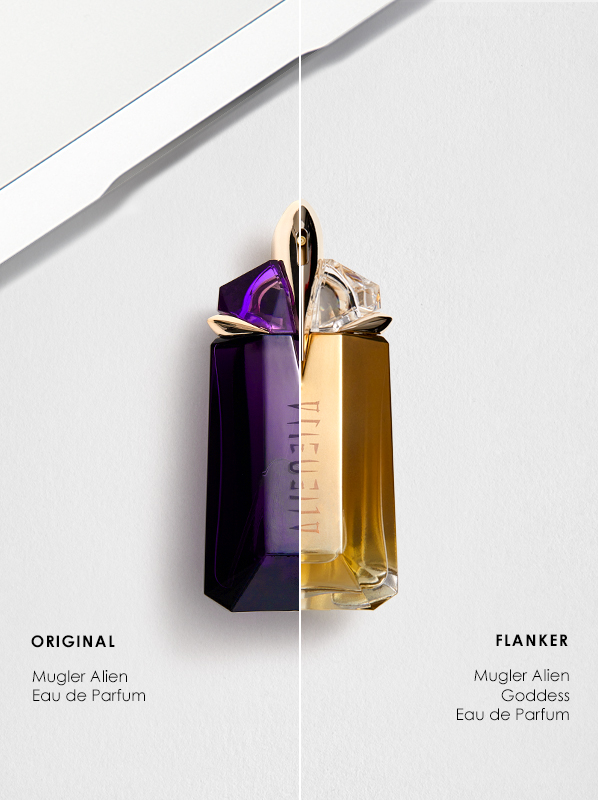 Alien is a powerhouse of a perfume – a bronzed goddess draped in iridescent jasmine petals, grounded to the earth through vibrant woody notes that create a sense of stark contrast. Alien works because it juxtaposes bold blocks against each other, allowing the shimmer of citrus, an intensely syrupy jasmine note, and the distinct, multifaceted woods of Cashmeran to overlap in such a manner that something entirely new is created. It smells like a neon purple flower growing in another solar system – hence its well-earned status as a modern classic. There are few fragrances as instantly recognisable as Alien, and that’s precisely why we love it.

Alien Goddess is the latest sequel in the Alien franchise, and like Alien, it’s a solar fragrance that explores the theme of light. But with Alien Goddess, there’s a definite change in approach (a new Director and cast, perhaps), and you could be forgiven for not spotting the relation to Alien at all. Alien Goddess still pairs citrus with jasmine and Cashmeran, but it lightens and softens these themes with coconut, vanilla and heliotrope. Where Alien is a towering, stratospheric woody-jasmine, Goddess is a salty, soft breeze that carries the scent of jasmine and coconut.

Alien is your winner if you love bold, brassy and beautiful fragrances that people will notice; however, if you prefer a more subtle beauty, then Alien Goddess wins. 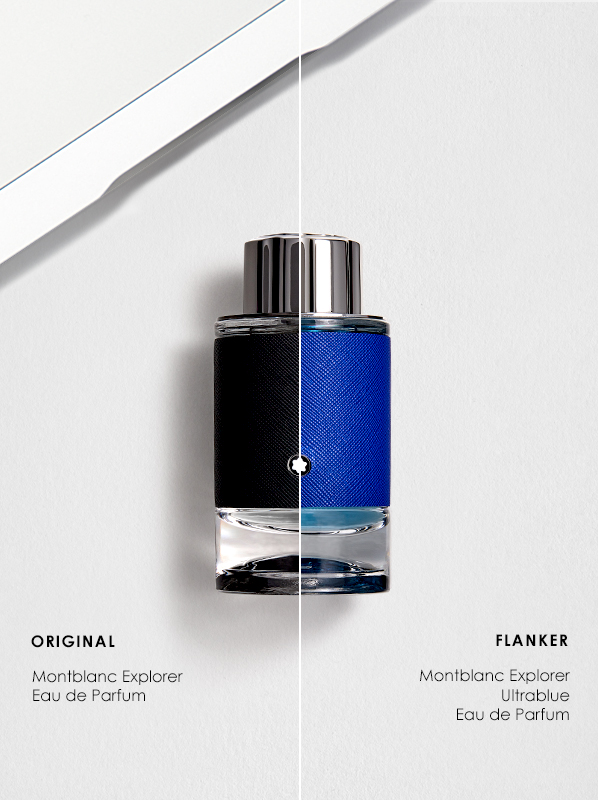 Explorer is a fantastic modern fougere that feels crystalline and fresh. Citrus, herbs, woody notes and leather work together in perfect harmony to create a fragrance that feels as comfortable and easy as a freshly ironed white shirt. It’s this ease and sense of comfortable familiarity that makes Explorer such a wonderful fragrance to wear – it just fits, and it blends elegance with an approachable character perfectly. It’s no wonder that it has been an absolute blockbuster of a scent since it launched in 2019.

Explorer Ultrablue launched this year, created in the same spirit as Explorer; however, it explores all of that elegant simplicity in an aquatic context. Instead of the urban jungle, Explorer’s stomping ground, Ultrablue heads out to voyage across the ocean, resulting in a wilder, more rugged olfactory experience. It’s more herbal, with a modern marine accord that feels like sea spray caught on the breeze and a pronounced (and relatively clean) patchouli note. Ultrablue feels like his sense of adventure outshines that of Explorer.

Place your bets on Explorer if your adventures are of the urban kind, but if you like to head further afield, it’s Explorer Ultrablue you should be rooting for. 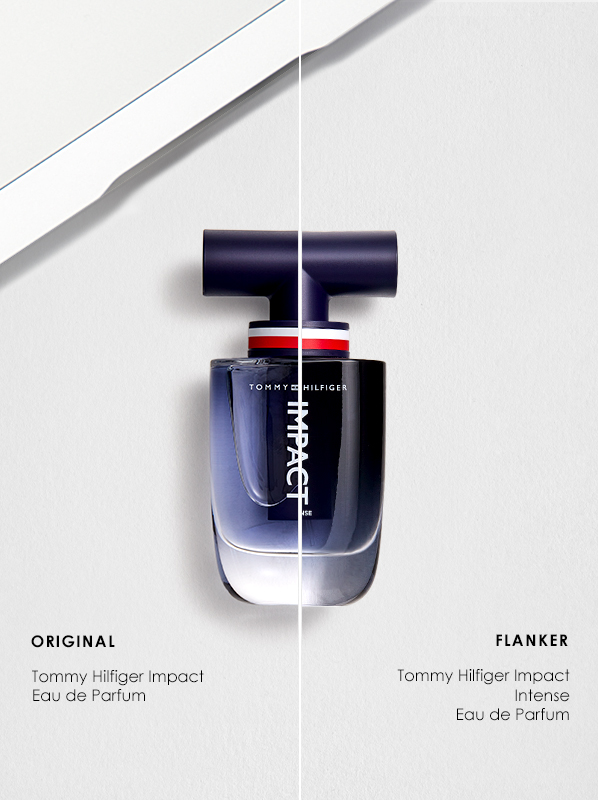 Fun fact: Impact’s 100ml size has an innovative lid. Inside there’s a hidden 4ml travel spray of the scent. Now, this could be a gimmick tacked on to a fragrance to make it more exciting, but in the case of Impact, gimmicks aren’t needed – the scent speaks for itself. Impact is a refreshing, easy to wear essay on citrus, resins and woods that feels as if it has attempted to recreate the smell of clear blue skies if such a thing had an odour that could be captured. Impact’s elegance lies in its simplicity– how the subtle sheen of apple is made effervescent by black pepper and how soft woods add just enough weight to allow the fragrance to float above the ground without flying off up towards the tropopause. It’s simply great stuff.

If Impact is bright blue skies, then Impact Intense is those same skies at night. It feels darker, woodier and more amber-like, accenting those crackling spices and citruses with smoky woods, creamy chestnut and warming tonka bean. The two fragrances are like day and night, and in Impact Intense’s night-time hours, a heightened sense of richness and anticipation exists, almost as if something very exciting is about to happen.

Root for Impact if you want an everyday staple that could go with anything and everything. If, however, you need something a bit richer for exciting after-dark adventures (or even daytime adventures if your life is really exciting), then your money should be on Impact Intense. 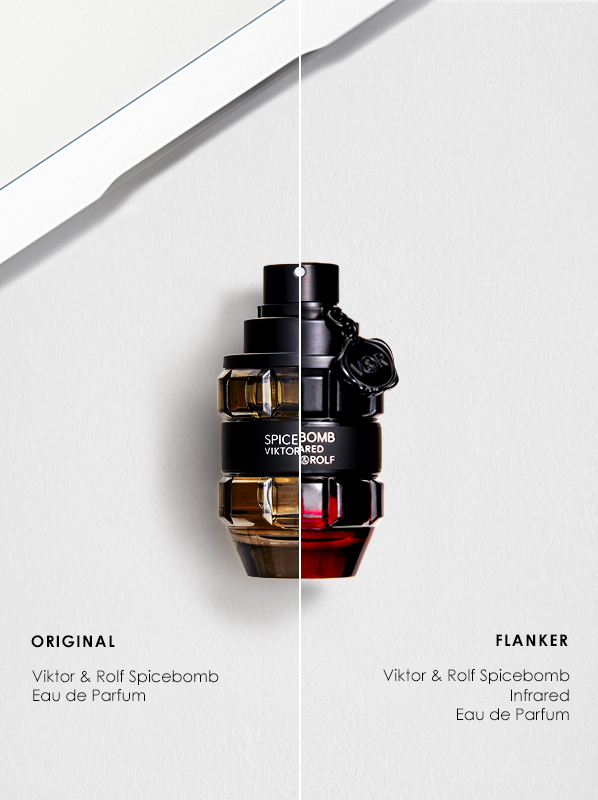 When a fragrance comes packaged inside a highly stylised hand grenade, you know you’re in for a fun olfactory experience, and Spicebomb does not disappoint. Pull out the pin and press the trigger, and it greets you with an explosion of citrus and spice – of grapefruit juice dusted in fine cinnamon shrapnel. A mushroom cloud of lavender and amber envelops you, creating an airy whirlwind of spices, resins and herbs. It smells fantastic, and it’s one of those fragrances that feels immediately pleasing whenever you wear it.

But how about Spicebomb Infrared? Is this a live piece of olfactory weaponry, or has it been safely diffused? Well, Spicebomb lovers won’t be disappointed because Infrared is just as much of a livewire as the original. However, this time there’s a pronounced red pepper note that feels hot and piquant, adding a new dimension to Spicebomb. It feels like an extension of the original, pulling it away from the warm, cosy feel of ambers and resins to something a little more daring, sharp and effervescent.

Spicebomb is your guy if you like something a little bit cosier, whereas Spicebomb Infrared is your man if you enjoy something more electric and daring. 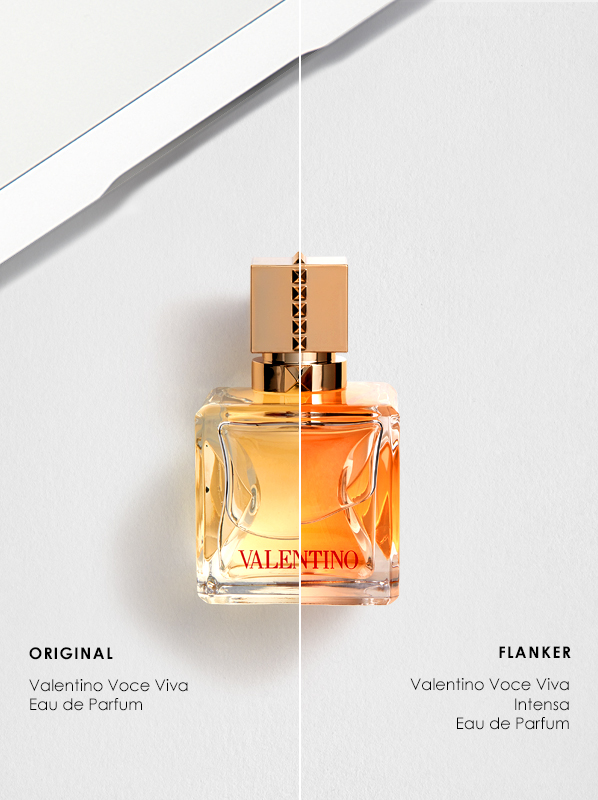 Voce Viva is a modern chypre that possesses a bright and upbeat character. At its heart sits orange blossom absolute, a floral material that is heady and intoxicating, with rich facets of citrus, white flowers and honey. But in Voce Viva, there is nothing heady or heavy. Instead, it is a refined and light composition, where the orange blossom is contrasted by sparkling mandarin and anchored by smooth tonka bean. Contrasts come from the subtlety of moss and an almond floral facet, creating an elegant fragrance that doesn’t demand attention – instead, its affable nature draws you in closer.

Voce Viva Intensa feels incredibly true to the original. It’s not a flanker that seeks to extend or challenge the themes explored in Voce Viva; instead, it does what the name promises to do: it is a richer, more intense version. Voce Viva Intense amplifies the orange blossom and vanilla notes, giving them a heftier feel whilst allowing the perfume to appear warmer and more glowing overall. Voce Viva Intense is weightier, yes, but it still maintains that glowing, affable quality that makes the original so enjoyable.

Voce Viva is the one for you if you appreciate lightness and balance; however, if it’s warmth and richness you want, Voce Viva Intense has you covered.

4 Intense Fragrances That Rival The Original

This entry was posted on Tuesday, October 12th, 2021 at 9:00 am and is filed under Candy Perfume Boy, Fragrance, Fragrance Review. You can follow any responses to this entry through the RSS 2.0 feed. You can skip to the end and leave a response. Pinging is currently not allowed.

@escentual Try the E-S-C-E-N-T-U-A-L SPF application method so you're always safe in the sun. Here are our #SunPoverty ambassa… https://t.co/lx3zk5o6Ym
14 minutes ago • reply • retweet • favourite

@escentual News just in! There's still time to enter our Instagram competition to be in with a chance of winning the Initio He… https://t.co/nbuTzL5pH0
1 day, 15 minutes ago • reply • retweet • favourite

@escentual Thank you, Issey Miyake, for making the fragrance and fashion world a more beautiful place❤️ Your legacy will live on forever #isseymiyake
2 days, 3 hours ago • reply • retweet • favourite

@escentual We're prepared for a week of sunshine here at Escentual with our #summer makeup bags ready to go! ☀️ Head over to… https://t.co/7mvMCFbQRT
2 days, 19 hours ago • reply • retweet • favourite