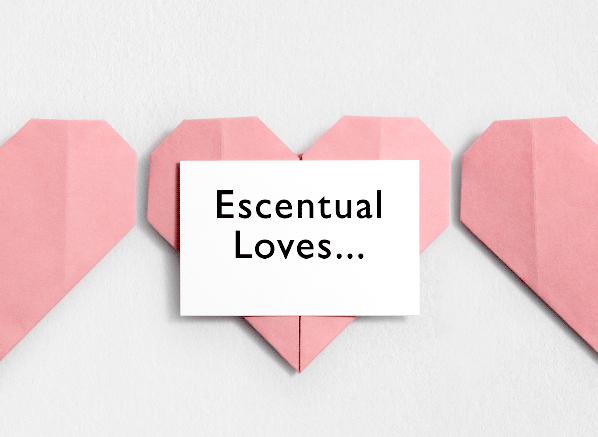 Escentual Loves is here again; the editorial series where we pick out the best news stories that we feel that you’d find interesting and that we love. We’ve constantly got our ears to the ground and eyes peeled for the most exciting stories to feature. From star-studded events, welsh do-good initiatives, and trends all the way to celebrity love matches, we left no stone unturned in this month’s latest edition…

As a Welsh business, we think it’s important to shine a light on the do-good Welsh initiatives that we hear about in Wales; spotlighting organisations, businesses and local people alike, who we feel are doing their bit to make Wales a better place to live.

We’ll start with our very own Welsh Initiative. As a team, we’re proud to say that last year we pushed our #SunPoverty Initiative to help educate children and schools on the dangers of UV rays. We did this by providing learning materials and donating 20,000 sunscreens to food banks and schools to children who are eligible for school meals across the UK. We believe that every child should have access to sun protection much the same as their right to eat. We’re excited to say that we’re preparing to bring Escentual’s #SunPoverty campaign back for 2022 and that it’s going to be bigger and better than ever…

Another Welsh initiative we spotted is Wales’s first introduction of Milk Banks.  Singleton Hospital in Swansea has opened up the milk bank for the first time in Wales to help feed ill or premature babies. The initiative enables Welsh Mothers to donate their milk, which previously had been sourced from England…

My City, My Shirt Mural

The controversy surrounding the My City, My Shirt shirt has plagued the people of Cardiff since Mcdonald’s decided to paint it to make way for their advert. Originally painted on a house in Butetown to show diversity in Cardiff, we’re happy to see that the painted Mural is being restored to its former glory…

Cardiff’s iconic My City, My Shirt mural is painted over – to make way for McDonald’s adhttps://t.co/iWebrWBzML pic.twitter.com/FQ2QWF2MhZ

Work to restore iconic mural My City, My Shirt gets underdway after it was removed to make way for McDonald’s ad: https://t.co/EjwHcMmOad pic.twitter.com/NlzYxiXNFr

Olivia Rodrigo was put forward for an impressive 7 nominations – and she won 3! At the 64th Grammys, she took home the award for the Best Vocal Album for ‘Sour’, Best New Artist and Best Solo Performance for ‘Driver’s License’.

The Grammy’s is all about recognising musical talent, so where better to pay tribute to a rock legend Taylor Hawkins than there. Billie Elish paid tribute to late Foo Fighters drummer, Taylor Hawkins by wearing a t-shirt with his face imprinted on it. Alongside Trevor Noah’s announcement that instead of introducing Foo Fighters after winning their third grammy award, he suggests everyone takes a moment to remember Taylor.

When style and true love meet, it’s a match in heaven; this much can be said for Brooklyn Beckham and Nicola Peltz’s Wedding. Although we love a good wedding, we have to say our main pull to the story was Nicola’s classic wedding custom made by Valentino alongside her old-world glamour makeup. We think you’ll agree she looks incredible…

Bennifer is back and we’re over the moon about it. The celebrity couple got engaged again after 20 years…

We love trying out the latest trends in our Trend & Tested editorial series, which is led by our Beauty Team member, Hannah. The most recent trend we’ve tried and loved as a team is the new reverse concealer Tik Tok hack…

See how we got on with the reverse Tik Tok hack and whether you should try it, too:

Everyone has gone crazy for Kendal’s new spiced copper hair, including us! Red hair is clearly having a moment and we’re totally here for it, with stars like Zendaya, Barbie Ferreira and Phoebe Dynevor following Kendal’s lead…

Hailey Bieber seems to be the face choice for every upcoming fashion and beauty brand. Her newest campaign is for Mui Mui’s Spring/ summer collection for 2022 where she wears the brand’s famous micro mini skirt; a fashion resurgence from 2000, the micro-minis is rumoured to be back!

As the previous face of beauty brand bareMinerals, it’s common knowledge that she loves skincare and natural makeup, so unsurprisingly she’s coming out with her own skincare line named after her middle name Rhode. The launch has been confirmed to launch in June 2022, but we don’t think we can wait that long. Hurry, Hailey!

Is Bridgerton fever back so soon? The 2022 Met Gala dress code of Gilded Glamour looks like something we’ve seen on our Netflix continue watching only recently; gilded glamour harks back to the old world 1870-1890s period when there was a cultural shift moving from polite society to industrialisation.

This entry was posted on Tuesday, April 19th, 2022 at 9:00 am and is filed under Escentual Loves, Keavy Slattery, Trends. You can follow any responses to this entry through the RSS 2.0 feed. You can skip to the end and leave a response. Pinging is currently not allowed.

@escentual Trying to make it to January payday... #Valentino We have so much love for Kristen McMenamy and @MaisonValentino… https://t.co/Lr664ECUEn
22 hours, 29 minutes ago • reply • retweet • favourite