Is there any fragrance material more divisive than patchouli? One mention of its name and people instantly think of head shops, hippies, and aromatherapy – three things that aren’t exactly cool these days. But in truth, patchouli is quite a marvellous material that can be used in many astonishing and surprising ways.

But what is it? Well, seeing as patchouli is all about surprises, you may be shocked to know that it is a plant from the mint family. To be specific, it’s an unassuming, bushy herb that flowers with pale pink coloured blooms and is native to many places across Asia. Patchouli packs quite the punch scent-wise with a multi-faceted and distinct odour profile, despite its unremarkable look.

Patchouli can be described as smelling earthy, oily, camphoraceous, dirty, mineral, fizzy, smoky, and boozy, with facets of chocolate, sour fruit, and spice. The odour profile varies dependent on the specific material used, and there are many different patchouli materials, including natural materials, distillations and fractional distillations. There are also several modern aroma chemicals, such as akigalawood, that present a cleaner take on patchouli for modern tastes.

With patchouli, the possibilities are endless. Patchouli is very often used as a contrast to other materials. It lends a dark, earthiness to fruit notes, rose notes, and even warmer, more resinous and gourmand notes, playing devil’s advocate and creating entirely new odours. It’s such a versatile material, despite its boldness and you are likely to encounter it in many of the fragrances you love and wear without even realising.

I like to think of patchouli as a magic ingredient that brings unexpected things to others. It plays well with many other materials and creates unique, novel effects. To put it simply, patchouli is a wonder material. Here are some reference patchouli fragrances that you absolutely must sniff! And yes, they were the stars of our May 2022 #EscentualScents Perfume Blind Trial…

Scent A: The Reference Patchouli 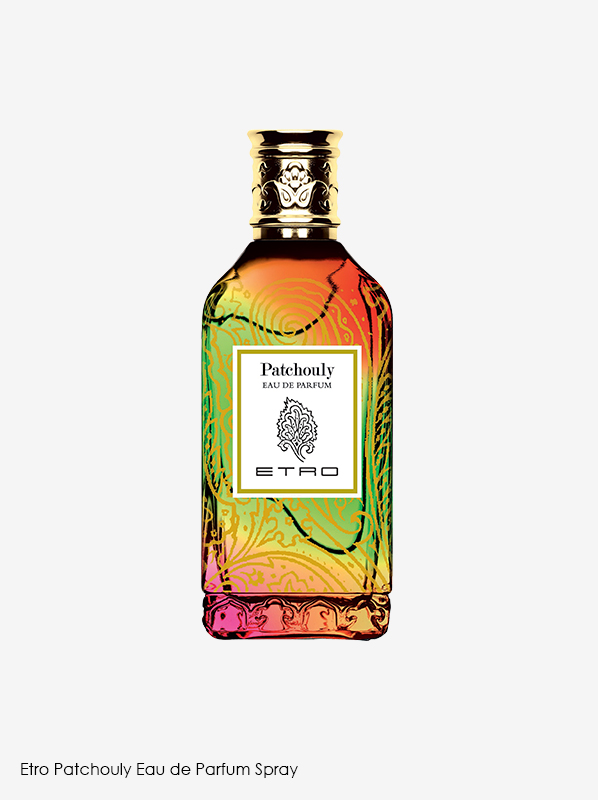 We’re kicking off with Etro’s Patchouly because, out of all the perfumes in this list, it’s the one that smells most like the raw material, albeit a bit ‘zhuzzed’ up to wear as a perfume. Patchouly perfectly captures the herbal, earthy, and somewhat menthol nature of the material, presenting it with a dusty, powdery feel that makes you imagine that you’ve just discovered some archived Etro fabrics in a secret wooden drawer. It is the perfect patchouli – it’s so delicate and light, it will make you rethink the material completely.

Scent B: The Rose Patchouli 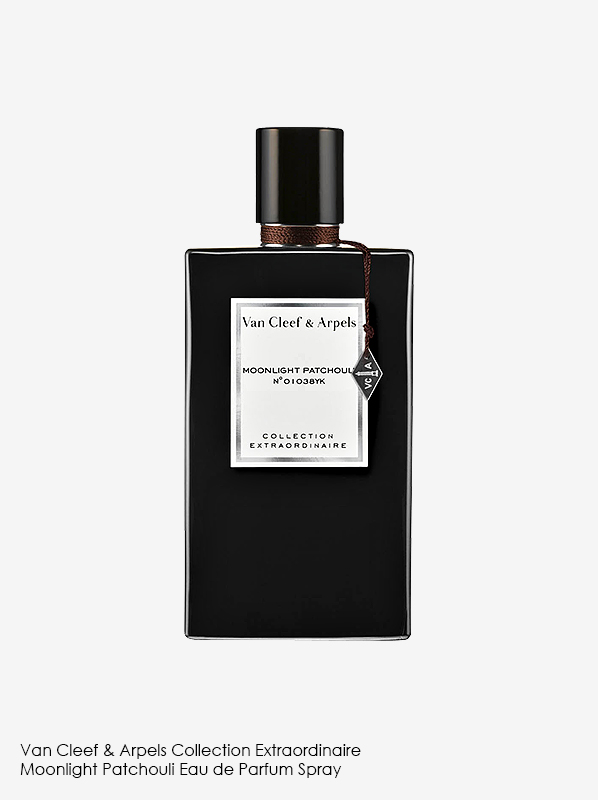 Rose and patchouli are the perfume world’s Ant ‘n’ Dec. They’ve been together forever, they complement each other perfectly, and it’s hard to think of one and not the other. Rose brings a vibrant fruitiness to patchouli whilst the patchouli adds a fizzy earthiness that seems to get between all the cracks in the rose, prizing them apart and diffusing them in the air in beautiful, rosy bubbles. This effect is no more apparent than in Moonlight Patchouli, which perfectly balances the richness of rose against the darkness of patchouli, with some tart fruits and powdery iris thrown in for good measure. It is astoundingly, vividly beautiful in every way. 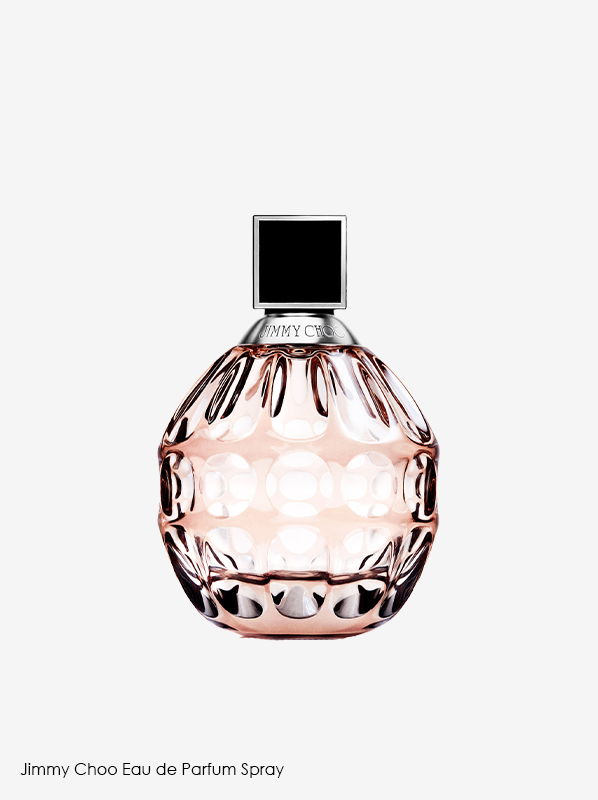 Fruit and patchouli go together like rose and patchouli, which, if you’ve been reading this post in order, you will know that means they go together very well. They are so compatible that there’s even a term for a perfume that contrasts fruit with patchouli: “fruitchouli”.

The rich, inky earthiness of patchouli seems to bring something to the juiciness of fruit, almost as if you are applying a cool Instagram filter to it, enhancing the saturation of its colour and increasing the depth and shadow in the background. In Jimmy Choo, juicy pear becomes fizzy and spicy under the gauzy filter of patchouli (which itself is softened by a touch of toffee), making for a showstopping fruitchouli fragrance that demands attention. 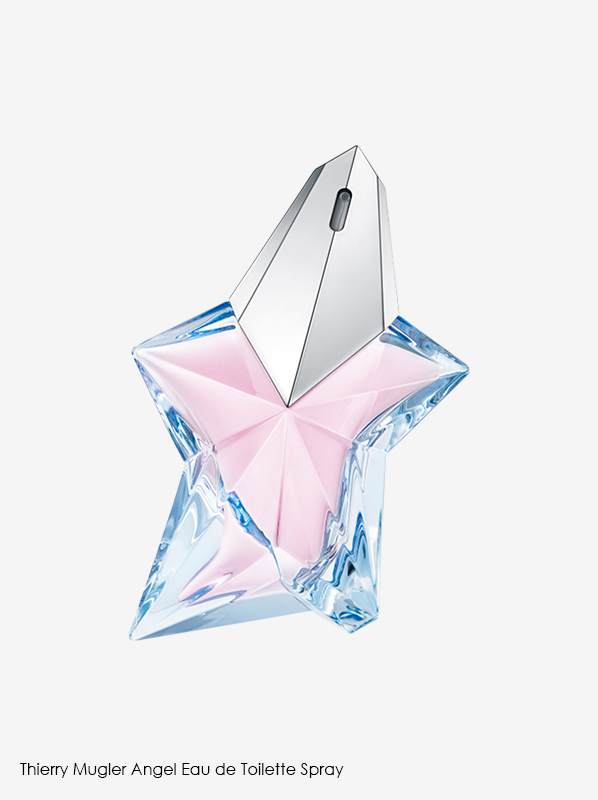 You will have established by now that patchouli goes with everything, and when it does work with something, it makes it better somehow. This is the case with chocolate because patchouli as a material has a natural chocolatey facet, and when this facet is mixed with creamy vanilla, mandarin and praline; you get Angel Eau de Toilette. The Eau de Toilette is less androgynous and angular than the original Angel Eau de Parfum (it’s much softer and fruitier too), but it shows how patchouli can amplify chocolate notes just as beautifully as it does rose and fruit. 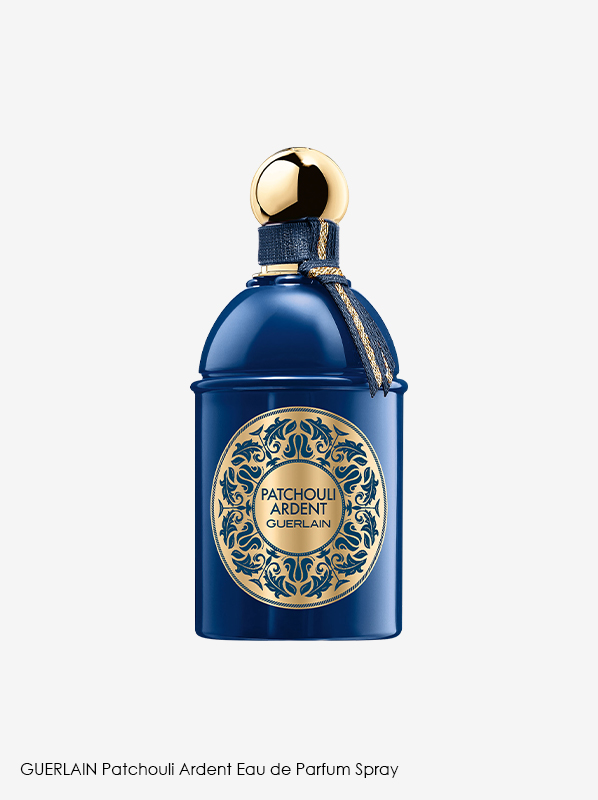 “Ardent” means enthusiastic or passionate, which means that GUERLAIN missed a trick by not calling Patchouli Ardent “Patchouli Passion”. But what they may lack in alliteration, GUERLAIN makes up for in perfume know-how, and with this patchouli, they’ve crafted something beguiling and mystical that envelops you like the hot smoke rising in an ancient temple. You wouldn’t smell Patchouli Ardent and think, “patchouli”; you’re likely to smell it and be transported to a place where juicy figs are crushed with ruby roses on leather tables as some strange but fascinating ritual. The role of patchouli here is to hang in the air as smoke and lay in the earth as soil. It’s the extra something that makes this perfume so special. 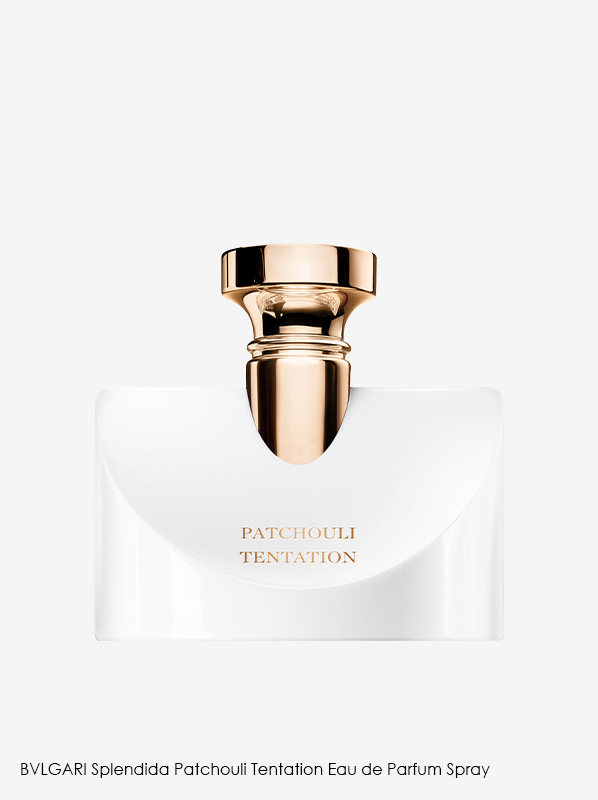 Much has been said about the boldness of patchouli, and whilst this is true, it is a distinct and powerful material; it can also be tamed into something much softer. BVLGARI’s Patchouli Tentation does precisely this, blending patchouli with iris powder and peach to create the texture and scent of supple suede. The patchouli itself boasts hints of chocolate and leather, adding a subtle depth to the plushness of the tactile, iris-dusted peaches. In Patchouli Tentation, the titular material, shows us its softer side. In doing so, it evokes luxury leather goods and cosmetics, reminding us that patchouli can be delicate, too, despite its boldness. 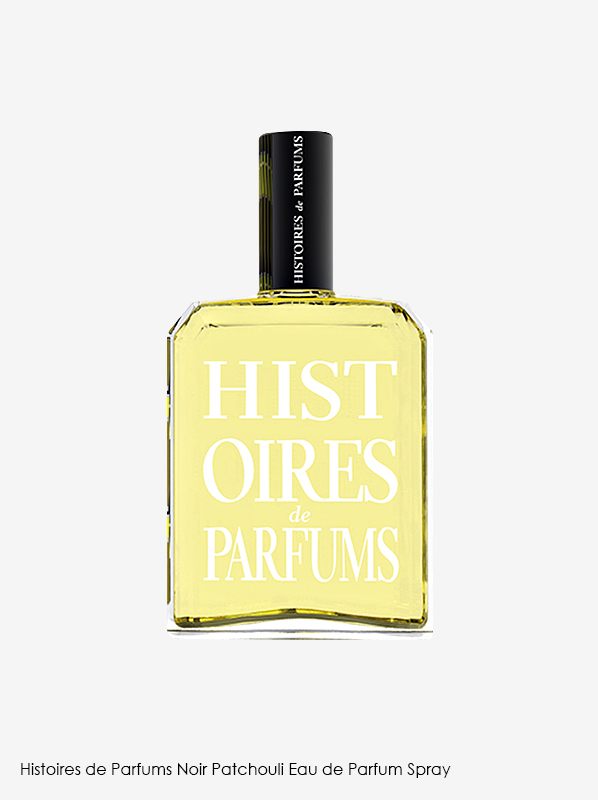 I once read a review of Noir Patchouli that described it as a “patchouli on steroids” and, to me, that feels accurate. It’s a bold, beastly patchouli that places the material at the very centre, using berries, coriander, leather, vanilla, and musk as offshoots that each stem from the patchouli at the core. It’s not for the faint-hearted but if I know one thing about Noir Patchouli, it’s the fact that its fans are diehard and loyal. Once you’re in the Noir Patchouli club, there is no way you’re ever going to renounce your membership. Unless you talk about the Noir Patchouli club; apparently that’s their only rule. 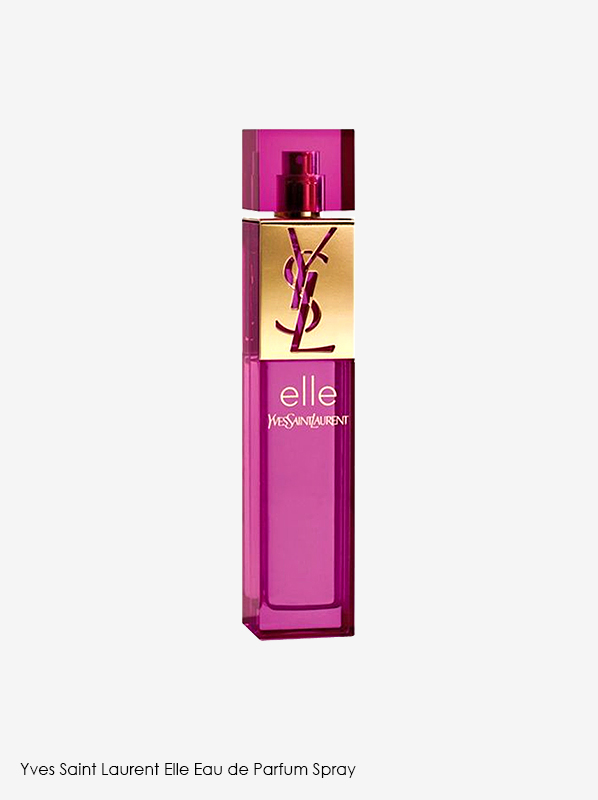 Elle overlaps with a few of the other fragrances on this list. It’s both a rose-patchouli (well, technically a peony, but let’s not split petals) and a fruitchouli. Still, I include it not because it shows you something the others do not, but simply because it is such a chic take on these themes that it should be a key part of any person’s patchouli education. Elle is a glamorous woody floral with an insouciant air that feels undeniably YSL. It’s good for any occasion, work or play, and it is the perfect thing to approach if you’re a bit scared that patchouli will make you smell like a hippie. You won’t smell like a hippie when you wear Elle (nothing wrong with that, anyway), but you will smell like a supermodel; I promise you that.

This entry was posted on Thursday, May 26th, 2022 at 9:00 pm and is filed under #EscentualScents, Fragrance, Fragrance Notes. You can follow any responses to this entry through the RSS 2.0 feed. You can skip to the end and leave a response. Pinging is currently not allowed.

@escentual If you’ve heard about @clarinsuk’s Treatment Essences but you’re not sure which one's for you, you’re in luck. Our… https://t.co/xY7NH2Wj63
2 days, 4 hours ago • reply • retweet • favourite

@escentual Looking to upgrade your skincare routine? If so, you might just want to try your luck with our @clarins_uk Super Re… https://t.co/8k5DDp4orI
2 days, 23 hours ago • reply • retweet • favourite

@escentual Wondering which fragrances made it into June's #EscentualScent Perfume Trial? Or keen to learn even more about the… https://t.co/s4aO21XNRf
3 days, 6 hours ago • reply • retweet • favourite