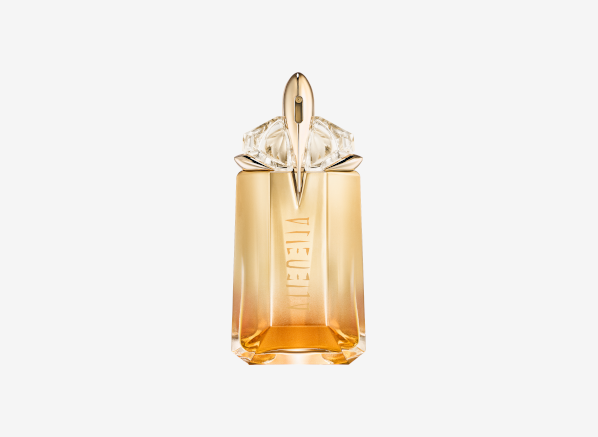 Alien Goddess Intense is similar to Alien Goddess but with a bold, powerful personality and less coconut (though that delicious note is still there, thankfully). As a huge fan of the original scent – I have worn it on every holiday I’ve been on since it launched – I can imagine wearing the Intense version in the evenings or on days I need to feel my most confident self. Read on to find out why with my full Alien Goddess Intense review… 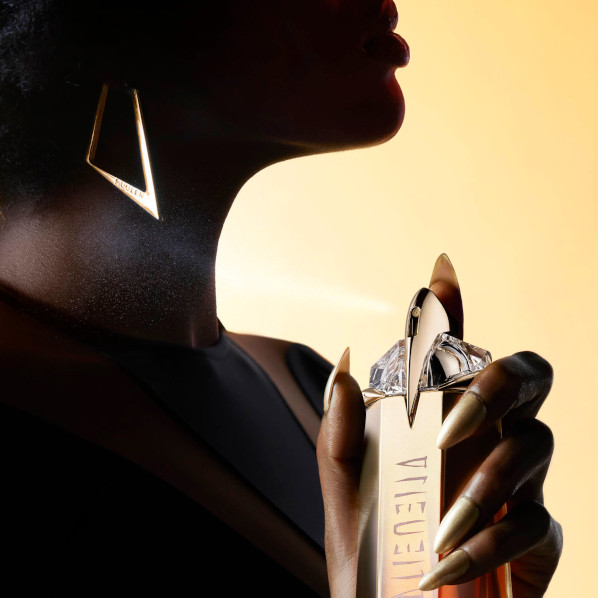 Opening with a rush of citrusy bergamot that’s both tangy and bright, the Alien Goddess Intense fragrance is given a sweet edge thanks to the delectable creamy coconut note – it isn’t as prominent as in the original Alien Goddess, but still leaves a delicious creaminess. The heart features Goddess’ central Superinfusion of Jasmine Grandiflorum accord, which is joined by a refreshing new jasmine tea facet, resulting in a scent that pulses with silky white floral tones which dominate until the base warms its way to the surface. Vanilla, benzoin and cashmeran make a rich and sensuous base that has a warm, woody depth without being sickly sweet, thanks to the opulent and uplifting cashmeran. 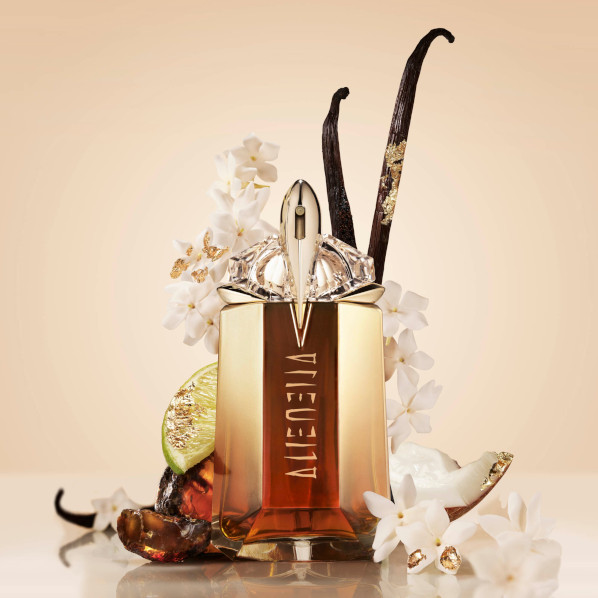 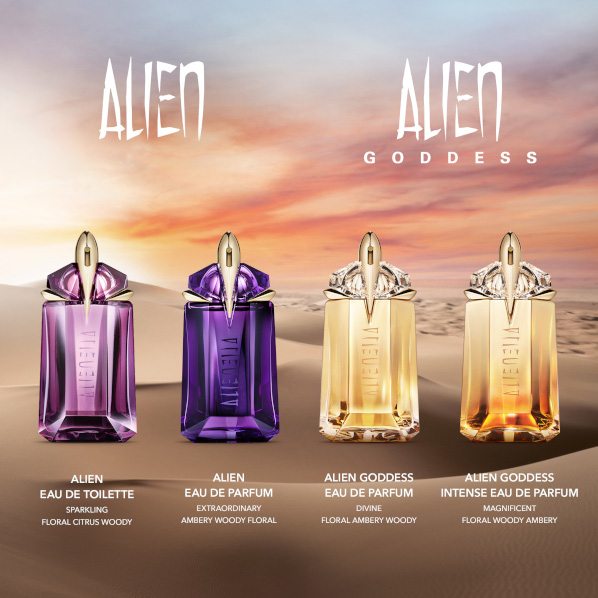 Lovers of sweet, rich scents will adore this fragrance, but its heavy white floral signature has a traditionally more feminine feel. 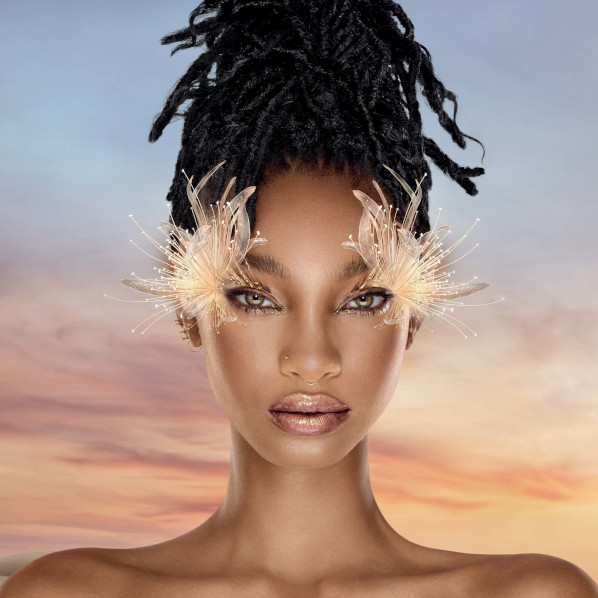 The Eau de Parfum lingers on your skin for 6-7 hours, becoming more woody as it wears.

Recalling the original Alien Goddess design, Mugler’s combination of gold and glass is ethereal and striking. Alien Goddess Intense has a darker amber-copper to gold ombre effect compared to the original, which perfectly reflects the rich fragrance within. 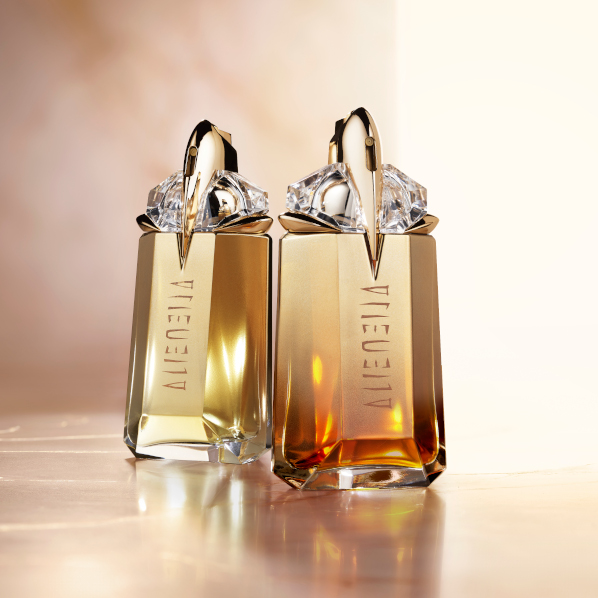 The outer design is recyclable.

This entry was posted on Thursday, August 11th, 2022 at 3:41 pm and is filed under Fragrance Review. You can follow any responses to this entry through the RSS 2.0 feed. You can skip to the end and leave a response. Pinging is currently not allowed.

@escentual Do you find applying SPF to your little one tricky? Try these three ways for making sure you apply SPF correctly to… https://t.co/Kw1Z1INnxA
2 days, 11 hours ago • reply • retweet • favourite

@escentual Looking for that #FridayFeeling? Prada Paradoxe is the perfect floral scent to carry you through whatever you have… https://t.co/ZzU00dQGmY
3 days, 4 hours ago • reply • retweet • favourite

@escentual If you cringe when we say: orange lines, white patches, tiger bread skin, streaks, and an orange hair line, then yo… https://t.co/pKqar5xzYg
4 days, 1 hour ago • reply • retweet • favourite