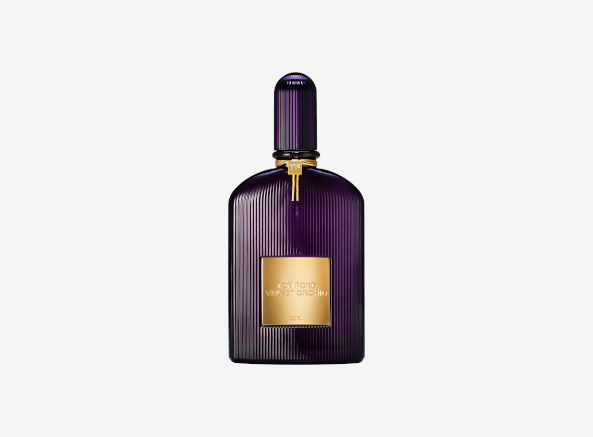 If you like the idea of wearing the cult-status Black Orchid, but you want something sweet, Tom Ford Velvet Orchid is the one for you. It tosses the original into a barrel of rum and drizzles it with sticky, golden honey.

Rum and honey are both luxuries that we’re told should be enjoyed in small doses. But not with Velvet Orchid. Rich, dramatic and impossible to ignore, the amber-floral Velvet Orchid starts off with a dazzling blend of Italian bergamot and honey, which coats the velvet orchid petals of the heart in its sugary sweetness.

The heart doesn’t just feature a velvet orchid accord; it also maintains Tom Ford’s exclusive black orchid, which was created solely for his Black Orchid perfume, but is borrowed for Velvet. The elusive, elegant orchid note is warmed with cosy sweet vanilla and Peru balsam to add a resinous touch. Tom Ford also adds a splash of boozy rum for even more warmth.

The legend that is Black Orchid was launched back in 2006. It was originally created as a women’s fragrance, but men just couldn’t keep their hands off it. So, Velvet Orchid was released in 2014 as a sweet, uber-feminine counterpart. Yep, you guessed it: Velvet Orchid is still loved by men.

If you’re interested in knowing which types of Tom Ford fragrances tend to appeal to men or women more – as well as learning about Tom Ford himself – have a browse of our guide to the brand:

If you like Black Orchid but it feels a little too dark for you, you’ll love Velvet Orchid as it’s sweetened considerably. The end result is a fragrance that’s not made for the faint-hearted; it’s a bold, punchy floral fragrance that wants to be noticed. 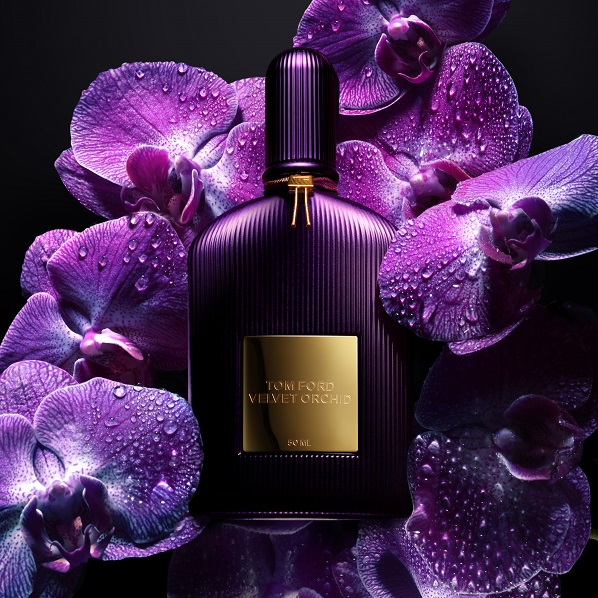 Take Black Orchid and add the warmth of rum and the full-bodied sweetness of honey, and you’ve got Velvet Orchid. It’s a much sweeter version of the original, so it feels closer to traditionally heady white floral fragrances than the original, which has more darkness.

Tom Ford Velvet Orchid was created as a fragrance for women as it’s the sweeter Velvet Orchid. However, it’s loved by men who like sweeter fragrances.

If you find a Tom Ford Eau de Parfum, you can expect an average of six hours of wear. But, you’ll often find that amber fragrances will last even longer due to their notes compared to other fragrance families, so I wouldn’t be surprised if Velvet Orchid lasts even longer on you.

As is only right, the Velvet Orchid perfume bottle shares similarities to the original Black Orchid flacon. The art deco-inspired bottle, glistening gold label and hand-tied cord have returned, but the glass is now an opulent dark purple hue. It gives me Quality Street ‘the purple one’ at Christmas-time vibes.

This entry was posted on Monday, November 14th, 2022 at 9:05 am and is filed under Fragrance, Fragrance Review. You can follow any responses to this entry through the RSS 2.0 feed. You can skip to the end and leave a response. Pinging is currently not allowed.

@escentual Obsessed with #newbeauty? Catch up on our Instagram LIVE to hear the latest launches and upcoming #offers... LIVE… https://t.co/uy3cj1aBGV
1 day, 45 minutes ago • reply • retweet • favourite

@escentual Did you know we've launched the No.1 professional hairbrush brand in the US? Introducing...Wet Brush! Recommended… https://t.co/DlEMs8rqll
2 days, 1 hour ago • reply • retweet • favourite

@escentual Happy December 1st! 🎄 If you're ready to get in the festive spirit (or already in full festive mode), we think you… https://t.co/9z8q2WA6MK
5 hours, 45 minutes ago • reply • retweet • favourite