We’ve created the ultimate blind challenge to test some of the most iconic fragrances against the range’s newest fragrance flankers. Each scent will be reviewed completely blind through three tests, including a four-hour longevity test, to determine which scent our team loves most. The catch? There are no brands, gender, or pricepoint to influence their opinion – just the fragrance and three team members’ expert noses. 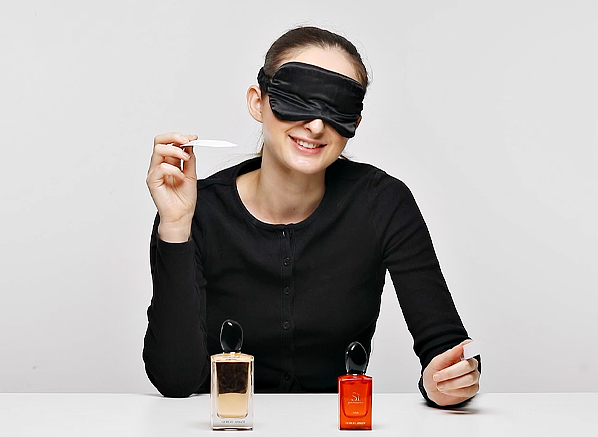 Armani Si Passione Eclat joined the collection in 2022 as a more refined, brighter and slightly cleaner take on the original Si Passione, but how does it fair against the iconic Si Eau de Parfum? The two floral fragrances have distinctly different backstories; Si Eau de Parfum was inspired by the classic chypre fragrance Giorgio Armani’s mother wore. Whereas Si Passione Eclat is a modern take on fragrance, representing the passion that enhances your life.

The best-selling Si Eau de Parfum is known for its balance of refreshing florals that melt into a sweet and additive impression of vanilla and amber. The Si Passione Eclat Eau de Parfum has the same seductive base without resinous amber; it continues to spotlight a refreshing, jammy heart of damask roses as opposed to the brighter white floral heart of Si EDP.

After four hours of wear, both fragrances held up well, but Si Passione Eclat took the win for most long-lasting.

It was a hard choice! But the icon won on preference, with two of three of our team members picking it at the end of the challenge. 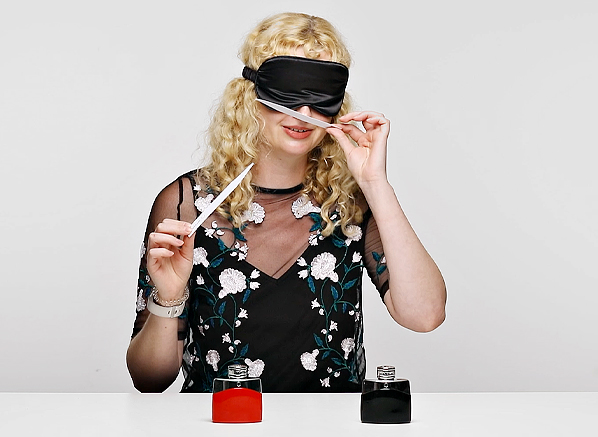 The contemporary scent of Montblanc Legend represents the brand’s hundred-year history and has become a status symbol for the modern man. Montblanc Legend Red is a bolder take on the original; the structure is the same but brighter. The sparking herbaceous notes make it a wearable daytime scent. Orange and grapefruit add a juiciness to the Eau de Parfum and are enhanced by the cosy woods and warm vanilla of the Eau de Toilette.

We think Montblanc Legend Red is suited to a sexy, rugged character, with all of our team pairing it with Chris Hemsworth. Montblanc Legend EDT reminded our team members of the freshness of nature, like the new snow and sea spray. The Eau de Toilette was paired with sophisticated and polished characters like Robert Pattinson.

Unsurprisingly, the Eau de Parfum had a better projection and longevity after four hours. Our team felt the fragrance smelt almost the same as when it was sprayed on the testing strip. 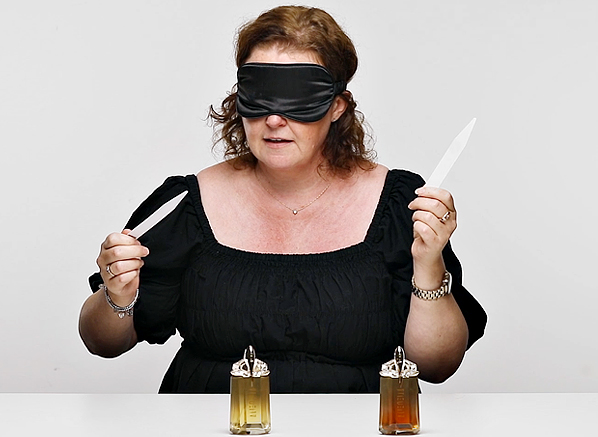 Theirry Mugler’s Alien Goddess collection is based on three olfactory revelations that embody a Goddess: radiance, miraculous and mindfulness.

The original Alien Goddess Eau de Parfum is an amber-floral fragrance that projects a warm and comforting tropical scent. Alien Goddess Intense has a similar solar scent with the same bright and vibrant top notes of coconut and bergamot. However, the Intense version has its own unique personality, offering an amplified version of the original that’s richer and deeper; it amplifies the jasmine notes with a super infusion of Grandiflora and jasmine tea, alongside a new addition of resinous benzoin.

Due to its bright solar notes, we paired Alien Goddess with young, vibrant figures we aspire to be like Zoe Kravits. Alien Goddess Intense is classically feminine due to its softness; we paired it with a sophisticated character like Natalie Portman.

Surprisingly, Alien Goddess just pipped Alien Goddess Intense in the four-hour longevity test. Although it was a close call between the two fragrances.

Lots of our team recognised the distinct scent of Alien Goddess. It was a tricky one, but the classic Alien Goddess took the win (probably because SO many of our team members love it already).

This entry was posted on Saturday, November 26th, 2022 at 8:00 am and is filed under Fragrance, Fragrance Review. You can follow any responses to this entry through the RSS 2.0 feed. You can skip to the end and leave a response. Pinging is currently not allowed.

@escentual Trying to make it to January payday... #Valentino We have so much love for Kristen McMenamy and @MaisonValentino… https://t.co/Lr664ECUEn
1 day, 17 hours ago • reply • retweet • favourite