The New Vs Iconic Fragrance Showdown

Some incredible fragrance flankers launched in 2022. But how do they live up to the iconic fragrances they were based on? We had to find out! We put the latest fragrance launches to the test in our blind fragrance battle, reviewing each completely blind in three trials, including a four-hour longevity test, to determine which scent our team loves most. The catch? There are no brands, gender, or pricepoint to influence their opinion – just the fragrance and three team members’ expert noses.

What is a Fragrance Flanker?

A flanker is a fragrance within a franchise – a variation of a classic or best-selling fragrance (a pillar) that brings something new to the series. So, if you think of Mugler Alien as a pillar, then a scent like Mugler Alien Goddess would be a flanker – it flanks Alien. 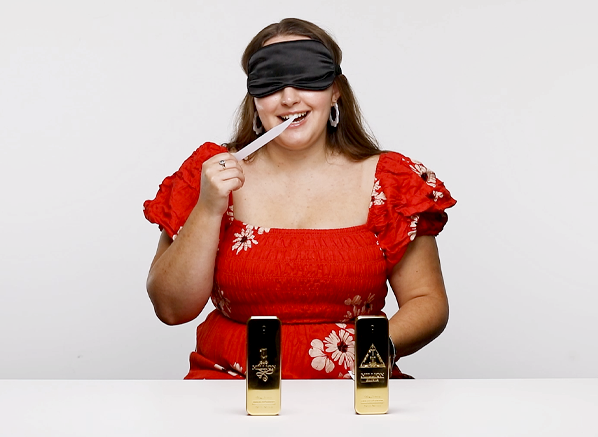 The 1 Million Exilir Parfum joined the collection as a richer take on the classic scent. The two scents are like day and night; If you’re a fan of the original but want a more powerful signature and longer-lasting wear for the evening, Exilir Parfum should be your go-to. The best-selling Eau de Toilette is slightly warmer with its heart of cinnamon and spices. Both fragrances still offer a sensual base that showcases the earthiness of patchouli; however, the Eau de Toilette has a more animalistic approach with leather and resinous amber tones. As opposed to the slightly boozy sweetness of vanilla notes in the Parfum Intense.

Our team members felt Paco Rabanne 1 Million EDT would make a great day fragrance. They felt the scent would suit a cool character like Angus Cloud or Robert Pattison. The trio agreed that Paco Rabanne’s 1 Million Exilir was sexy and could be worn by all genders.

It was a close call! But the new fragrance won on preference, with two of three of our team members picking it at the end of the challenge. 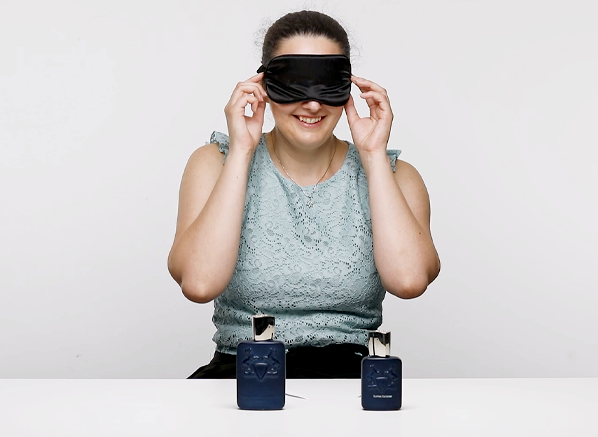 The heart is where the fragrances are most dissimilar, both have an unexpected floral edge, but Layton Exclusif projects an added warmth from the blend of cinnamon and agarwood. The base note structure is identical, blending warm woods with earthy patchouli and addictive vanilla. However, Layton Exclusif goes one step further, adding cypriol to the mix to amplify the aromatic earthiness of the fragrance.

We were impressed with the longevity of both fragrances. But D took the win after four hours of wear. 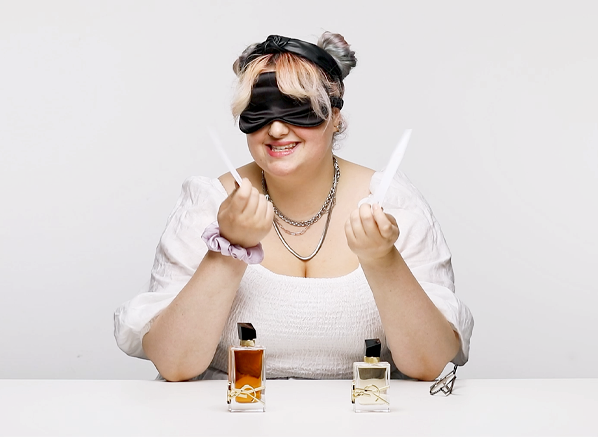 Libre Le Parfum was a hot addition to the Yves Saint Laurent Libre fragrance collection in 2022; Le Parfum enhances the orange blossom and lavender signature of the original scent with a spicy saffron accord. Both fragrances were designed for the same Yves Saint Laurent woman that has been consistently fierce, bold and unapologetic since 1961.

Libre Le Parfum boasts a luxurious saffron top note crafted exclusively for Yves Saint Laurent as a tribute to Mr Saint Laurent’s favourite ‘fleur de feu’. This powerful addition joins a refreshing mandarin citrus start similar to the original Eau de Parfum alongside other warm spices. Aromatic lavender, sourced in YSL’s birthplace France, is an important part of both fragrances, but it is amplified in different ways. Libre Le Parfum solely focuses on the soothing nature of lavender. Whereas, Libre Eau de Parfum pairs the note with a collection of bright jasmine accords. But what is really different is the base notes; in Le Parfum, the base is addictively sweet with its blend of honey and vanilla bourbon. Libre Eau de Parfum mirrors that same vanilla note but pairs it with deeper, resinous notes of amber and musk.

Due to its light, delicate nature, our team paired the new YSL Libre with celebrities that felt embodied those characteristics. The team paired the Yves Saint Laurent Libre Eau de Parfum with similar celebrities, including Elle Fanning, Natalie Portman and Ariana Grande.

The Le Parfum just pipped the Eau de Parfum in the four-hour longevity test. However, it was a close call between the two fragrances.

It was a tricky one, but the newcomer (Yves Saint Laurent Le Parfum) took the win with two out of three votes.

This entry was posted on Friday, January 13th, 2023 at 8:00 am and is filed under Fragrance, Fragrance Review. You can follow any responses to this entry through the RSS 2.0 feed. You can skip to the end and leave a response. Pinging is currently not allowed.

@escentual Trying to make it to January payday... #Valentino We have so much love for Kristen McMenamy and @MaisonValentino… https://t.co/Lr664ECUEn
2 days, 5 hours ago • reply • retweet • favourite