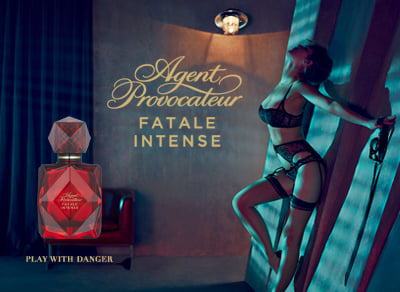 Agent Provocateur, French for 'Enticing Agent' was founded in 1994 by Joseph Corre (incidentally the son of Vivienne Westwood) and Serena Rees and is perhaps London's most infamous lingerie company, forever associated with seduction, pleasure and sensual allure.

Since early 2000, Agent Provocateur has been blending fine seductive fragrances following the success of their decadent signature scent.

A further three hedonistic fragrances have emerged since those early days, all of which remind us of the power that a passionate, unforgettable scent can command.