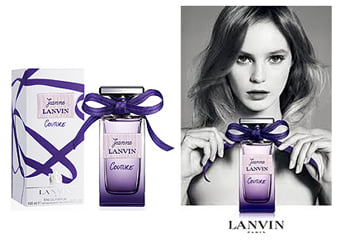 Creative, innovative, endlessly curious, Jeanne Lanvin created her own universe wit fashion, perfume and decoration. Always surrounding herself with the best to accelerate her ascension, she led her house for a half century.

Today, Lanvin is looked after by hands-on Artistic Director Alber Elbaz who has transformed the performance of the house since his induction in 2001. His creativity and talent have returned Lanvin to the forefront of the international stage, realigning the brand's attitude to be more similar to that of Jeanne Lanvin's original vision of refinement, discreteness, grace and femininity.

The Lanvin label began with Jeanne Lanvin, a fashionable Parisienne who, in training as a milliner at the age of 16, developed an eye for detail and intricate finishings. She founded her own small fashion house in 1889 and joined the Syndicat de la Couture exactly 20 years later, which marked her formal status as a couturière.

In creating beautiful and distinctive dresses for her own daughter, Lanvin became a talking point in the social circles of Paris and attracted a substantial clientele of influential and aristocratic ladies and young girls. Building from these contacts, Lanvin opened a new boutique on rue du Faubourg Saint-Honoré, and in turn her popularity swelled.

In 1924, Jeanne Lanvin created Lanvin Parfums at 4 Rond-Point Des Champs-Elysees, an important move that established the company as one of the top couture houses in the world. Led by luxury and creativity, and inspired by movement, fluidity and juxtaposition of materials, the Lanvin perfume legacy is rich and varied. From Arpege, Jeanne's iconic first fragrance and still an international best seller, to Jeanne, a sparkling juice made to the instruction of Alber Elbaz that truly matches the vivacious spirit of the label's founder.

Lanvin's original emblem is still the crest for the entire company, a logo designed by Paul Iribe and based upon an image of Jeanne Lanvin with her beloved daughter Marguerite. Its symbolism harks back to the impetus of the company - Lanvin's designs for her daughter.