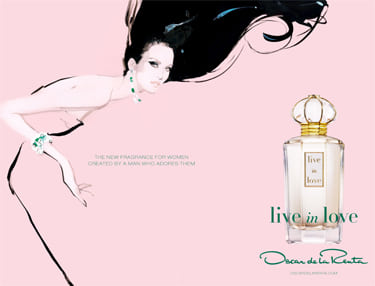 Oscar De La Renta left his home at the Dominican Republic to study painting in Spain.

Instead of becoming the next El Greco, he found himself working for Cristobal Balenciaga in Madrid.

After a few years, he worked for Lanvin in Paris.

He moved to the U.S. to design for Elizabeth Arden, and in 1965, he launched his own signature label in New York.

Today, and 36 years later, the Oscar De La Renta label can be found in men's, women's, perfume and full range of furnishing.