The LGBTQ+ Beauty Icons Who Shaped The Industry 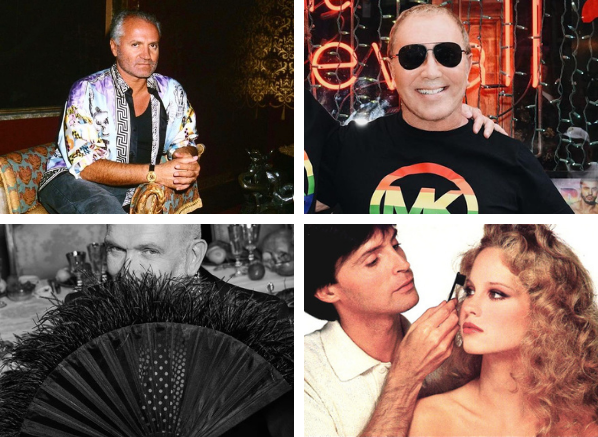 There’s no denying that the LGBTQ+ community has shaped the fashion as well as the beauty industry. Although the fight for equality is still ongoing – it’s still illegal to be gay in 70 countries – many fashion house designers and beauty icons that we know have not only paved the way for beauty, but also for the ongoing fight for LGBTQ+ rights and equality.

As February is LGBT history month, we wanted to take a look back and celebrate some of the queer icons who have shaped our industry and also given back to the LGBTQ+ community, as well as the modern heroes that represent the face of beauty today.

The world is full of so many unique, diverse and beautiful people, and the beauty industry is making waves in celebrating the diversity of the world.

Not only is Michael Kors an award-winning fashion designer and a household name, he is also a proud gay man who has spent most of his career giving back. He’s worked with God’s Love We Deliver for over 30 years, a non-profit organisation that delivers fresh, nutritious meals to people living with HIV/AIDS; he’s donated tens of millions of dollars to them over the years. Kors was awarded the Golden Heart Lifetime Achievement Award from the organisation in 2012, and they even named a headquarter building after him. He’s also been a longtime supporter of the American Foundation for AIDS Research.

In 2019, for the 50th anniversary of the Stonewall uprising and in honour of Pride month, Michael Kors created a #MKGO Rainbow Collection, which was a celebration of colour, joy and true freedom with the message to “wear it with pride”. Kors donated 100% of the profits to God’s Love We Deliver.

In 2010, Michael Kors took part in the It Gets Better Project, showing his continued support and dedication to the ongoing fight for equality and inclusivity, and making sure the LGBTQ+ youth of today feel free and empowered enough to be their true selves.

“I heard every name called to me, and you know what, it wasn’t fun, […] name it, I heard it. I wasn’t the kid on the baseball team. I wasn’t the kid on the football team. I sat sketching in my room, and my idea of a fun afternoon was shopping. And you know what? You feel different; you don’t fit in. You ARE different. But, you know what. Different will turn out to be a great thing for you. It’s hard right now to feel so different, but think about how special you are, and when you know how special you are you’ll see when you grow up, turns out to be a great thing. If I was like everyone else, I couldn’t do what I do, I couldn’t be Michael Kors.”

Jean Paul Gaultier has always been a proud and vocal member and supporter of the LGBTQ+ community and uses his platform to break down barriers. His long-term partner and former business partner, Francis Menuge, died with AIDS in 1990, and JPG credits him for urging him to use his talent and passion to start his empire. In the 1980s, Gaultier went against the norm by featuring transgender models on his runways, including Teri Toye and Roberta Close, as well as challenging “traditional” gender roles by putting men in transparent lace skirts, corsets and tutus while the female models smoked pipes.

As a person and as a brand, Jean Paul Gaultier celebrates the diversity of life and is an ongoing part of the fight for inclusivity and equality. In his fragrance campaigns and on the runways, Gaultier frequently uses same-sex couples to show love doesn’t look one particular way, and even brought out a vibrant rainbow-striped Pride edition of the famous Le Male fragrance for its 25th anniversary last year.

Plus, one of the faces of Jean Paul Gaultier is Violet Chachki, the drag superstar renowned for her classic vintage glamour and for winning the seventh season of RuPaul’s Drag Race.

Since 1974, Thierry Mugler has been breaking down boundaries with his unique, extreme and instantly recognisable fashion and fragrances, while also championing the rights of LGBTQ+. Mugler is a proud gay man, and his designs and scents have always exuded seduction, sexuality and shock factor. Like Jean Paul Gaultier, Mugler showcased transgender models on his runways in the 1980s, with stars such as Connie Fleming, Teri Toye and Roberta Close walking for him.

In 1992, his spring/summer catwalk collection featured a performance by Lypsinka, a legendary drag queen who brought high-camp, humour and drag glamour to his show as the drag queen stripped through four different Mugler looks, bringing queer talent to the centre-stage of the runway.

Gianni Versace is not only known for his vibrant designs and exuberant fashion collections, but he is also famed for bringing fashion and pop culture together, especially in terms of music. He worked closely with the Elton John AIDS Foundation and used his status as a celebrity and major fashion designer to raise awareness and end the stigma.

Versace unabashedly embraced his sexuality and made history by being one of Italy’s first public figures to come out as gay, in an interview with The Advocate in 1995. He stated: “people are feeling freer to comment on all kinds of beauty without feeling that it types them one way or another. It’s great to feel that those of us who have fought for the right to enjoy all kinds of beauty will perhaps have made a difference.” 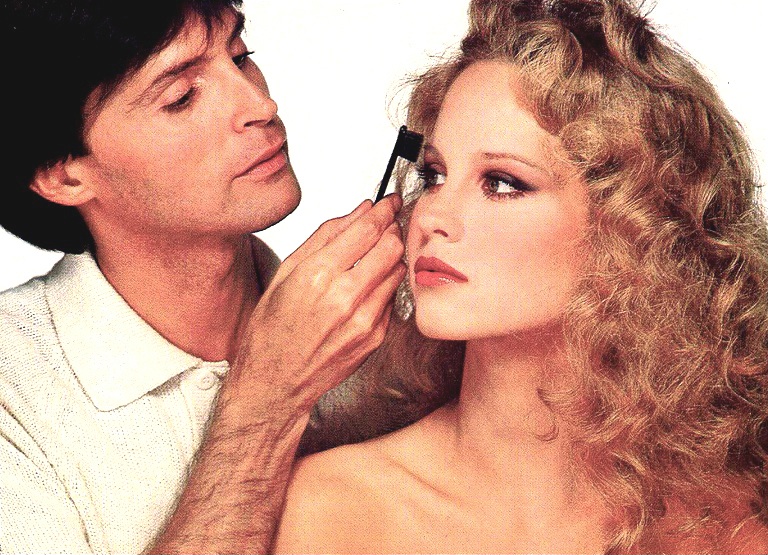 Often hailed as one of the world’s best and first makeup artists, Way Bandy led the way for modern-day MUAs. In 1966, he studied at the first esthetician school in the USA, the Christine Valmy Beauty School, where he was assigned to teach makeup application to students – which was the first of its kind in New York. He became renowned for his flawless and precise signature makeup, and painted the faces of many famous women, including Elizabeth Taylor, Diana Ross, Farrah Fawcett and First Lady Nancy Reagan.

When Way Bandy died in 1986, the AIDs crisis was sweeping through the world and there ensued a period of secrecy, stigma and shame. He had lost friends to the illness and had seen the fear surrounding this disease and also the fear of the stigma. When he passed away from the illness, he directed his lawyer to list his death as AIDs-related in his obituary. Way Bandy was committed to ending the stigma around this illness and refused to be shamed both in life and death, helping to pave the way to understanding, education and acceptance over fear, hate and secrecy.

Way Bandy’s legacy lives on in the beauty community. He influenced a generation of beauty artists and defined what it means to be an MUA; he’s been said to have inspired the legendary 90s makeup artist Kevyn Aucoin, who is another icon that changed the face of beauty and makeup as we know it today and is considered one of the best makeup artists of the modern-day.

A true queen, cover girl and supermodel, there’s no denying the effect that RuPaul has had on the beauty industry, the drag world and the LGBT community. Becoming a MAC girl in 1994, RuPaul was the first drag queen to work with a major cosmetics company when he became the face of their Viva Glam campaign, raising money and awareness for HIV/AIDS.

One of RuPaul’s most notable legacies comes in the form of RuPaul’s Drag Race, which has created a platform for drag artists to compete and show their true selves through the art and beauty of drag, as well as inspiring a generation to come.

Since 2009, the show has been shining a light on this art form and showing that makeup doesn’t have a particular look, style or gender, and that everyone is free to embrace the world of beauty. The show has seen over 160 gay and bisexual men, non-binary artists and trans women compete, and this year welcomed its first trans man drag queen on the show, Gottmikk, showing that drag and beauty has no rules or genders.

Plus, this year has also welcomed the show’s first Welsh drag queen! Tayce is from Newport and is currently competing on the second season of Ru Paul’s Drag Race UK, where she’s winning over fans with her killer runway looks, show-stopping performances and captivating personality.

Nikkie has been making waves in the beauty industry since her debut YouTube video in 2009, with her 2015 video The Power Of Makeup achieving 42.3 million views and being signed as Marc Jacobs Beauty’s Global Artistry Advisor in 2019.

Nikkie is loved for her incredible makeup talent and amazing beauty looks, but in 2020 she shared a deeply personal revelation that she is a transgender woman. Although the Dutch YouTube star made the decision to come out as she was being blackmailed (and outing someone or threatening to is an act of violence), by coming out she has shown what a strong, beautiful and incredible woman she is, and has become a trail-blazer for transgender people everywhere by showing the world her true authentic and wonderful self.

This entry was posted on Monday, February 15th, 2021 at 7:30 am and is filed under Escentual. You can follow any responses to this entry through the RSS 2.0 feed. You can skip to the end and leave a response. Pinging is currently not allowed.

@escentual Looking to upgrade your skincare routine? If so, you might just want to try your luck with our @clarins_uk Super Re… https://t.co/8k5DDp4orI
3 hours, 30 minutes ago • reply • retweet • favourite

@escentual Wondering which fragrances made it into June's #EscentualScent Perfume Trial? Or keen to learn even more about the… https://t.co/s4aO21XNRf
10 hours, 30 minutes ago • reply • retweet • favourite