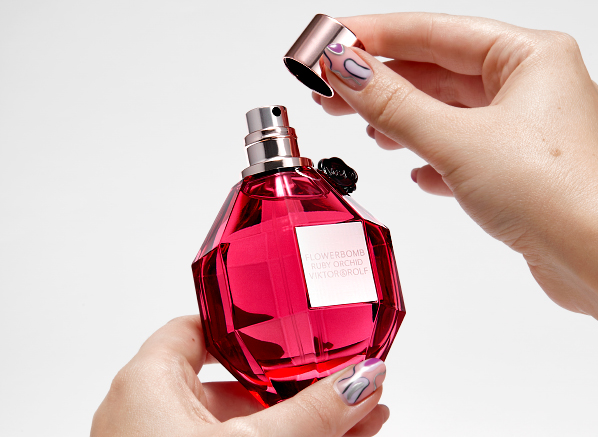 The original Flowerbomb scent is a tough act to follow, but Viktor & Rolf have succeeded. Viktor & Rolf Flowerbomb Ruby Orchid has burst onto the scene in time for 2022 – and it’s sure to prove just as popular as every Flowerbomb before it.

Hints of fruity peach, sumptuous orchid and warm vanilla makes Ruby Orchid provocative and down right delectable; those of us lucky enough to try it at Escentual swooned after just one spritz, and it’s instantly soared to the top of my wishlist as a vanilla-floral fragrance lover. Read on to find out more about this tantalising Flowerbomb scent… 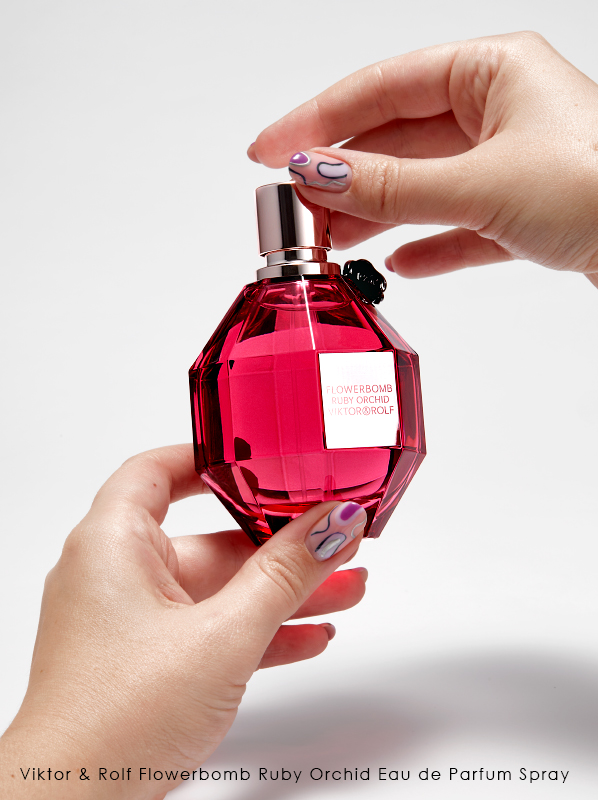 Showcasing a stunning combination of sweet fruity-floral notes that culminate to offer a rich and alluring perfume, Viktor & Rolf Flowerbomb Ruby Orchid is an ode to fresh peach, intoxicating florals and seductive vanilla.

Opening with a surprisingly fresh tone, a fleshy and velvety red vine peach accord tantalises the senses with its sweet and sparkling juicy nuances. Then, the heart of creamy ruby flower orchid blooms; a mysterious and alluring floral that isn’t heavy or sickly sweet, the orchid has a smooth attraction that differs from a lot of floral scents you might be familiar with. Red foxy vanilla bean is the second of the orchid accords to grace your senses, adding a comforting cosiness and a natural sweetness as it takes over, wrapping up this carnal and sensual addition to the Flowerbomb line. 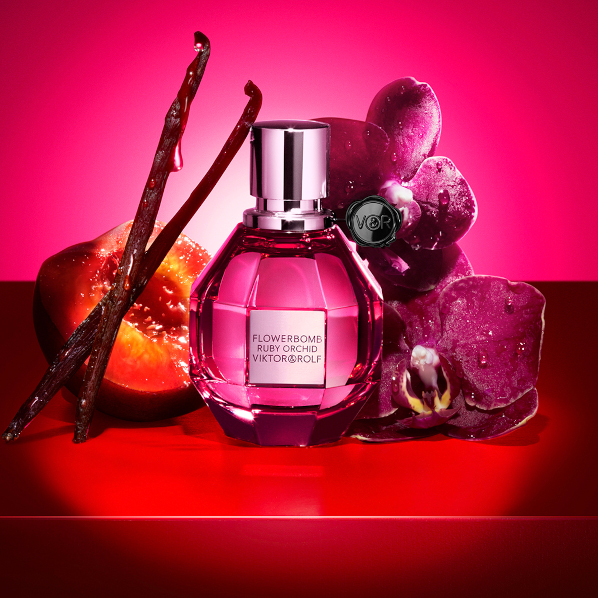 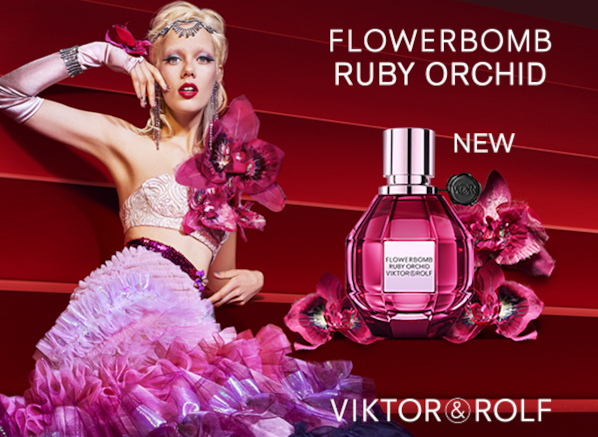 If you love sweet scents and florals but you’re looking to amp up the sensuality of your signature scent, you’ll love the rich and full-bodied Viktor & Rolf Flowerbomb Ruby Orchid Eau de Parfum. Lovers of the original Flowerbomb can add this glamorous addition to their collection for times when they want a deeper perfume. 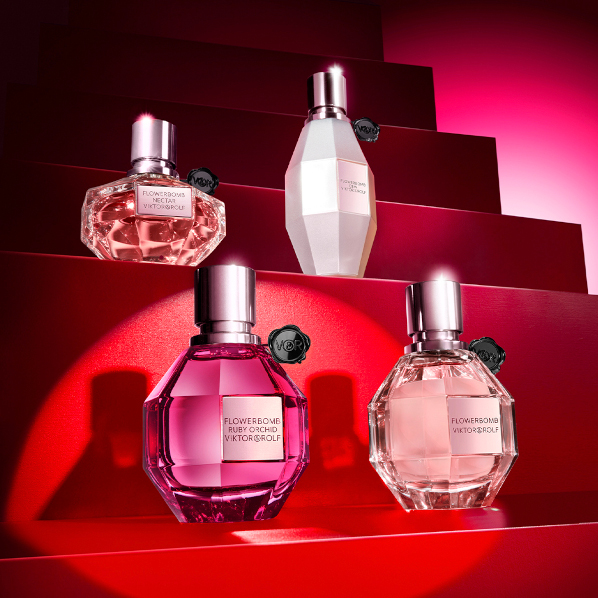 Compared to the lighter, fresher original Flowerbomb scent, which centres around citrus and freesia, Ruby Orchid Eau de Parfum creates a richer mood as warm vanilla and bold orchid dominate. Although there is a similar floral feel that ties it to the original Flowerbomb, Ruby Orchid has its own flare and exudes a more passionate personality. 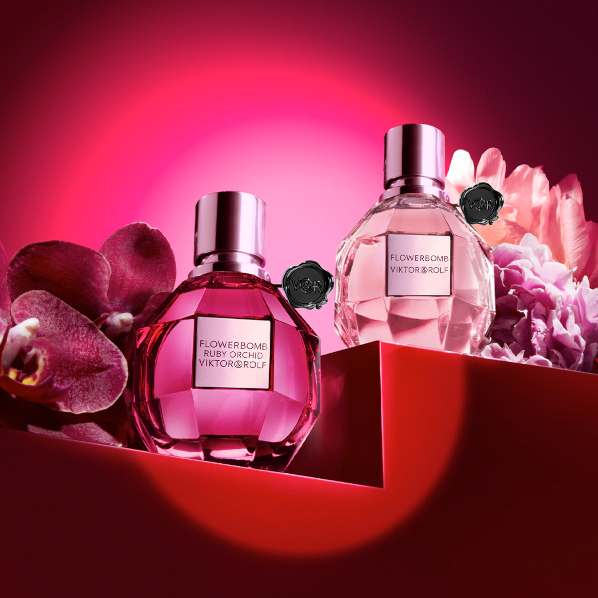 Whilst Escentual believes that fragrance preference is not defined by gender, there are traditional scents associated with masculine or feminine fragrances. Viktor & Rolf Flowerbomb Ruby Orchid Eau de Parfum is more of a classically female fragrance as its sweet floral tone would typically be favoured by women. 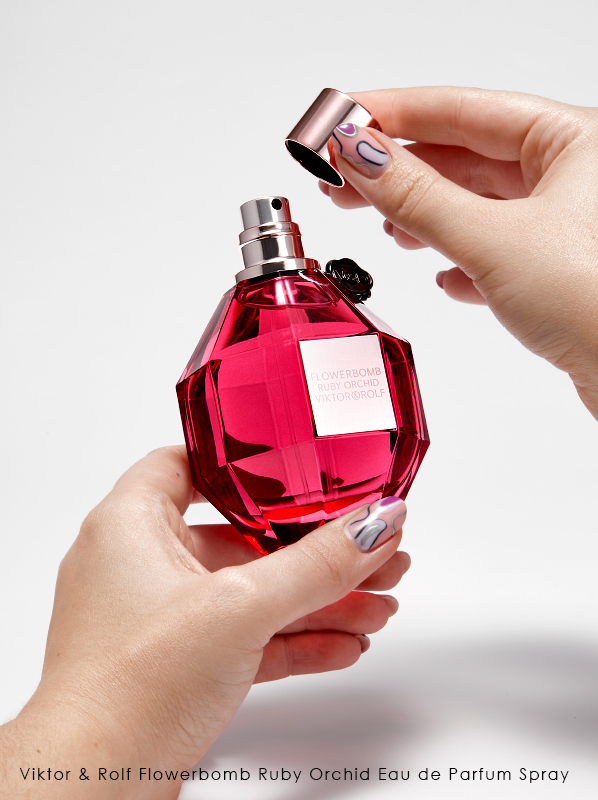 An intense Eau de Parfum, Flowerbomb Ruby Orchid is incredibly long-lasting on the skin; for me, it lasted 10 hours, fading to a soft warm floral after its initial intensity. The fresh vine peach accord begins powerful but dissipates throughout the day, leaving just a hint of fruity freshness as the heart and base notes warm on your skin and take over your senses. 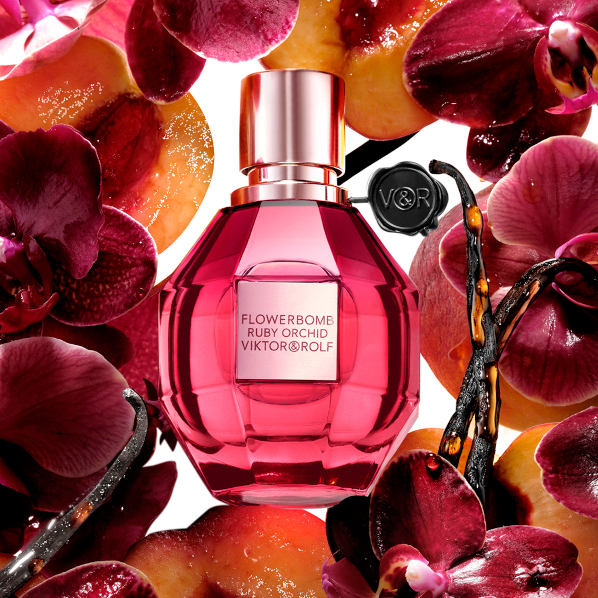 Mirroring the iconic glass design of the original Flowerbomb Eau de Parfum, Ruby Orchid is held within a multifaceted glass bottle shaped like a grenade, ready to explode with its heavenly scent. The instantly-recognisable Viktor & Rolf detonator adds an edgy touch to the bottle as it sits alongside the powerful metallic dispenser. The fragrance itself can be seen within, its rich dark pink shade mirroring the ruby flower orchid within. 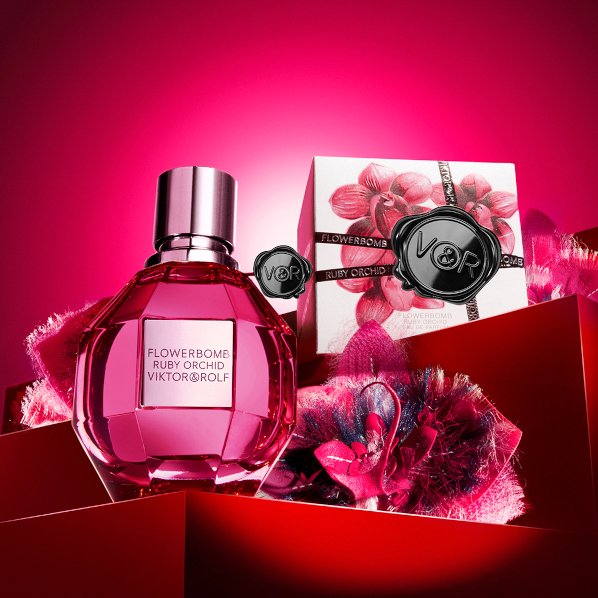 The outer cardboard design has been made from responsible sources.

This entry was posted on Monday, January 31st, 2022 at 9:00 am and is filed under Fragrance, Fragrance Review. You can follow any responses to this entry through the RSS 2.0 feed. You can skip to the end and leave a response. Pinging is currently not allowed.

@escentual Trying to make it to January payday... #Valentino We have so much love for Kristen McMenamy and @MaisonValentino… https://t.co/Lr664ECUEn
23 hours, 20 minutes ago • reply • retweet • favourite