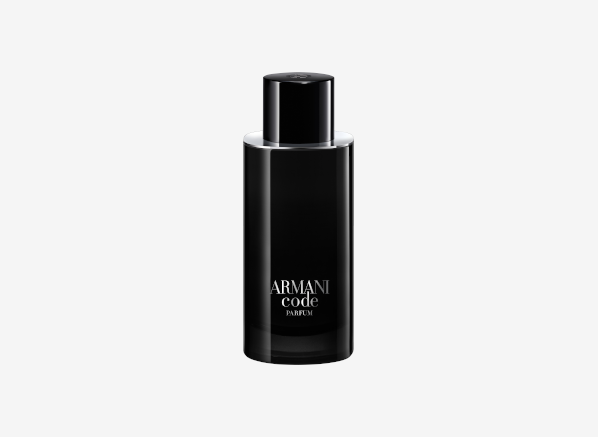 Armani Code is renowned for being a powerful, classically masculine collection that fragrance fans the world over have fallen in love with. And now, Code has been intensified with Giorgio Armani Code Parfum.

New for 2022, Code Parfum has the same signature aromatic-woody tones of the Eau de Parfum, but with a staying power that lasts and lasts. That’s not all that’s different, though; Armani have also taken Code in a more sustainable direction, with responsible sourcing and a refillable format.

But what do I think is the most interesting update? Code’s traditional rich earthy tones have now been refreshed by a new iris heart that transforms the Parfum into a complex and enticing scent that’s both sweet and tough. Read on to find out more…

Bursting with tart fruits and sensuous earthy tones, Armani Code Parfum is a captivating blend of fresh notes and cosy woods. Opening with a refreshing zing of bergamot, Armani use a blend of bergamot facets, including vert de bergamote, which has been specially selected to intensify the green fresh feel as the Parfum dries.

The magic of Code unfurls in the heart as clary sage creates the dominant aromatic tone; it’s a touch sweet, a little musky and very herbaceous. Then the striking iris notes (resinoid and aldehyde) come into play; some of the iris is natural and some is built for Code, so it can add a delicate powdery floral softness amongst the powerful aromatic tones.

The base notes are classic Code as tonka bean and cedarwood create that instantly recognisable rich earthy trail. 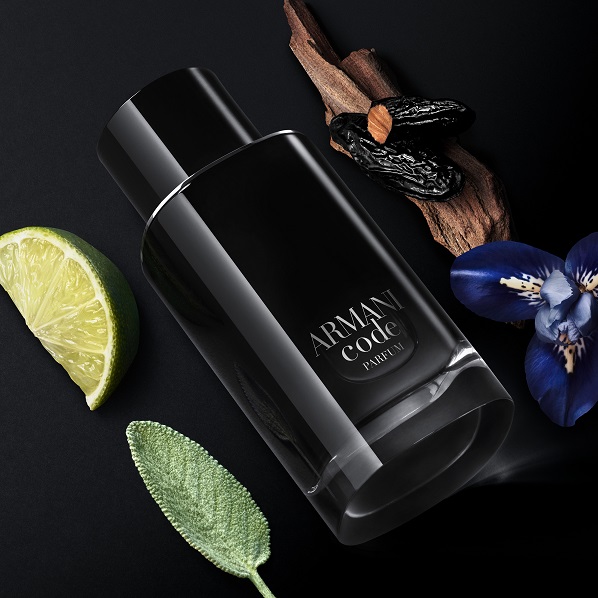 Inspired by fluid, freeing definitions of masculinity, Code Parfum retains the signature woodiness of the Eau de Parfum whilst introducing layers of complexity. The aromatic notes are more prominent in the Parfum, enticing you in and celebrating the sensitive side of masculinity, encouraging the wearer to be true to themselves.

There’s no doubt that lovers of the original Code Eau de Parfum will adore the Parfum version. If you haven’t tried the EDP, then the Parfum will appeal to you if you love aromatic scents and woody notes, especially if your current favourites feature clary sage as it’s so prominent in Code Parfum. Plus, Regé-Jean Page as the face of Code Parfum represents the new era of masculinity captured in the scent. 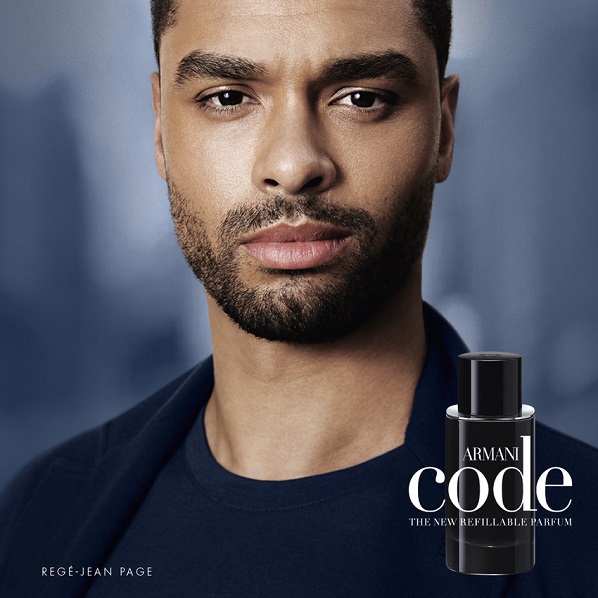 Of course, you can tell this is a Code fragrance. Out of the other two scents in the collection, it’s closer to Code Eau de Parfum due to their shared woodsy aromatic tones.

Not familiar with that scent? Code Parfum is like a stroll through a forest in the evening, where beautiful herbs and flowers have cropped up on the forest floor.

Although Code has a thrilling mix of notes found in both men’s and women’s fragrances, Giorgio Armani Code Parfum has a traditionally masculine feel.

Giorgio Armani Code Parfum lasted well for 8 hours when applied to skin and clothing – clothes even smelt of Code the next day!

With a sleek glossy black exterior and metal accents, the Code bottle is timeless. Its soft-edged rectangular shape adds a chic twist, topped off by a magnetic cap that sits on top of Code’s luxuriously weighted bottle. Plus, its cool design can be reused as it’s refillable to reduce waste. 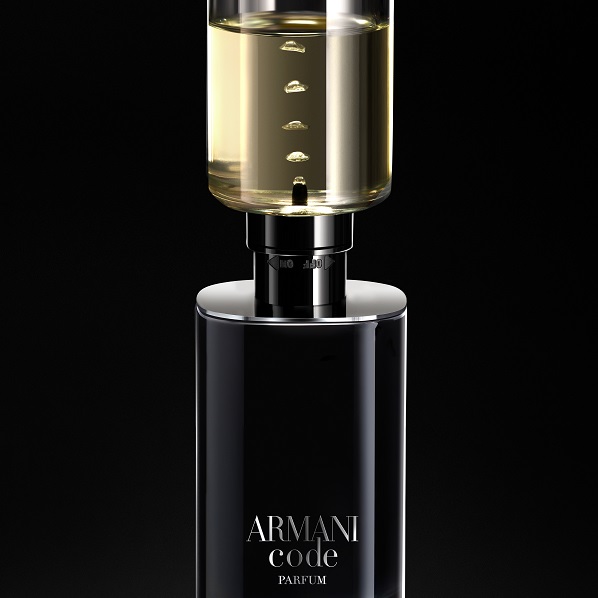 Giorgio Armani are moving towards being more mindful of the planet, sourcing their ingredients ethically and offering a waste-reducing refillable design.

This entry was posted on Thursday, September 8th, 2022 at 11:31 am and is filed under Fragrance Review. You can follow any responses to this entry through the RSS 2.0 feed. You can skip to the end and leave a response. Pinging is currently not allowed.

@escentual Do you find applying SPF to your little one tricky? Try these three ways for making sure you apply SPF correctly to… https://t.co/Kw1Z1INnxA
2 days, 10 hours ago • reply • retweet • favourite

@escentual Looking for that #FridayFeeling? Prada Paradoxe is the perfect floral scent to carry you through whatever you have… https://t.co/ZzU00dQGmY
3 days, 3 hours ago • reply • retweet • favourite

@escentual If you cringe when we say: orange lines, white patches, tiger bread skin, streaks, and an orange hair line, then yo… https://t.co/pKqar5xzYg
4 days, 52 minutes ago • reply • retweet • favourite