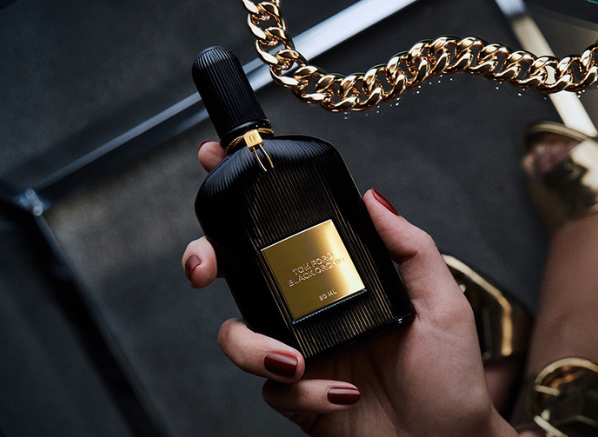 If you’re new to Tom Ford, you must start with Black Orchid. And if you’re already a loyal Tom Ford enthusiast, you’ll understand why. Black Orchid is Tom Ford’s first-ever fragrance, an absolute icon and a best-seller. First launched in 2006, it’s timeless yet still feels effortlessly modern – but I wouldn’t expect anything less from this leading luxury designer brand. Read on to find out why with my Black Orchid review… 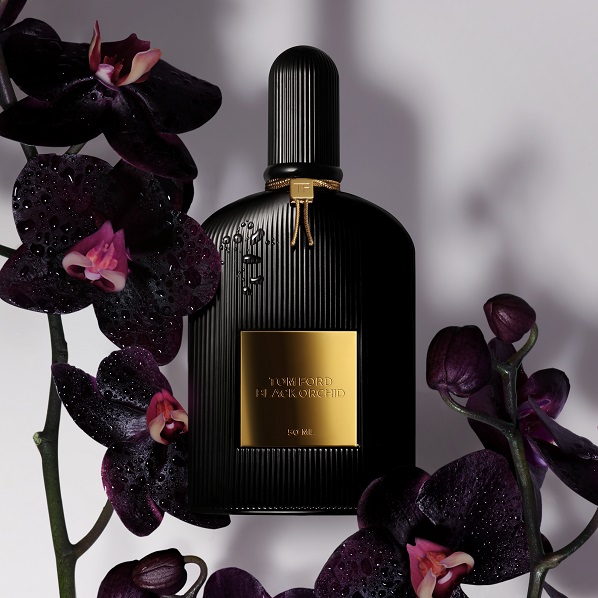 Utterly luxurious and undeniably seductive, this is the Tom Ford scent for you if you want to smell *expensive*. It’s luxury bottled.

The ambre-chypre scent starts out with a touch of citrus-green bergamot, but you’ll get rich, dark and earthy black truffle the most. The heart is powered by Tom Ford’s black orchid fragrance note, which exudes luxury and exclusivity as it was made for this fragrance. This note is enhanced by juicy black plum that feels like crushed velvet.

The darkness and depth of the heart is sweetened by the base as a stunning noir gourmand accord steals the brightness of pineapple and pairs it with the milky sweetness of coconut. You’ll also find one of Tom Ford’s favourite fragrance notes here, patchouli, to add an earthy, dark woodiness. This is enhanced by a smoky, amber blend of incense, vetiver and vanilla. If you’re still unsure if this is the one for you, I love that you can try the fragrance with the travel-size bottle. 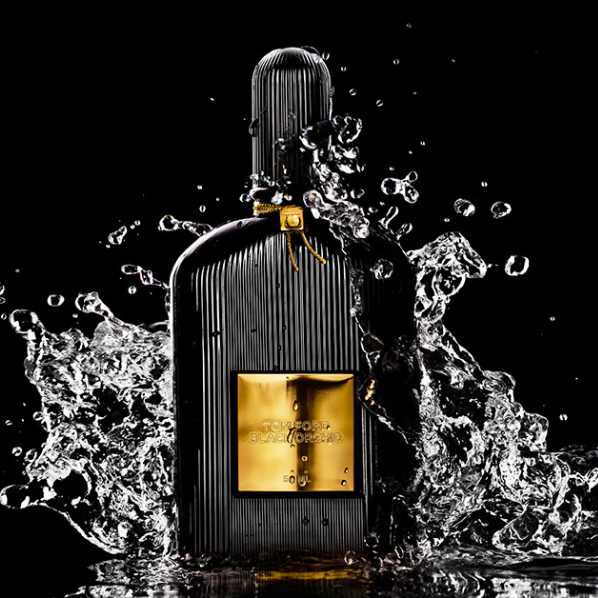 The thing that sets the Black Orchid perfume apart from other scents is its central black orchid note. When Tom Ford was looking to create his first-ever signature scent over fifteen years ago, he wanted an elusive, desirable, and luxurious floral note. He wanted a black orchid. But, no such flower existed, so he worked with a Californian nursery to cultivate his black orchid. This unique floral note runs throughout the entire Black Orchid collection, reflecting Tom Ford’s dedication to fragrance.

Impressed and keen to learn more? You can learn all about Tom Ford’s life, career and fragrance icons with our guide to the brand:

If you love statement fragrances, you’ll adore Black Orchid. It was first launched during the time when fresh, aquatic and clean scents were taking the world by storm – and then this big, bold beauty came along, blowing all of these other scents out of the water. It’s just as popular as ever, and made for perfume lovers who want rich, seductive scents that want to be noticed. 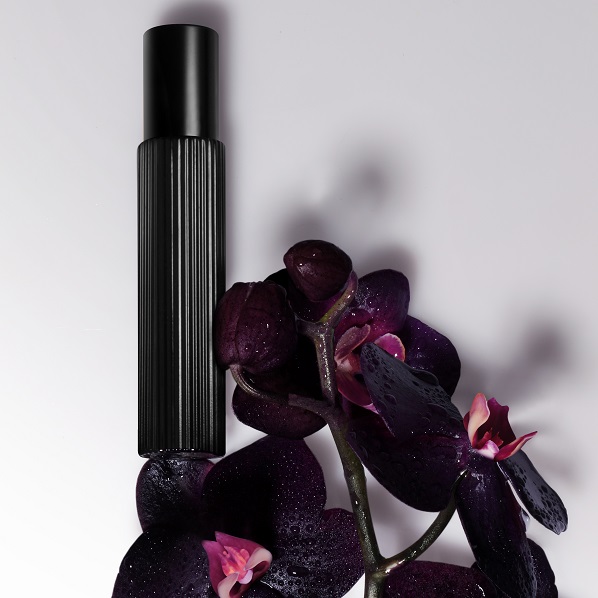 The Eau de Parfum can be compared to a few other Tom Ford fragrances: Black Orchid Eau de Toilette, Black Orchid Parfum, and Velvet Orchid. If you’re looking for the legend, this is it. And this is how these scents compare to the original:

Black Orchid EDT: Now discontinued, this was a tuberose spin on the original.

Black Orchid Parfum: This is a rich, full-bodied version that adds rum and ylang-ylang, while offering longer wear.

Velvet Orchid EDP: A sweet update on Black Orchid sweetened with honey and Rum; it was created to be the uber-feminine option but is still loved by men.

Black Orchid was originally launched as a women’s fragrance. But over the years, it’s proven more popular with men. Today, you’ll find all genders wearing the perfume, which is perfectly in line with Tom Ford’s view on fragrance – wear whatever you like.

Fun Fact: Tom Ford’s driver for the Oscars wore Black Orchid when it was marketed for women. Tom Ford asked, ”do you know you’re wearing a fragrance for women?” The driver said, ”I don’t care, it smells great on me,” That’s when Mr Ford sparked the change for the fragrance to become unisex. 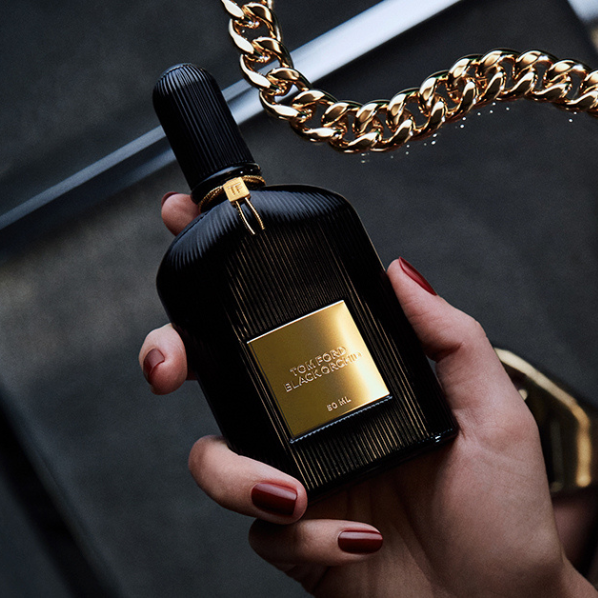 I have to say that I’ve been impressed by the projection and longevity of all of Tom Ford’s fragrances. As an Eau de Parfum, this one lasts an average of six hours, but it lasts a little longer on me – roughly eight hours.

Tom Ford perfume fans will recognise the bottle; held in a matte gold box, the ribbed black glass is held in a slim, art deco-inspired bottle, complete with a gold-plated label and a hand-tied cord around the neck.

This entry was posted on Monday, November 14th, 2022 at 10:00 am and is filed under Fragrance, Fragrance Review. You can follow any responses to this entry through the RSS 2.0 feed. You can skip to the end and leave a response. Pinging is currently not allowed.

@escentual Obsessed with #newbeauty? Catch up on our Instagram LIVE to hear the latest launches and upcoming #offers... LIVE… https://t.co/uy3cj1aBGV
21 hours, 42 minutes ago • reply • retweet • favourite

@escentual Did you know we've launched the No.1 professional hairbrush brand in the US? Introducing...Wet Brush! Recommended… https://t.co/DlEMs8rqll
1 day, 22 hours ago • reply • retweet • favourite

@escentual Happy December 1st! 🎄 If you're ready to get in the festive spirit (or already in full festive mode), we think you… https://t.co/9z8q2WA6MK
2 hours, 42 minutes ago • reply • retweet • favourite