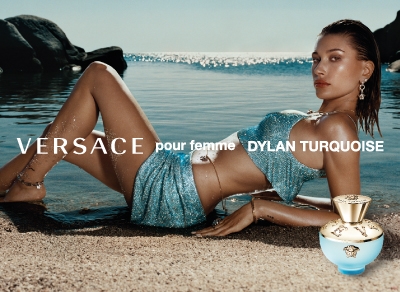 Versace is the last word in luxury, with an innate sexiness that has helped to define modern style.

Founded by Gianni Versace, the company is now headed up by his siblings Santo and Donatella who stay true to Gianni's iconic vision while ensuring that Versace remains at the pinnacle of fashion innovation.

The Versace line of fragrances captures this creative spirit, with sumptuous formulations and tactile packaging. From the iconic scents of The Dreamer and Crystal Noir, to the newer Yellow Diamond and Versus, each Versace scent presents an olfactory dedication to those who treasure fashion.

Gianni Versace was born in Reggio Calabria in 1946. At the age of 25 he moved to Milan and began to work as a freelance designer, creating his first prêt-à-porter collections for Callaghan, Genny and Complice in 1972.

In 1978, Gianni Versace formed his own design house, the House of Versace, and he launched his first menswear collection in 1979. Around the same time, Versace initiated a longstanding collaboration with Richard Avedon. The American photographer who would go on to shoot all the Versace catalogues, and Versace would co-author several books with him in that time. In this time Versace would also become a chief proponent of the Supermodel phenomenon, and his Autumn/Winter 1991 show sent all of the top models down his revered runway.

With Versace's sudden and tragic death in 1997, his younger sister Donatella Versace became the Creative Director of the Versace Group. Her creative vision has helped to mould the luxurious and innovative feel of Versace as it is known today, and has successfully taken the DNA of the company and evolved it for the 21st century.