5 Fragrances Approved By Royalty and Celebs 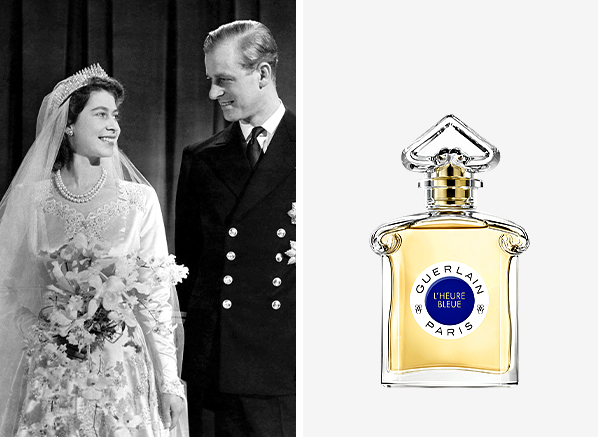 If you’re anything like me, you love finding out what fragrances people wear – and that includes everyone from your best friend to your favourite celebrity. So, I’ve done a little digging to share a list of royalty and celebrity-approved perfumes with you. In fact, many of these fragrances are especially sentimental for these famous faces as they’re rumoured to have made it as their wedding fragrance!

Read on to find out five fragrances approved by everyone from Princess Diana to acting royalty, Audrey Hepburn, and music legend, Adele… 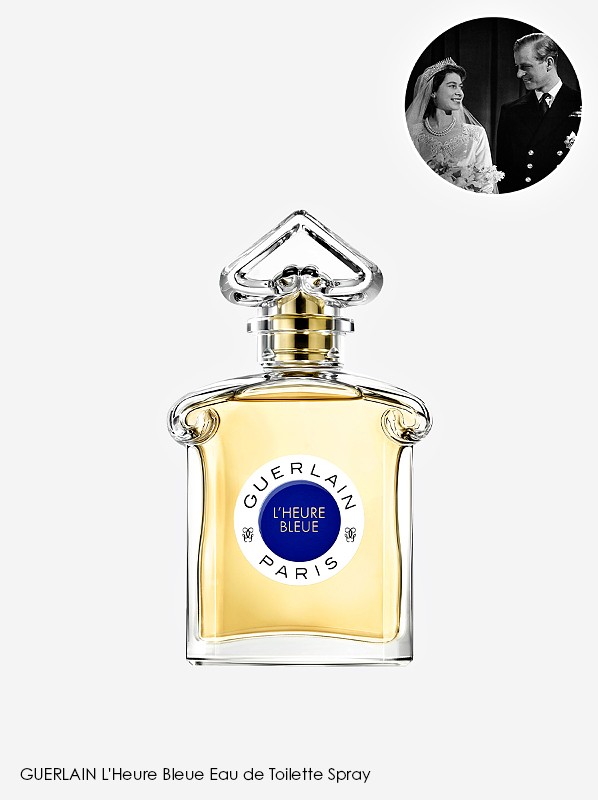 The late Queen Elizabeth II never formally confirmed what her wedding fragrance was, but it’s often said that there are two key contenders: Floris White Rose and GUERLAIN L’Heure Bleue. Both were up there as her favourite fragrances.

Floris White Rose is a rich, vibrant floral fragrance that centres around a romantic, velvety rose alongside a few powdery and musky notes. And it’s not hard to see why the timeless 1912 GUERLAIN L’Heure Bleue fragrance was yet another particular favourite of Her Majesty, either. It pairs fresh bergamot with subtly spiced aniseed but quickly welcomes a heart that’s powered by carnation. As it settles, it reveals a heavily powdered blend of violet and iris, alongside sweet, cosy vanillary facets that have a regal elegance. 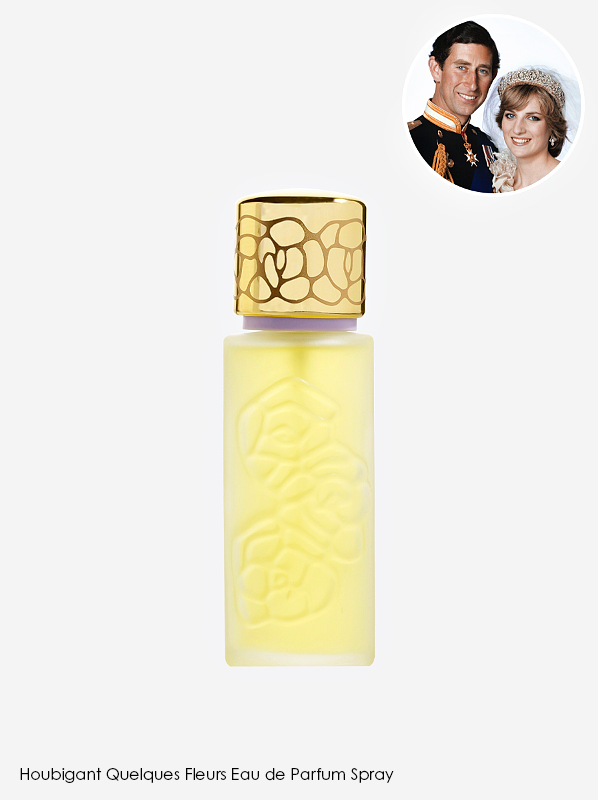 Ahead of her marriage to the then-Prince Charles, the soon-to-be Princess Diana was said to have spilled a drop of the Quelques Fleurs perfume on her Emanuel bridal gown on the morning of the wedding. As recounted in Rosalind Coward’s book, Diana: The Portrait, Diana’s make-up artist, Barbara Daly, revealed that the bride tucked in the front of the dress to hide the stain.

Despite the stress that may have caused, I can totally see why Quelques Fleurs was Princess Diana’s wedding fragrance of choice. First released all the way back in 1912, Quelques Fleurs is laced with over 300 floral essences, resulting in a rich, luxurious floral fragrance with hints of crisp greenery and earthy woody tones. To begin with, it blends heady orange blossom notes with greenery and tart citrus bergamot before unveiling an utterly deluxe blend of precious floral notes over a woody, musky and ambery base. 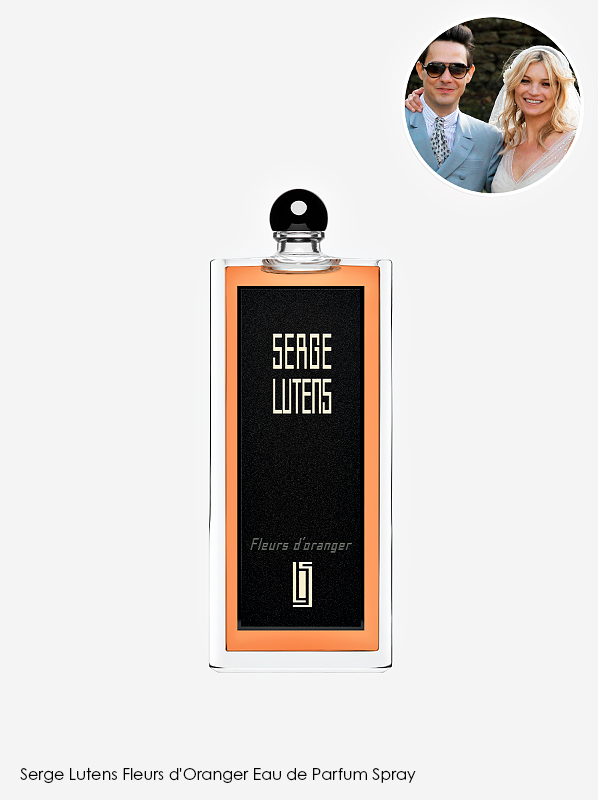 Model and businesswoman, Kate Moss has never officially revealed what fragrance she wore at her wedding, but one of her favourite perfumes of all time is Fleurs d’Oranger by Serge Lutens, a unisex fragrance first launched in 2003. As she loves this scent so much, many speculate that it might have been her go-to for the big day – the sunny and slightly spicy scent certainly fits her British-countryside-meets-Roaring-Twenties wedding.

The Fleurs d’Oranger fragrance celebrates the heady, sweet and intoxicating white floral scent of orange blossom, white jasmine and tuberose. These rich floral tones are lifted by a hint of citrus and enhanced by just the tiniest sprinkling of spice to add a subtle layer of heat. I can certainly see why it’s a favourite for the legendary British model. 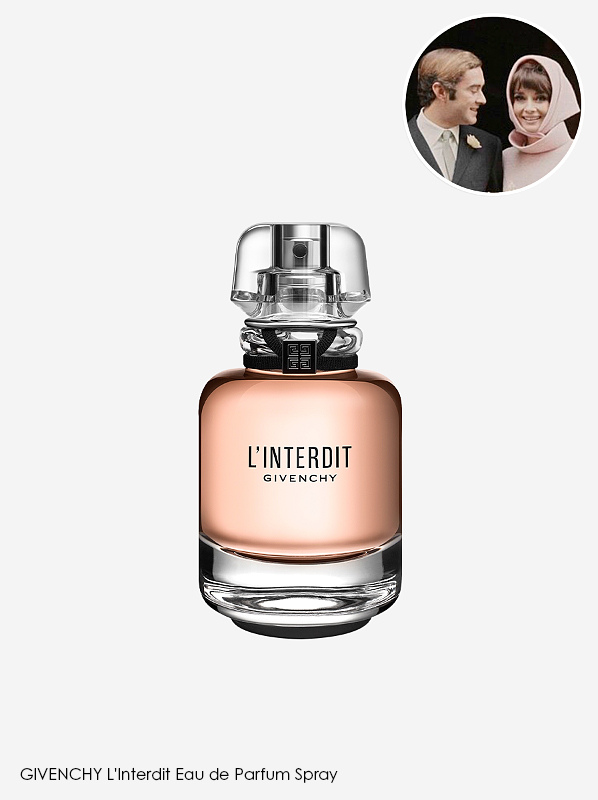 If you know a fair amount about the history of GIVENCHY, you won’t be surprised to find out that British actor, fashion icon and dedicated humanitarian, Audrey Hepburn wore a GIVENCHY fragrance for her wedding to Dr Andrea Dotti in 1969. Why? Because GIVENCHY L’Interdit was created for Hepburn’s sole use in 1957, putting a whole new meaning to the idea of a celebrity perfume. In fact, the iconic fragrance gets its name from Hepburn’s light-hearted remark when Hubert de Givenchy asked if he could commercialise the fragrance. She declared, “Je vous l’interdis!” (translasting to mean, “I forbid you!”)

Thankfully for us, the made-for-Hepburn L’Interdit fragrance was commercialised one year on, so we could all enjoy it. We get a slightly different variation today following the 2018 reboot; however, it’s still similar to the original floral-woody fragrance and iconic chic glass bottle. Today’s scent dazzles with a sparkling, crisp blend of pear and bergamot to begin with before a harmonious blend of white floral notes join together, creating a wedding bouquet in a bottle. And if you haven’t already fallen in love with the fragrance, GIVENCHY’s slightly darker blend of vetiver and patchouli, sweetened by vanilla and ambroxan, will seal the deal.

L’Interdit wasn’t the only bit of GIVENCHY that Hepburn wore on her wedding day, though; her long-sleeved funnel-neck minidress in a soft ballet pink was also created by her dear friend, Hubert de Givenchy. 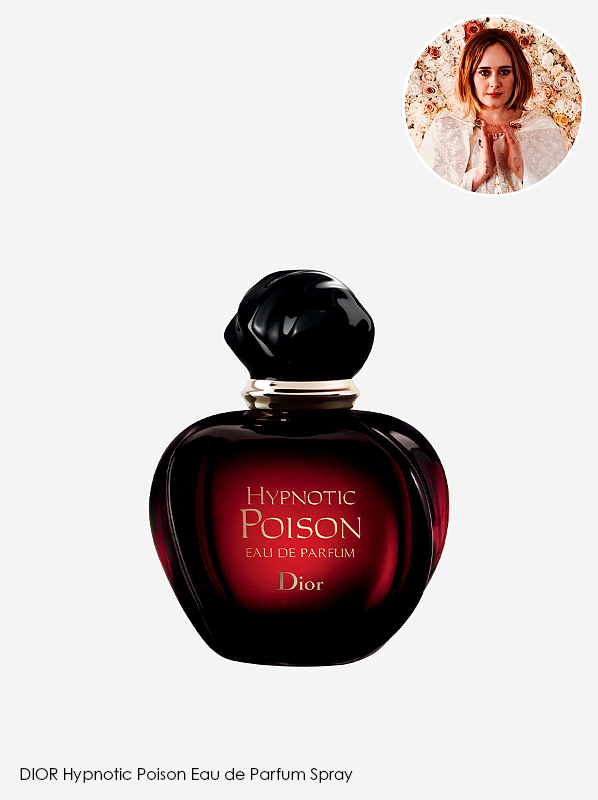 Adele’s 2018 wedding to long-term partner, Simon Konecki, was famously kept under wraps – in fact, no pictures from the nuptials have ever been published. The closest thing we’ve got is this shot of Adele at Alan Carr’s wedding in the same year – loyal Adele fans will know that she was ordained especially to perform the ceremony in her garden!

Although music legend, Adele, kept her own big day incredibly private, it’s rumoured that she wore her favourite fragrance, DIOR Hypnotic Poison. She revealed in 2011 that it’s her go-to perfume.

In the words of DIOR, Hypnotic Poison is a ‘fragrance of mystery’, which is pretty perfect for Adele’s closed-door wedding ceremony. First released in 1998, Hypnotic Poison is a stunning amber-floral fragrance for women, which pairs the rich, lush tones of sambac jasmine absolute with orange blossom absolute and a smooth, vanillary tonka bean note. An unexpected licorice tone adds a seductive, bold edge to the fragrance before sweet, sensuous vanilla warms on the skin.

Another little wonder from olfactory wizard Christopher Sheldrake for Serge Lutens. Created in 1995, Fleurs d'Oranger is a captivating fragrance. The combination of orange flowers, neroli and carefully placed jasmine is offset by a spicy note of cumin deep down in the mix, which lends an oriental and somewhat naughty (ie feral) note to the whole. A bursting bouquet of summer flowers with a rather naughty little secret hidden at its heart. Although essentially a woman's perfume F d'O would work equally well for a confident man who is not afraid to get in touch with his feminine side! An eloquent, erotic and wholly magical invention.

This entry was posted on Monday, September 5th, 2022 at 9:00 am and is filed under Fragrance. You can follow any responses to this entry through the RSS 2.0 feed. You can skip to the end and leave a response. Pinging is currently not allowed.

@escentual Trying to make it to January payday... #Valentino We have so much love for Kristen McMenamy and @MaisonValentino… https://t.co/Lr664ECUEn
1 day, 4 hours ago • reply • retweet • favourite