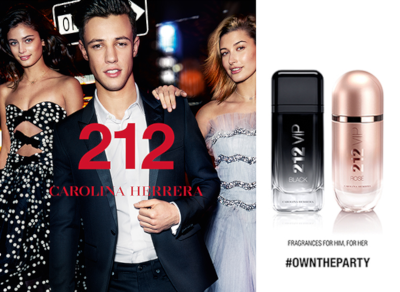 Prior to becoming a fashion designer in 1980, she was on the International Best Dressed List for a decade thanks to her signature white shirt, a look she continues to champion.

With her inherent taste and personal style, Carolina Herrera creates pieces that are both timeless and fashion forward. Her designs are for women who are feminine, at ease with themselves and elegant.

Born in Venezuela, New York-based fashion designer Carolina Herrera has been interested in design from a very young age. Her impeccable sense of style won her much personal respect, and she appeared on international best dressed lists the world over for many years before deciding to put her interests into practice.

After moving to New York in 1980, she founded her eponymous fashion house Carolina Herrera, and began designing for her famous friends and high profile clientele, including Jacqueline Kennedy Onassis. The sleek lines, chic cuts and glamorous feel of her designs proved to be an instant hit, and she soon moved into designing wedding dresses, a diffusion line and a line of fine fragrance.

Carolina Herrera's first fragrance was the self-titled Caroline Herrera Eau de Parfum launched in 1988, followed by the immensely popular 212 fragrances for him and for her in 2000. Today, the collection has expanded to include 212 Sexy and 212 VIP, perfumes directly inspired by the unique nightlife of New York and the essence of urban exclusivity.